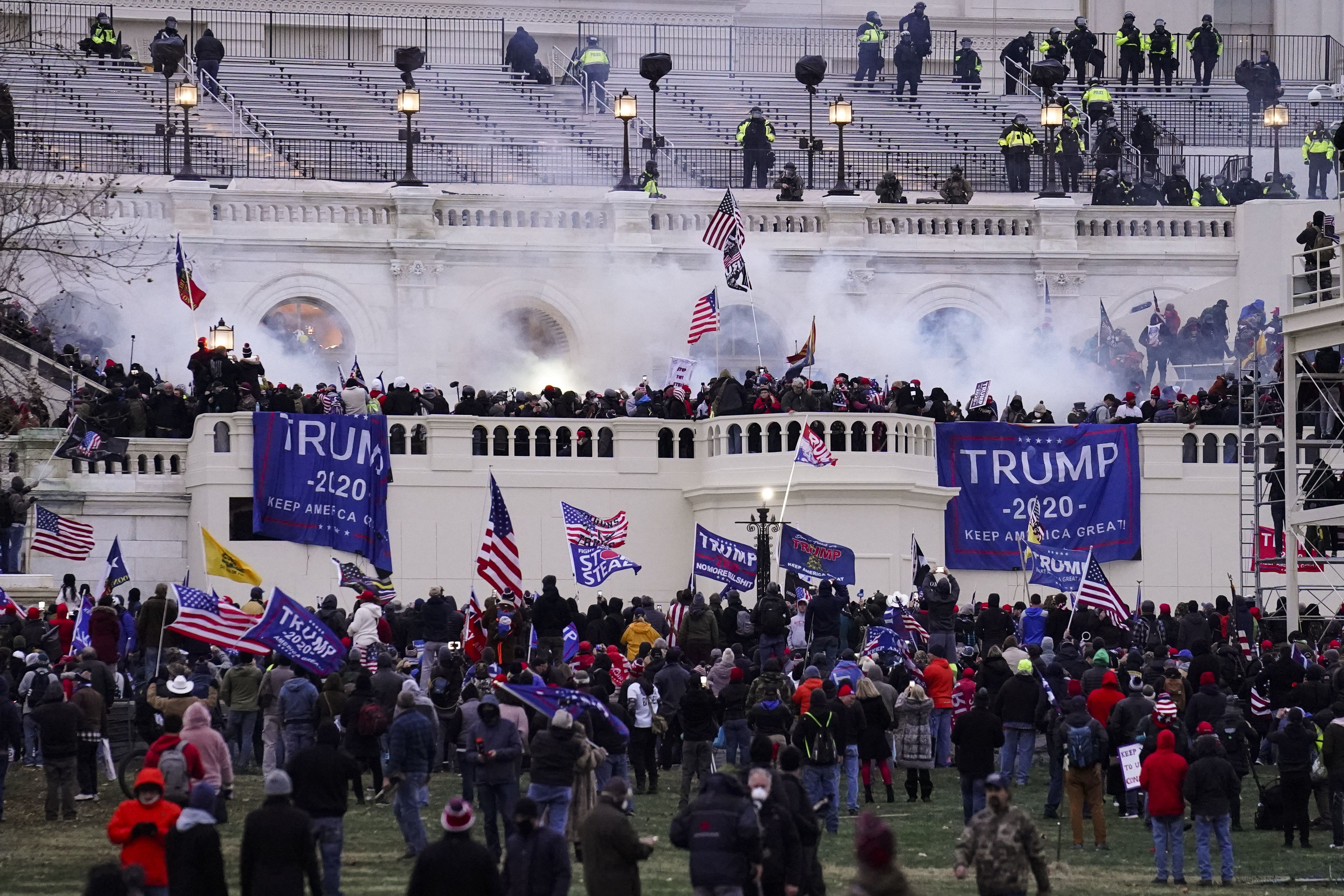 A Senate report examining the security failures surrounding the Jan. 6 insurrection at the Capitol says missed intelligence, poor planning and multiple layers of bureaucracy led to the violent siege. It does not fault former President Donald Trump, who told his supporters to “fight like hell” to overturn his defeat just before hundreds of them stormed the building.

In an effort to be bipartisan — and to find quick agreement on security improvements to the Capitol — Senate Democrats wrote the report with their Republican counterparts and largely steered clear of addressing the former president’s role. The investigation by the two panels, the Senate Homeland and Governmental Affairs Committee and the Senate Rules Committee, makes 20 recommendations for immediate security changes, including legislation to give the Capitol Police chief more authority, better training and equipment for law enforcement and an overhaul of the way intelligence is collected ahead of major events in Congress.

The report also details the violence of the day. Senate investigators collected statements from more than 50 police officers who fought the insurrectionists in brutal hand-to-hand combat. Those officers described injuries, verbal abuse from Trump’s supporters and fear as the police command structure broke down. Some thought they would die.

“It’s our duty to have immediate responses to what happened,” and to do it on a bipartisan basis, said Senate Rules Committee Chair Amy Klobuchar, D-Minn.

Here are some takeaways from the report:

The Senate investigators revealed that the Capitol Police had intelligence in the weeks before the insurrection that some Trump supporters were openly planning a siege to stop the certification of President Joe Biden’s victory. An internal report on Dec. 21 referenced a blog with a map of the Capitol campus and comments threatening armed violence. “Bring guns,” wrote one poster. “It’s now or never.”

Critical race theory is too ideological, divisive for our schools

Separately, private citizens contacted the department and warned of people organizing on Twitter to storm the Capitol. The FBI emailed a memo around that warned of “war.”

But most of that intelligence never reached senior leaders, and it wasn’t briefed in key security meetings hours before the event. At a Jan. 5 meeting with Capitol Police, Secret Service, FBI and D.C. National Guard, no entity “provided any intelligence indicating that there would be a coordinated violent attack on the United States Capitol by thousands of well-equipped armed insurrectionists,” the report said.

The senators recommended that Capitol Police consolidate its intelligence operations into one bureau to “improve the timely sharing of relevant intelligence up the chain of command” and improve coordination with other agencies.

The committee interviewed multiple officials from the Defense Department and the National Guard in an attempt to make sense of the hourslong delay in deploying the National Guard as the rioters were overwhelming the Capitol Police and breaking into the building. They found that the officials described many of the events of the day differently, continuing a pattern of finger-pointing since the attack.