Angels’ Mike Trout says Monday was his best rehab day yet, but he’s at least 3 weeks away 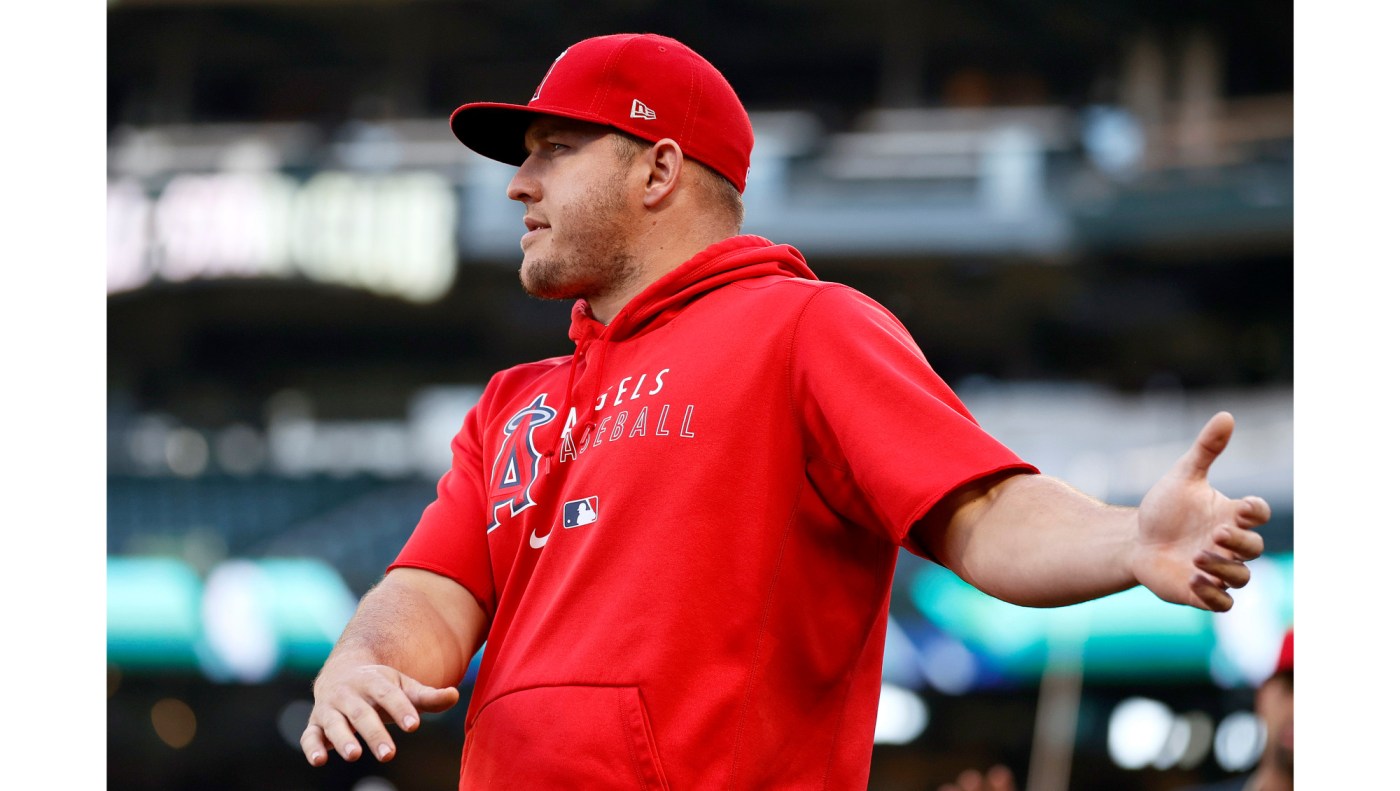 ANAHEIM — Three weeks after suffering the strained calf that sent him to the injured list, Mike Trout still doesn’t have much of an idea of how close he is to a return.

Based on the initial six- to eight-week timeline, Trout should return sometime from early to mid-July.

Although Trout said that Monday was “probably my best day yet,” he said he still hasn’t even jogged, which means the three-time American League MVP can’t gauge how quickly he can rehab.

“I’ll have a better idea once I start moving around, like jogging and running,” Trout said Monday in his first interview since the day he was placed on the injured list. “I can’t tell you the date I’ll do that, but the progress in the last couple days has been good.”

Trout said for now he’s been walking on a treadmill without much intensity. He hasn’t started any baseball drills.

In the meantime, he’s trying to help his teammates by attending the meetings and telling them what he’s seen from opposing pitchers.

Entering Monday’s game the Angels were 9-10 since Trout went on the injured list.

Struggling reliever Hunter Strickland was designated for assignment less than a month after the Angels acquired him from the Tampa Bay Rays.

Strickland had a 1.69 ERA in 16 innings with the Rays, but a 9.95 ERA in 6-1/3 innings with the Angels. On Sunday he entered to maintain a two-run deficit but he allowed two of the three hitters he faced to reach – one on a broken-bat hit – and both scored.

Stablecoins as the future, plus a dissection of AMC's options frenzy

Manager Joe Maddon said he didn’t know what changed with Strickland from his time in Tampa Bay.

“I liked the guy so much,” Maddon said. “He’s such a professional. I don’t know the answer to that. I really don’t. Because I know he had done better there. And I’ve seen him in the past. When you deal with him daily, you cannot ask for more. That’s just who he is. It just wasn’t playing out.

“I’m hoping and I want to believe he’s gonna catch on somewhere else again, as long as he wants to. This guy, he fits in anybody’s bullpen. He’s a great guy. He just wasn’t pitching at the top of his game, but it’s still in there.”

The Angels called up right-hander James Hoyt to replace Strickland. Hoyt didn’t allow a run in 1-2/3 innings with the Angels earlier this season. He has a career 3.64 ERA in 96-1/3 big league innings.

He had allowed 15 earned runs in 10-1/3 innings this season at Triple-A Salt Lake, but Maddon referred to the often-inflated numbers at Salt Lake.

“When you play there, it’s different as a pitcher, not just the way the ball carries but the way your pitches break …read more