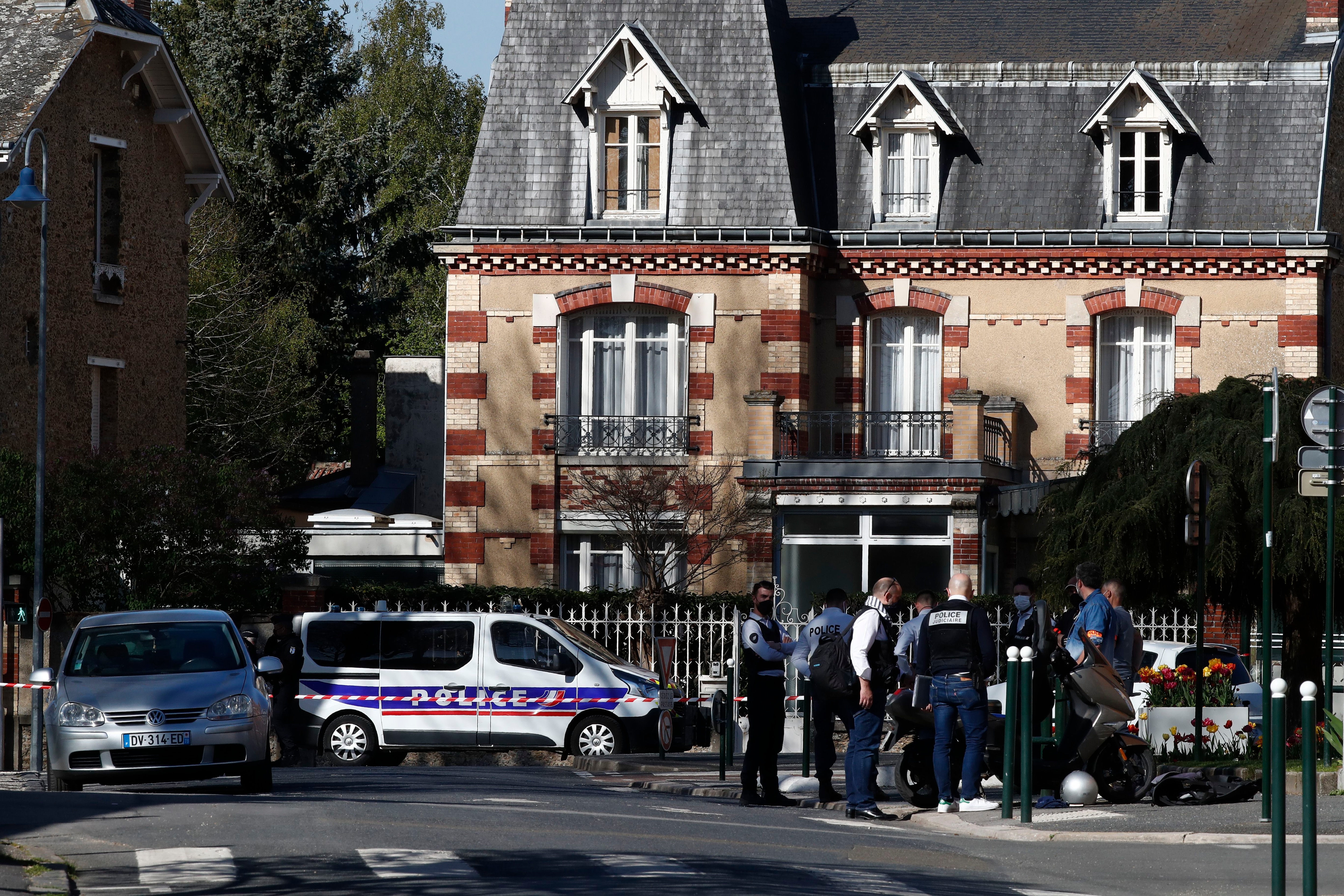 Anti-terrorism investigators questioned three people who were detained after a police official was fatally stabbed Friday at a police station outside Paris, seeking Saturday to establish a motive, if the attacker had ties to an extremist group and whether he acted alone.

A steady stream of people bearing flowers handed the bouquets to police officers in the quiet town of Rambouillet. The police station where the 49-year-old National Police administrative employee publicly identified only as Stephanie was killed remained blocked off to the public.

Officers killed the Tunisia-born stabbing suspect after Friday’s attack. He entered France illegally in 2009 and was given residency papers last year, a judicial official said Saturday, confirming French press reports. He lived in Rambouillet, best known as the site of a historic royal chateau, before the attack..

Valerie Pecresse, president of the Île-de-France regional council, said the official who died had briefly left the station where she worked to extend the time on a parking meter. She was attacked in the entry passage of the police station as she returned, according to Pecresse,

The attacker had staked out the police station ahead of time, anti-terrorism prosecutor Jean-France Ricard said Friday. The preparation, along with statements he said during the attack and the targeting of a police official, prompted the national anti-terrorism prosecutor’s office to take over the investigation into the murder of a person of public authority in relation with a terrorist group, Ricard said.

The 37-year-old suspect, identified as Djamel G., had no criminal record or record of radicalization, French media reported. But witnesses heard him say “Allahu akbar,” Arabic for “God is great,” during the attack, said a French judicial official who was not authorized to discuss the investigation publicly.

Infrequent Facebook and Instagram posts from accounts thought to have belonged to the suspected attacker hint at a man who waffled over the years about his allegiances but with no overt ties to an extremist ideology, the U.S.-based SITE Intelligence Group, which uncovered the accounts, reported. He describes himself as a Tunisian from Msaken, near the eastern coastal town of Sousse.

The judicial official confirmed to The Associated Press that the name associated with the accounts “appears” correct, but in keeping with French practice, the official would not confirm the attacker’s full name.

Djamel G.’s last post on April 18 is a prayer for a blessed Ramadan, the Muslim holy month currently in progress.

SITE said he added a sticker to his profile picture on Oct. 24 showing opposition to insults of the prophet of Islam. That would have been eight days after the beheading of French teacher Samuel Paty outside his school , in the same department as Rambouillet. Paty was killed after he showed caricatures of the prophet Muhammad in a civics class.

In a 2015 post, Djamel G. covered his profile picture with the French flag, a gesture widely employed in France after the extremist attacks in the country that year.

Vaccine mandate to kick in for first wave of health workers