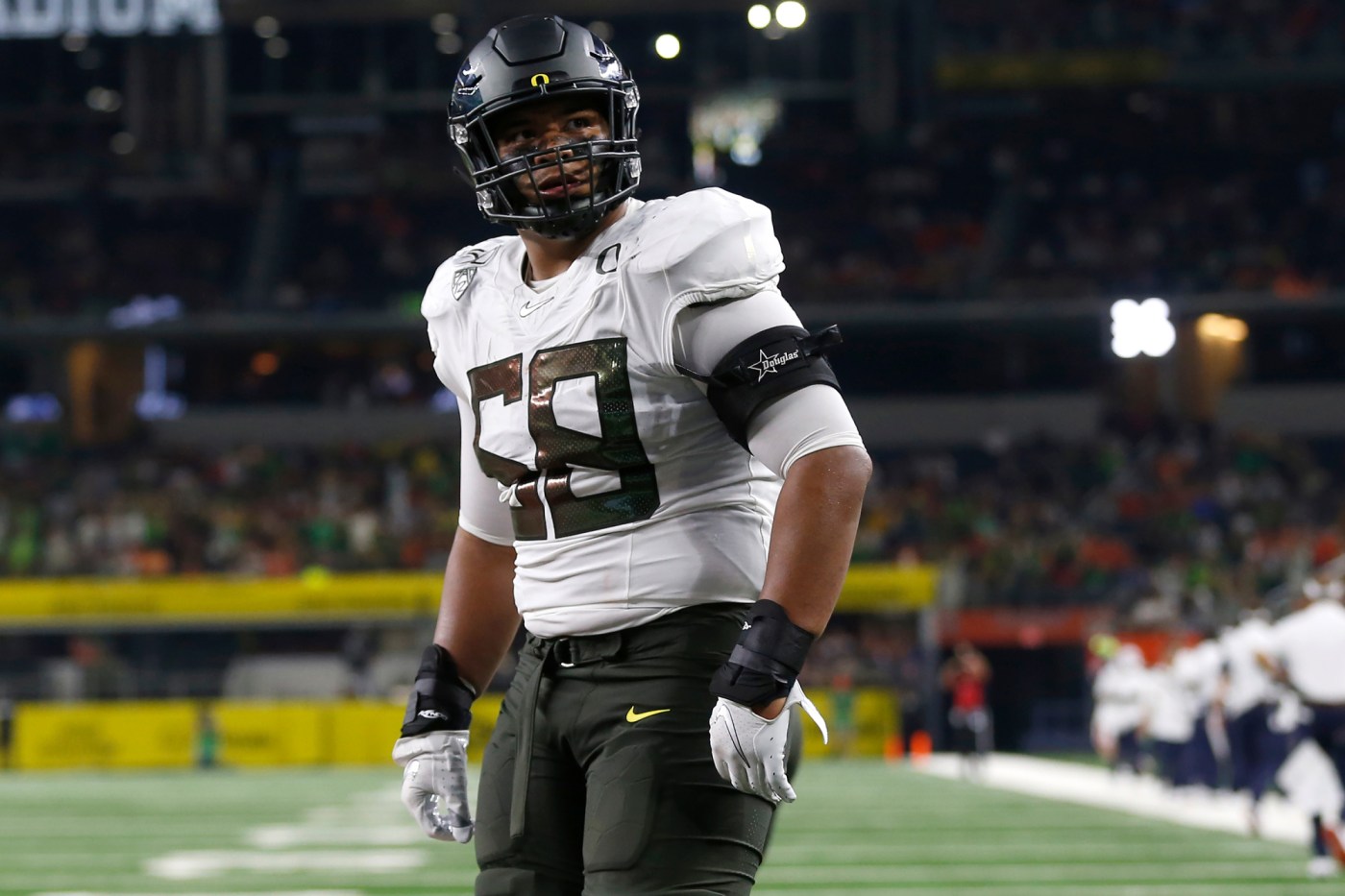 Many mock drafts had the Chargers selecting an offensive tackle with their first-round pick before and after the team added three interior offensive linemen in free agency.

There’s a glaring hole at left tackle, but pundits’ perceived position needs are often different than the team’s perceived needs on draft night. But there’s no need to guess at this position.

“There is certainly a hole there right now,” Staley said. “We feel like we have some tackle prospects on the roster that could certainly play there. But it’s going to certainly be a position that we’re going to need to address before July.”

The Chargers are searching for a left tackle, but it’s not guaranteed they’ll take one in the first round come April 29 because they’re slated to pick 13th. Top prospects Penei Sewell and Rashawn Slater are viewed as top-10 picks and the next crop of offensive tackles aren’t regarded as top-15 talent by many draft experts.

If Slater and Sewell are gone, Staley and Chargers general manager Tom Telesco will need to decide whether Christian Darrisaw, Teven Jenkins or another top offensive tackle prospect are worth the 13th overall pick. Telesco could look to trade down to address his left tackle need and add a few more draft picks.

But the Chargers also have needs at cornerback and edge rusher. They could stay at 13th and take the best player available. But Staley made it clear they need another offensive tackle and that could come with the Chargers’ second-round pick or two third-round selections.

The Chargers have been searching for offensive linemen the past few offseasons because they haven’t developed the ones they’ve drafted. Perhaps that could change with Staley, who was hired in January.

“Depth is so big, especially up front,” Staley said. “You want to have guys that have some versatility, but guys that you’re grooming. Guys that you’ve drafted, that have come up under your program. I’m excited to go through that process.”

Draft picks are a gamble, but adding top-tier talent increases the odds of that player panning out. The Chargers need a left tackle and they should look to draft one inside the first three rounds.

Here’s a look at the top offensive tackle prospects in the 2021 draft:

The athletic and powerful Sewell is viewed by many as the best offensive tackle in the draft. Longtime NFL reporter Peter King said Sewell has the best chance among all the 2021 draft prospects to be a Hall of Famer.

The Chargers would likely be ecstatic if they’re able to reunite Sewell with former Oregon quarterback Justin Herbert.

“I blocked for Herb throughout this whole time I’ve been here in Oregon, and to have that …read more