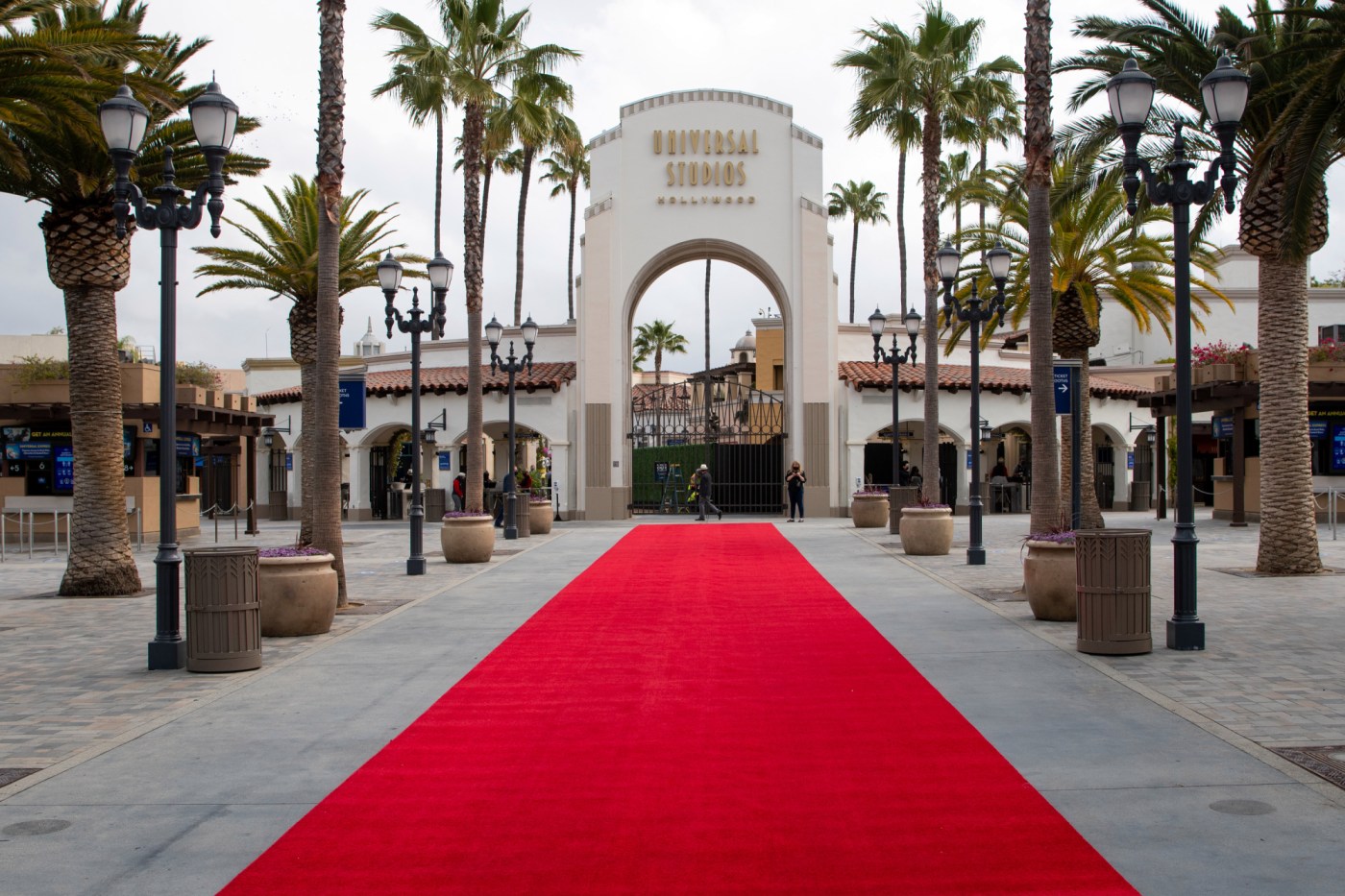 Universal Studios Hollywood has returned after a yearlong coronavirus closure with a new Secret Life of Pets dark ride designed to delight families and a revamped Jurassic World water ride determined to terrify the tourists.

Universal Studios Hollywood reopened on Thursday, April 15 for annual and season passholders after a 13-month closure due to the COVID-19 pandemic that began in March 2020. The Hollywood theme park reopens to the general public on Friday, April 16.

Fans anxious to fly alongside Harry Potter, face off with an I-Rex super dino or get adopted on Secret Life of Pets had their wish granted when Universal swung open the gates a bit early at 9:20 a.m. Friday.

SEE ALSO: What to expect when Universal Studios Hollywood reopens this week

Universal began soft opening “technical rehearsals” with rides and attractions during the Taste of Universal food festival that concluded on Sunday, April 11.

The new Secret Life of Pets attraction and updated Jurassic World ride are joined by returning favorites like the Harry Potter and the Forbidden Journey and Transformers 3-D dark rides, Revenge of the Mummy and Flight of the Hippogriff roller coasters, Silly Swirly Fun spinning ride, “Universal’s Animal Actors” show and the Fast & Furious — Supercharged and King Kong 360 3-D attractions on the Studio Tour.

California officials allowed theme parks to reopen on April 1 after the tourist destinations lost billions and were forced to lay off tens of thousands of employees amid the pandemic.

In true fashion, Universal beat Disney to the starting gate — never missing an opportunity to stick it to the theme park rival and industry leader. Disneyland and Disney California Adventure won’t return until April 30. Local competitors Six Flags Magic Mountain and Legoland California reopened on April 1. SeaWorld San Diego returned with rides and coasters a few days before Universal on Monday, April 12. Knott’s Berry Farm will be the last Southern California theme park to return to full operations on May 6 for passholders and May 21 for the general public.

Universal Studios Hollywood will be required to limit theme park attendance and indoor attractions at 25% capacity under state reopening guidelines.

SEE ALSO: The Secret Life of Pets ride finally debuts at Universal Studios Hollywood and it’s worth the wait

Some rides and attractions — including Despicable Me Minion Mayhem, Simpsons ride, “WaterWorld” stunt show and Dreamworks Theatre — will reopen later in the summer. In the Wizarding World of Harry Potter, the Ollivander’s wand pairing experience, “Tri-Wizard” stage show and “Frog Choir” performance will also return at a later date.