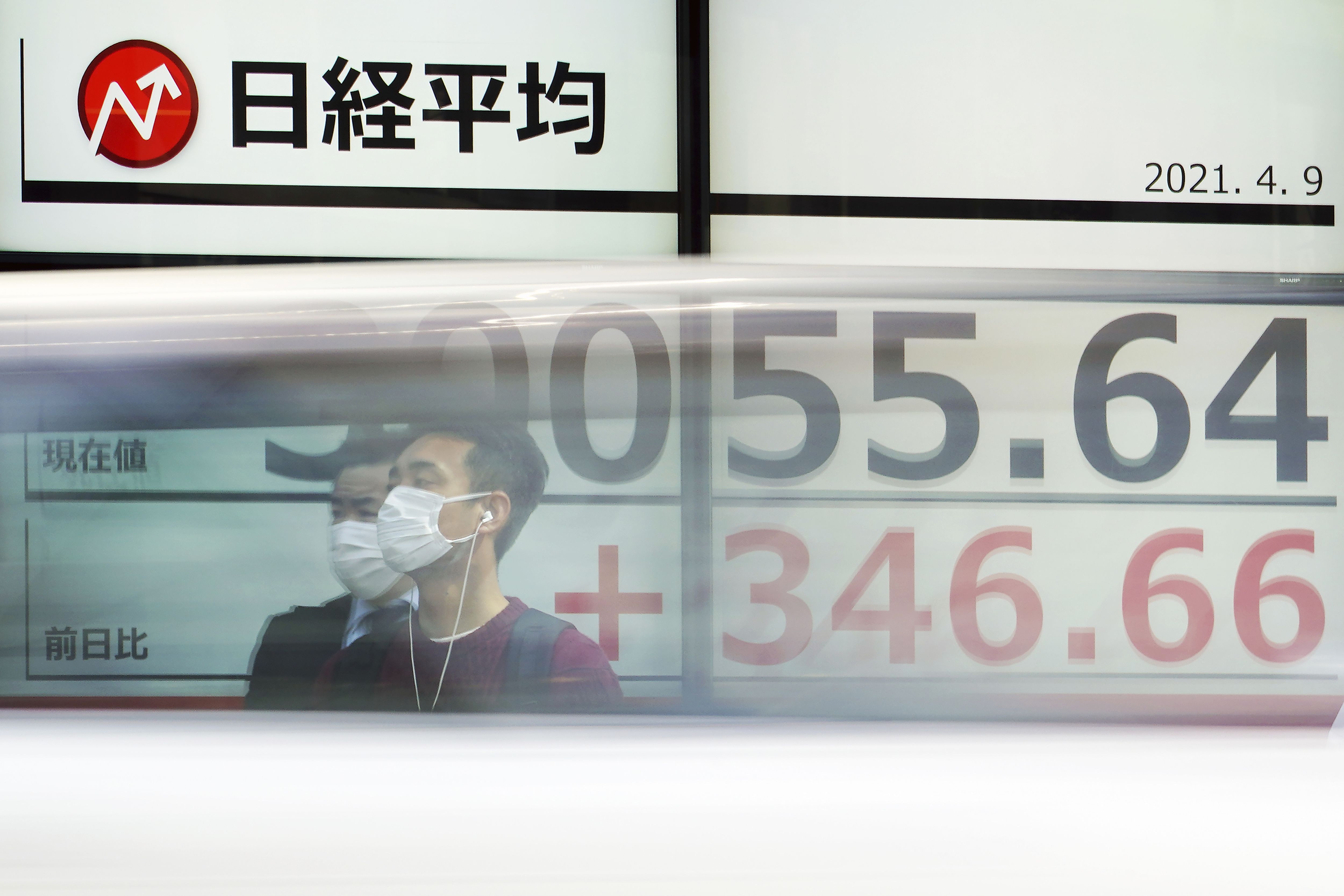 Shares fell Friday in most Asian markets after China reported a stronger than expected rise in prices that could prompt authorities to act to cool inflation.

On Thursday, stocks closed moderately higher on Wall Street, lifted by gains in large technology companies that benefit from lower bond yields. But an increase in jobless claims dented some of the buying enthusiasm.

China reported that consumer prices rose in March due largely to a jump in fuel prices, while producer prices climbed at the fastest pace in more than four years.

Inflation reflects rising demand as China’s economy leads the world recovery from the pandemic. Worries that stronger growth might spur inflation that regulators in many major economies would then move to cool, partly by raising interest rates, have been overhanging the markets for the past several months.

Added to that, a fresh round of U.S. sanctions, this time against seven Chinese supercomputer makers, has revived concern over trade friction between the two largest economies, said Jeffrey Halley of Oanda.

“Asian markets are once again adopting a more cautious posture today. Geopolitics is never far from the surface, even if it is often lost in the global recovery noise,” Halley said in a report.

Shares in Sony Corp. rose 2.7% after the company signed an exclusive movie distribution deal with Netflix.

Stocks have benefited this week as bond yields, which had been steadily ticking higher, retreated from highs hit earlier in the month.

The yield on the 10-year U.S. Treasury note, which influences interest rates on mortgages and other loans, fell to 1.63% from 1.65% late Wednesday. It had been as high as 1.75% on Monday.

That pullback in yields took some pressure off technology stocks, which have slipped over the last few months as yields jumped, making those shares look …read more