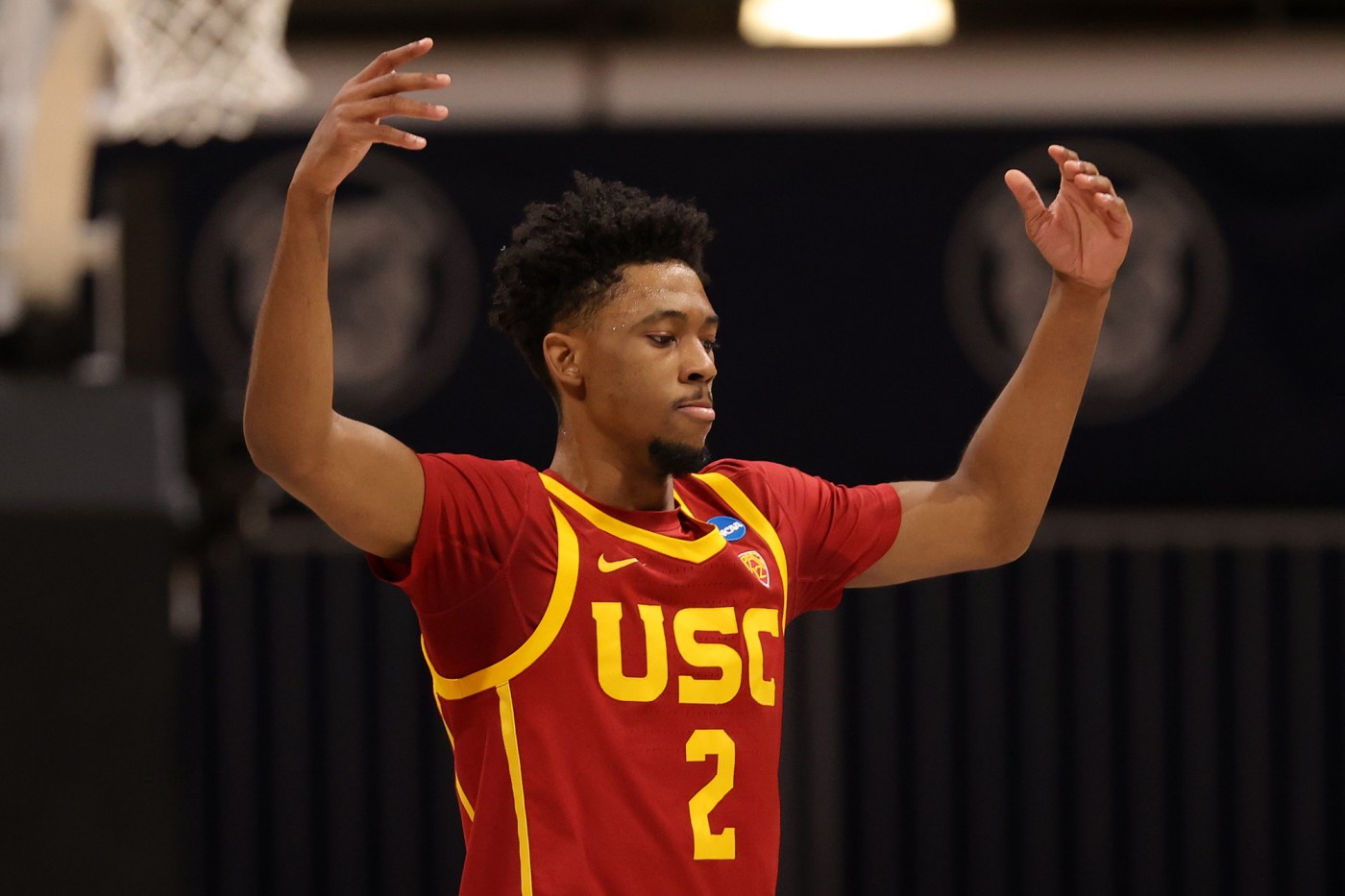 After one season as a Trojan, Tahj Eaddy is turning pro.

USC’s senior guard, who earned second-team All-Pac-12 honors this year after transferring from Santa Clara, declared for the NBA Draft on Thursday, announcing his decision via Instagram. Eaddy, 24, forgoes the extra year of eligibility the NCAA provided to all participants in the 2020-21 men’s basketball season.

“I would like to thank the Trojans fans. From Day One, you guys have welcomed into the family with open arms and I couldn’t be more appreciative,” Eaddy wrote. “Although we are in the midst of a pandemic and fans weren’t allowed at games this year, the love was truly felt.”

Eaddy’s most memorable moment as a Trojan came in the regular-season finale against UCLA. USC was down two with three seconds remaining, ready to inbound the ball under its own basket. The original play call, a lob to Evan Mobley, was covered, so Ethan Anderson passed instead to Eaddy as he ran to the right corner.

Eaddy made the go-ahead 3-pointer with one second left and USC held on to complete the sweep of their crosstown rivals, 64-63, with its only lead of the game.

The 6-foot-2 guard was USC’s second-leading scorer this past season, averaging 13.6 points per game on 38.8% shooting from 3-point range.

As he grew more comfortable in the offense with his new teammates, the Trojan offense began to soar thanks his ability to spread the floor around Mobley and create his own shot off the dribble.

And he provided when USC needed him, scoring 24 on 8-for-15 shooting in a February win over Oregon and 20 again against the Ducks in the Sweet 16 as Eaddy helped the Trojans (25-8) to their first Elite Eight since 2001.

Alexander: What is the future for UCLA, USC men’s hoops?