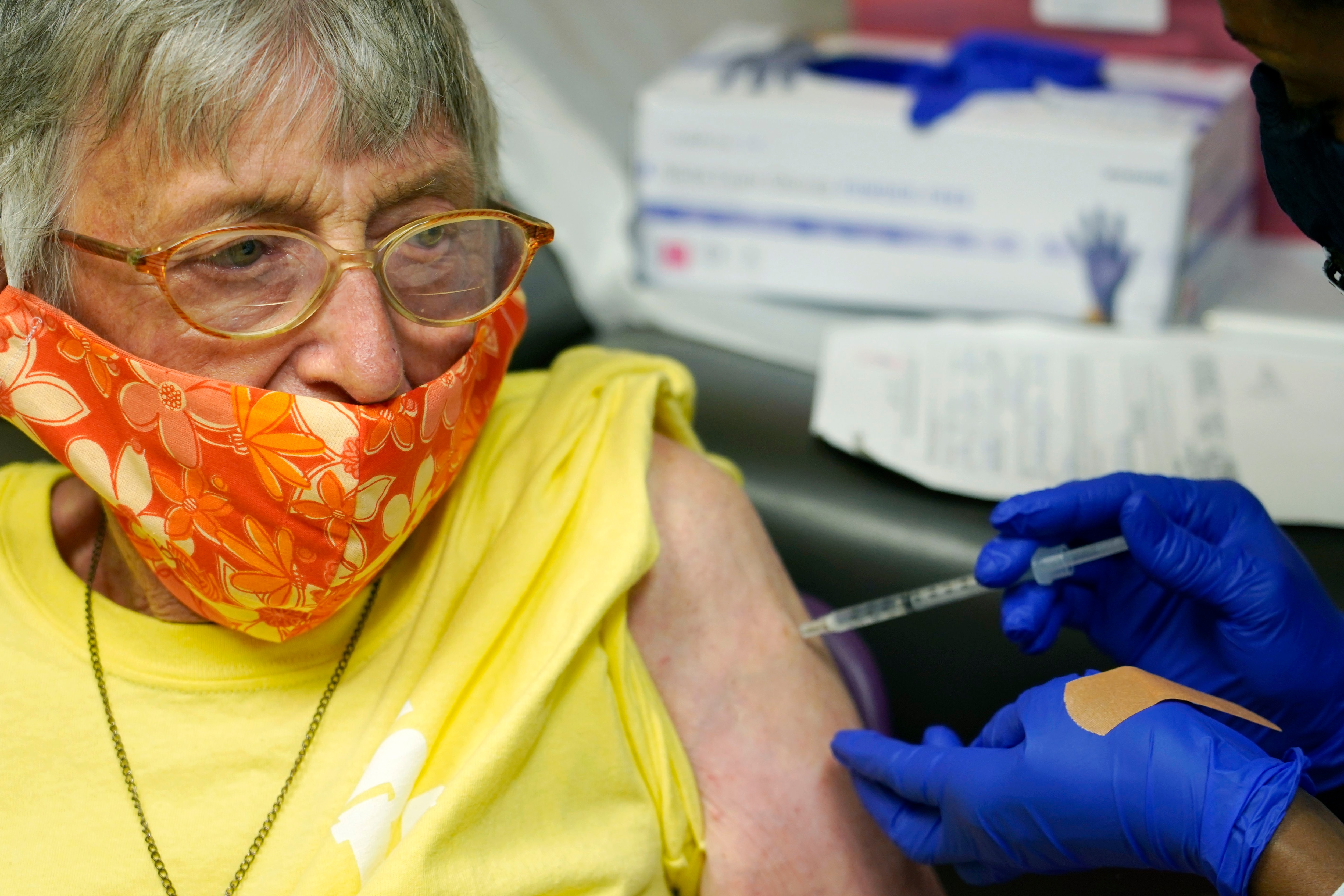 The first hurdle was getting on the bus. Seventy-four-year-old Linda Busby hesitated outside a community center where older people were loading up to go get the coronavirus vaccine.

“I was scared, I’m not afraid to say that,” Busby said Wednesday after getting her shot of the Johnson & Johnson vaccine after encouragement from a staff member and her brother. “I thought I wasn’t going to get it at first. Nobody likes getting shots.”

Busby’s hesitance is just what the Biden administration and its allies in the states are combating, one person at a time, as the White House steps up appeals to seniors to get inoculated. The vaccination rate for this top-priority group is reaching a plateau even as supplies have expanded.

About 76% of Americans aged 65 and older have received at least one shot of the COVID-19 vaccines since authorization in December, according to the Centers for Disease Control and Prevention. But the rate of new vaccinations among the group most vulnerable to adverse virus outcomes has dramatically slowed.

It’s a growing source of concern, not only because of the potential for preventable deaths and serious illness among seniors in coming months but also for what it could portend for America’s broader population.

“I want to make a direct appeal to our seniors and everyone who cares about them,” President Joe Biden said Tuesday, citing “incredible progress” but declaring it’s still not enough.

By government estimates, about 12.9 million American seniors have yet to receive their first shot. Even though they were the first age group prioritized for shots, more than 23% of those 75 and older have yet to be vaccinated.

Supply constraints initially slowed the pace of senior vaccinations, but not for months for those in high-priority age groups. Instead, officials say, the slowdown is caused by a mix of issues, from people having difficulty finding and getting to inoculation sites to vaccine hesitancy.

Closing the gap will require taking into account all the obstacles for seniors, be they technological, transportation or personal hesitance, said Sandy Markwood, CEO of the National Association of Area Agencies on Aging, who acknowledged the vaccination rates “for older adults has somewhat plateaued.”

It’s a potential harbinger of the challenges to come with other demographic groups. All adult Americans will become eligible for vaccination in the next two weeks, although the process of administering enough shots to begin returning to “normal” will take months longer. Many states, even as they throw open the doors on eligibility, are still maintaining priority vaccination systems, or dedicated distribution channels, to keep seniors who want the vaccine at the front of the line.

Dr. Anthony Fauci, the nation’s top infectious disease expert, has predicted that between 75% and 85% of the population may need to be vaccinated to reach “herd immunity” and bring an end to the outbreak in the U.S.