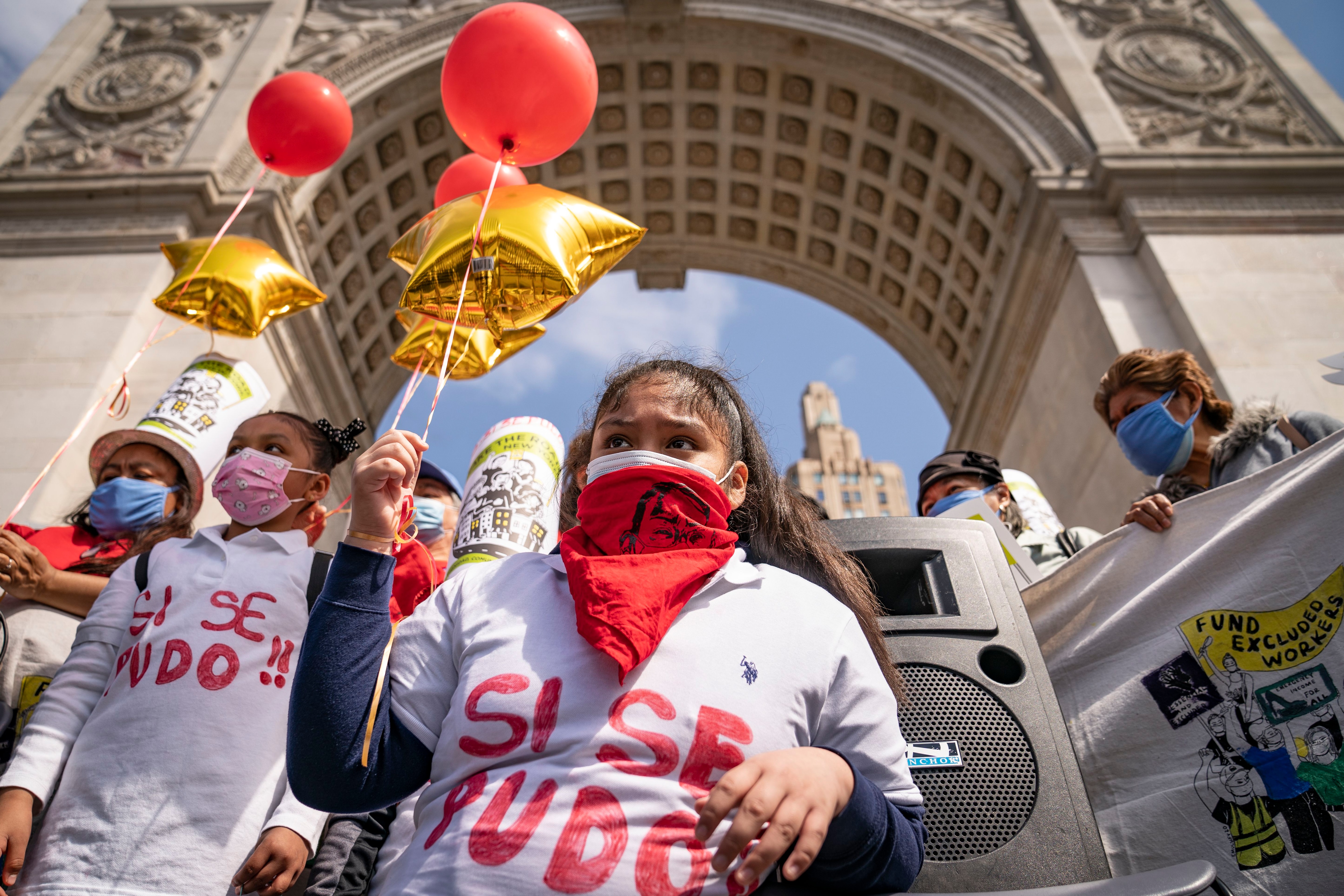 In the largest program of its kind, New York lawmakers have created a $2.1 billion fund to aid workers who lost jobs or income during the coronavirus pandemic but were excluded from other government relief programs because of their immigration status.

The fund, which passed this week as part of the state budget, will give payments of up to $15,600 to workers who were living in the country illegally and weren’t eligible for federal stimulus checks, unemployment aid, or other benefits.

As many as 300,000 workers might benefit, according to some estimates.

Other states have offered aid to unauthorized workers, but nothing on this scale. California’s relief fund offers cash payments of up to $500.

The creation of New York’s program showed the strength in the state of Democratic Party’s left wing, which has been increasingly emboldened as the state’s leading centrist, Gov. Andrew Cuomo, has wrestled with a sexual harassment scandal.

The fund will offer much-needed relief to people like Felipe Idrovo, 52, an immigrant from Ecuador who lives in Queens. He lost a job working in food distribution in March 2020 and now owes a year’s rent on his small bedroom.

“I cannot jump, but I am really, really happy,” Idorvo, a board member of Make the Road New York, an immigrant-led advocacy group whose members participated in a 23-day hunger strike in support of the legislation. “My heart is happy but my body is torn down,” he said as he and other activists broke their fast at a rally Wednesday in New York City.

Sponsors of the legislation, including Sen. Jessica Ramos, a Queens Democrat, said the maximum benefit under the fund amounts to $300 per week — less than the average aid received by other unemployed workers.

But the program outraged conservatives, who noted that the Democrats who dominate the Legislature had also raised taxes for the state’s wealthiest residents to record levels.

“Their budget cuts $15,600 stimulus checks to undocumented immigrants,” said Assemblymember Ed Ra, a Long Island Republican. “They’re spending twice as much on that as on small business recovery across the state. That’s a distillation of their priorities. Families who played by the rules and fought to keep their neighbors on the payroll for years are an afterthought.”

The vast majority of immigrants without lawful status in the U.S. lack a Social Security number needed for stimulus checks under legislation passed during both President Joe Biden’s and former President Donald Trump’s administrations.

“Whether you like it or not, every one of you represents excluded workers,” the Queens Democrat said in a speech on the Assembly floor. “Go visit a farm, supermarket, any place in your community. You represent them.”

Cuomo has said he’ll sign the bill, but he has also raised concerns about potential fraud.

“It is difficult to do it in a way that can be administered without fraud,” Cuomo said.

The state still has to …read more