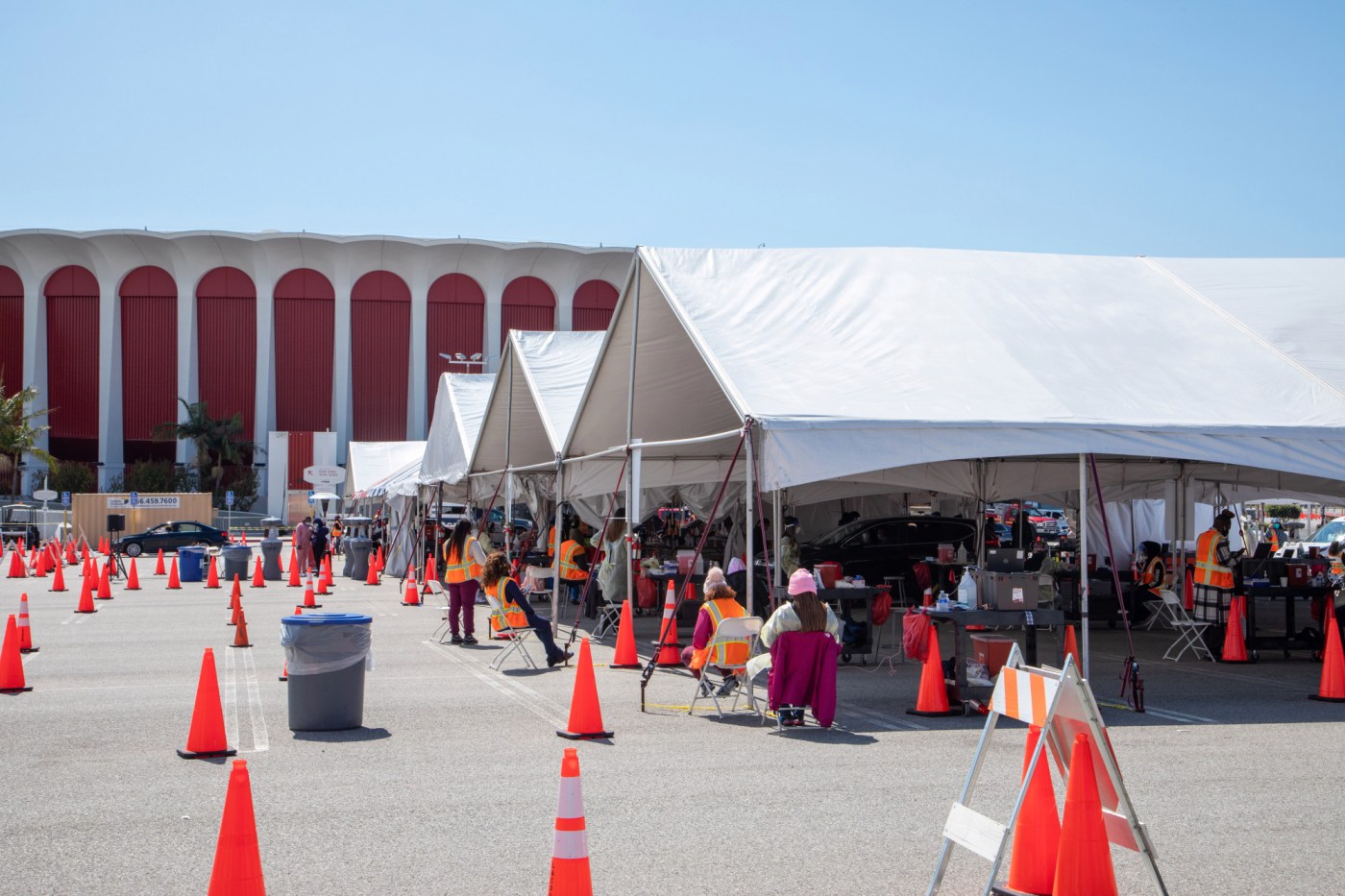 Fewer than 600 remained hospitalized due to the disease and cases among pregnant women declined, official said.

The trajectory is being closely watched as the June 15 date approaches for what could be a full statewide reopening in California.

Gov. Gavin Newsom has declared that the coronavirus outbreak could largely be over by June.

In Thursday’s report, Los Angeles County Public Health, to date, has identified 1.2 million positive cases of COVID-19 across all areas of the county; and a total of 23,388 deaths.

There are currently 572 people with COVID-19 who are hospitalized, with 24% of those in the ICU.

As of April 6, a total of 11 deaths among 7,280 pregnant women who tested positive were reported.

Among cities with independent health departments: Pasadena’s death toll remained at 339, but three additional cases raised its total to 11,163.  Long Beach had not reported its current figures as of 4 p.m.

“Transmission is moderate in L.A. County with a number of variants of concern circulating,” she said, adding, “The risk for increases in cases is real if we let down our guard.”

Pregnant women and those who are breastfeeding can receive any of the three available COVID-19 vaccines.

Seventy-eight percent of pregnant women testing positive for COVID-19 are Latina/Latinx, 10% are White, 5% are African American/Black, 4% are Asian. Among the 5,779 births where there was testing information, 51 infants tested positive for the virus.

“It is still too early to think we are out of the woods because, even if you have been vaccinated, many others have not yet had the chance,” Ferrer said.