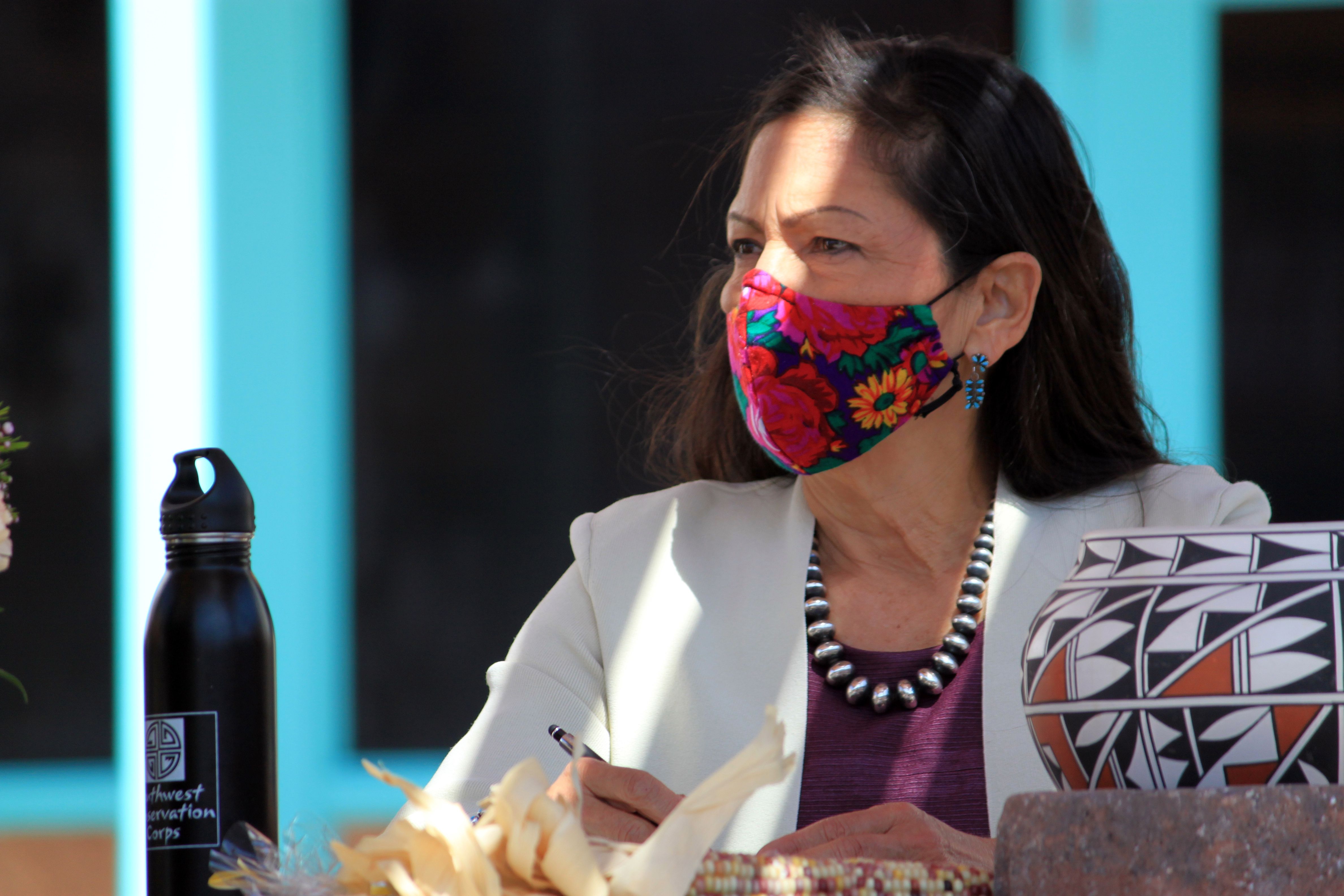 For decades, a public lands tug-of-war has played out over a vast expanse of southern Utah where red rocks reveal petroglyphs and distinctive twin buttes bulge from a grassy valley.

A string of U.S. officials has heard from those who advocate for broadening national monuments to protect the area’s many archaeological and cultural sites, considered sacred to surrounding tribes, and those who fiercely oppose what they see as federal overreach.

On Thursday, Interior Secretary Deb Haaland will be the latest cabinet official to visit Bears Ears National Monument — and the first Indigenous one.

Haaland, a member of Laguna Pueblo in New Mexico, is scheduled to meet with tribes and elected officials at Bears Ears before submitting a review with recommendations on whether to reverse President Donald Trump’s decision to downsize that site and Grand Staircase-Escalante, another Utah national monument.

The visit underscores her unique position as the first Native American to lead a department that has broad authority over tribal nations, as well as energy development and other uses for the country’s sprawling federal lands.

“She brings something that no other cabinet secretary has brought, which is that her Indigenous communities are coming with her in that room,” said Char Miller, a professor of environmental analysis at Pomona College.

Miller said the outcome of the negotiations will shed light on how the Biden administration plans to respond to other public lands disputes and will likely impact subsequent conversations with other states on natural resources.

Haaland faces competing interests: Tribes across the U.S. have hailed her confirmation as a chance to have their voices heard and their land and rights protected, while Republican leaders labeled her a “radical” who could, along with President Joe Biden, stunt oil and gas development and destroy thousands of jobs.

The Autonomous ErgoCharir 2 wins on ergonomics, but it doesn't have enough cushion for the price

Pat Gonzales-Rogers, executive director of the Bears Ears Inter-Tribal Coalition, said he looks forward to Haaland seeking tribes’ input, which he called a “far cry” from her predecessors in the Trump administration.

He noted Haaland is familiar with the landscape — Bears Ears contains many sites of spiritual importance to New Mexico’s pueblos — but acknowledged she has a responsibility to hear from all sides.

“She is the interior secretary for all of us, and that also requires her to engage other groups.”

The coalition wants the monument restored to its original size, or even enlarged, but Gonzales-Rogers said he hopes Haaland’s visit will at least be a step toward a more certainty.

“All parties would like to see some permanence, and they don’t want it to vacillate between either administrations or political ideology,” he said.

Prominent Utah Republicans, including U.S. Sen. Mitt Romney and new Gov. Spencer Cox, have expressed concern with the review under Biden’s administration and demanded state leaders be involved. Haaland is expected to meet with them, along with Lt. Gov. Deidre Henderson and U.S. Rep. Blake Moore during her visit.

Romney said the meeting will give Haaland a chance to receive valuable input from local officials and residents.