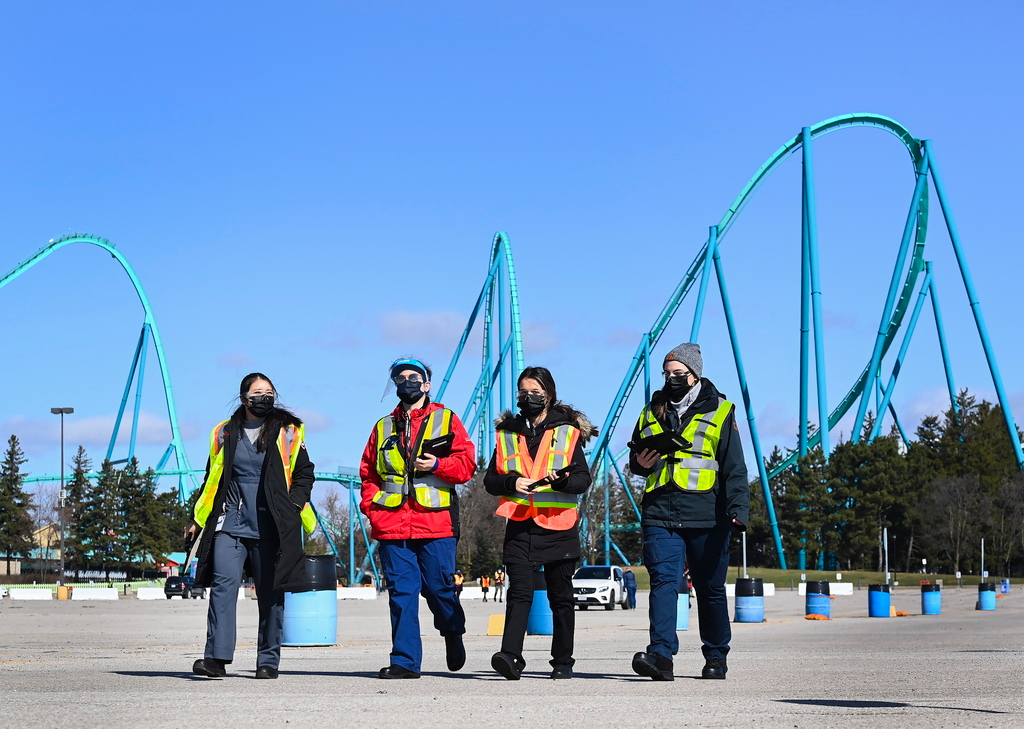 The province of Ontario, including Canada’s most populous city, Toronto, will be under a stay-at-home order for at least four weeks beginning Thursday as a third wave of the pandemic threatens to overwhelm hospitals.

“To boil it down as simple as possible, folks please, unless it’s for an essential reason, please stay home because the situation is extremely serious right now,” Ontario Premier Doug Ford said during a news conference Wednesday, adding, “what we do before we start achieving mass immunization will be the difference between life and death for thousands of people.”

Hospital admissions in the province increased by 20% in the last day alone and ICU occupancy has already set a pandemic record this week as the health care system relies on surge capacity and patient transfers to keep up with Covid-19 patients.

“The hospitalizations happening as a result of these variants are taking over our hospitals,” Ontario Minister of Health Christine Elliott said.

Canadian public health officials now say a rapidly spreading coronavirus variant likely is now dominant in many parts of the country, and variants of concern are making younger people sicker and sending more to the hospital.

“This isn’t the news any of us wanted, but hospitalizations are surging, ICU beds are filling up, variants are spreading and even people who had convinced themselves they didn’t need to be concerned are getting sick,” Prime Minister Justin Trudeau said at a news conference Tuesday, adding this is a “very serious” third wave of the pandemic.

In Ontario, nonessential retail stores including malls will close to in-person shopping with only grocery stores, pharmacies and garden centers open to the public.

Restaurant dining rooms, personal care services, and gyms were already closed across the province as last week province official shut down many places but stopped short of a stay-at-home order.

Ford has said he was concerned about the mental health of the 14 million residents.

Toronto and the adjacent region of Peel moved student to virtual learning earlier this week just ahead of a previously scheduled spring break. The Ford government says its priority is to keep schools open throughout the province.

Ford also imposed the province’s third state of emergency since the pandemic began.

Health care experts, including the province’s hospital and medical associations, have been calling for more restrictions for at least two weeks, saying lockdown measures were not enough.

While vaccine doses have been scarce in Canada, the rollout is ramping up now with Ontario saying it had set a record for vaccinations Tuesday, administering more than 100,000 doses.

Ford said the province will begin deploying mobile vaccination teams throughout communities in hotspots such as Toronto, including providing vaccines to teachers and other education workers beginning next week.

Outside of Canada’s Atlantic provinces, the third wave of the pandemic is straining hospitals throughout most of the country.

“While COVID-19 continues to impact people of all ages in Canada, infection rates are highest among …read more