Police: 12-year-old boy abducted, sexually assaulted and shot before being released by suspect in northwest Miami-Dade 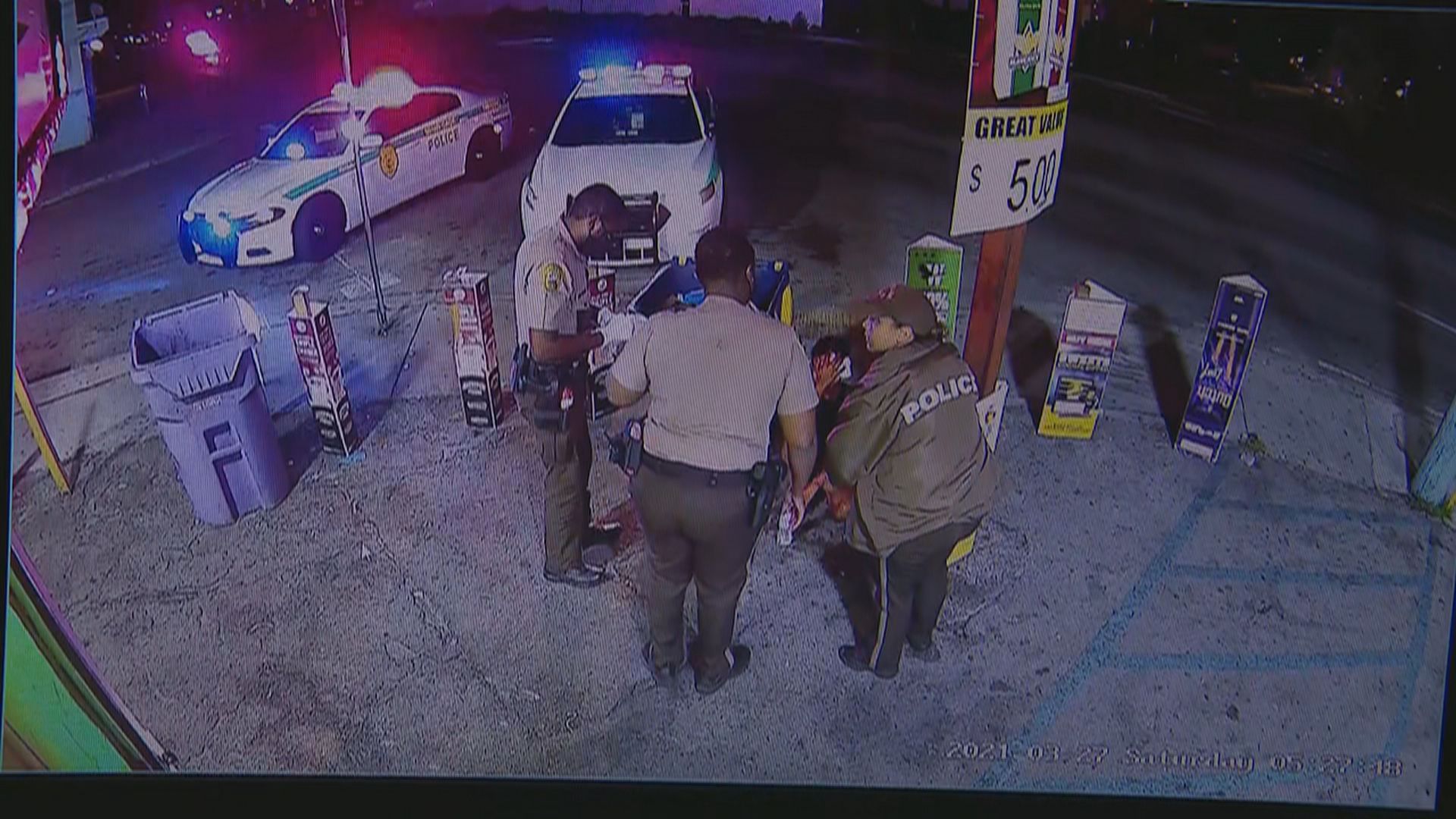 Police are searching for the person they say sexually assaulted a 12-year-old boy before shooting him.

Police said the boy was walking on the street around 2 a.m. or 3 a.m. Saturday in the Brownsville neighborhood of Northwest Miami-Dade County.

That’s when a man pulled up, forced the boy into a vehicle, sexually assaulted him, shot him and then forced him out of the vehicle, police said.

The victim walked to a nearby convenience store nearby to call for help.

Surveillance video shows the boy walk up to the corner of Northwest 32nd Avenue and Northwest 47th Street where he can be seen collapsing, bleeding form the head, while a customer standing next to him calls 9-1-1.

A different bystander later brings the boy a towel and a bottle of water while they wait for law enforcement to arrive.

Eventually Miami-Dade Fire Rescue pulls up and police escort the boy to a gurney as he clutches his head in pain.

Rescue workers rushed him to Jackson Memorial Hospital’s Ryder Trauma Center, where at last check, he was in critical condition.

Police describe the suspect as a tall Hispanic man with long curly hair, between the ages of 30 and 40 years old.

He was driving a black sedan and was last seen in the area of Northwest 45th Street and 31st Avenue.

That’s the general area where the boy was sexually assaulted and shot, police said.

Anyone with information is urged to contact Miami-Dade Crime Stoppers at 305-471-TIPS.

US home prices could plunge 20% by next summer as a housing recession kicks in, a top economist says
News