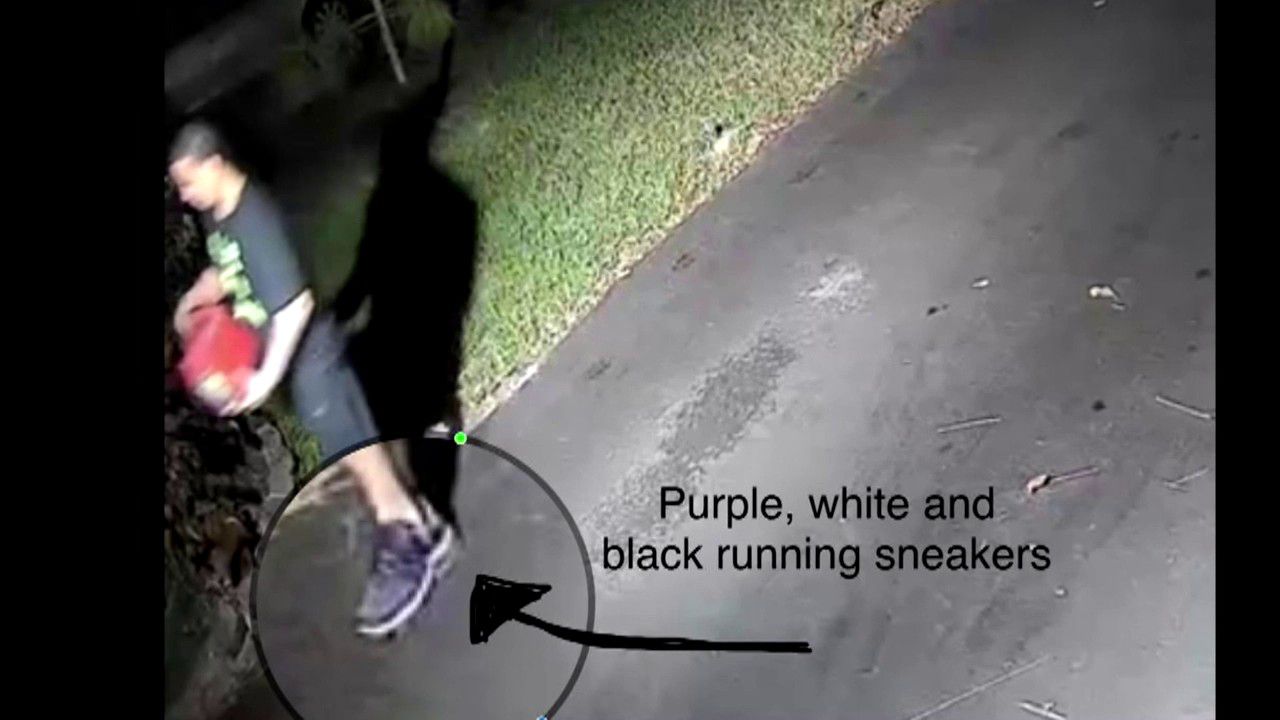 Detectives continued to gather evidence on Tuesday outside of a home in Coral Springs during their search for an arsonist who has a half-sleeve tattoo on his left arm.

A man used gasoline to set a fire while the seniors were sleeping in the home where they have lived for about three decades. Before the fire, someone smashed one of the home’s windows.

An arsonist set a fire threatening a couple in their 70s at their home in Coral Springs.

Aside from the tattoo, surveillance video also shows the arsonist was wearing purple sneakers with black and white detail, and he fled in a white sedan.

The victims’ son Marc Schechter is asking the public for help with finding the arsonist. He is asking anyone with information to call Broward County Crime Stoppers at 954-493-8477 or the Coral Springs Police Department at 954-346-1763.

Warship captains told the skipper of a COVID-stricken aircraft carrier he was 'doing what is right' just before the Navy fired him, emails show
News