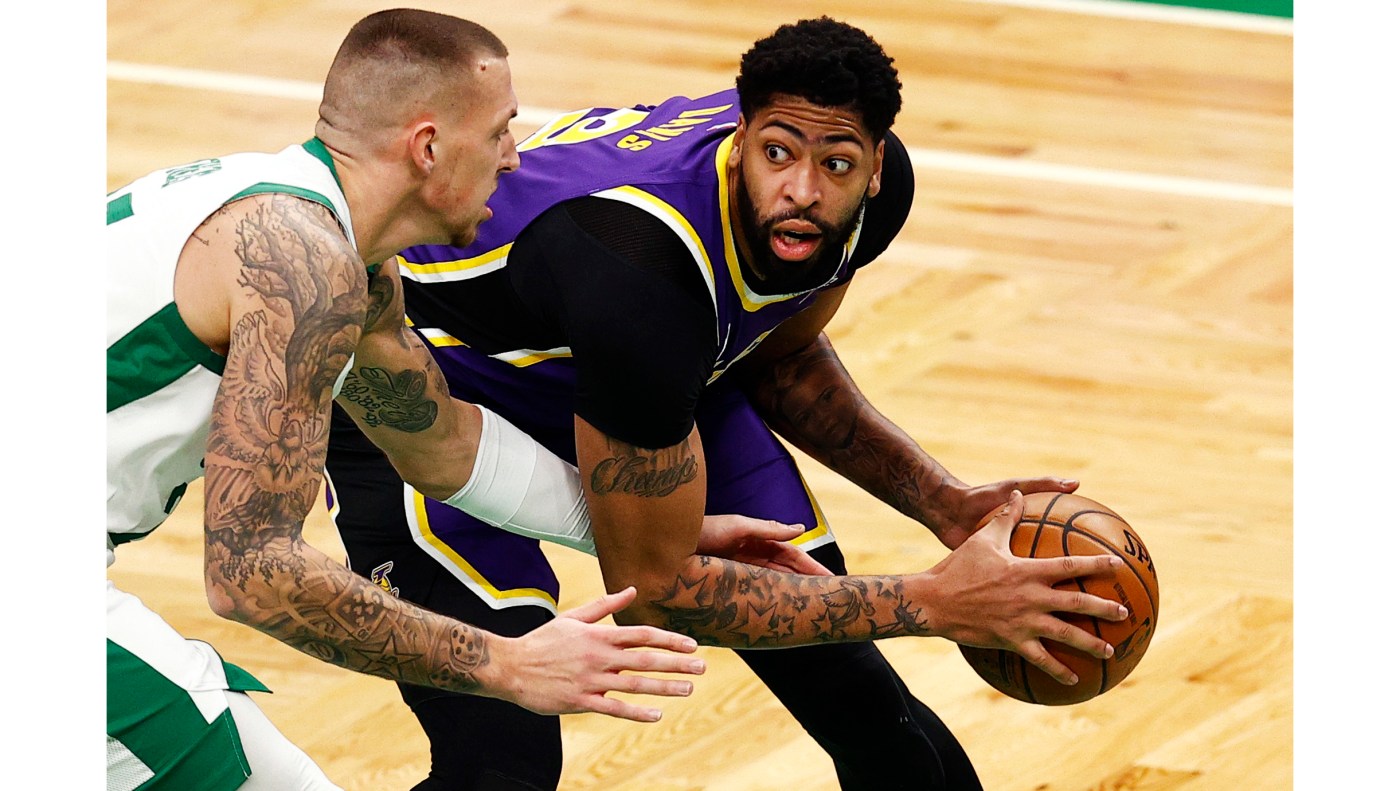 Anthony Davis hasn’t had the season that he wanted, but in the eyes of NBA coaches, he’s still an All-Star.

The Laker forward was selected as an All-Star reserve on Tuesday night, as voted on by the league’s coaches. It’s Davis’ eighth consecutive selection to the NBA’s marquee midseason exhibition, which will be played on March 7 in Atlanta in a pared-down format that won’t involve the event’s usual flair.

Davis hit the game-winning free throw in last year’s exhibition, but he is unlikely to participate this year due to his ongoing struggles with a right calf strain that has affected his Achilles tendon. It is unclear if he will travel to Atlanta to participate in any events. Commissioner Adam Silver selects injury replacements for the game.

Davis, 27, has averaged 22.5 points, 8.4 rebounds, 3 assists and 1.8 blocked shots in 23 games this season. The Lakers aren’t expecting him to return until after the All-Star break, and he could miss games in the second half of the season as well.

Why it's so hard for planes to land on water

LeBron James, one of the team captains pitted against Kevin Durant, theoretically will have the chance to pick his teammate again when they draft their teams from the pool of available starters and reserves on March 4 (5 p.m. PT): He has chosen Davis in three previous All-Star games. Utah’s Quin Snyder is already set as the coach of Team LeBron.

The Athletic was first to report that the Lakers are anticipating waiving Quinn Cook, a well-liked but seldom-used guard who was a light-hearted locker room presence during the championship run.

Cook, 27, has appeared in just 16 games totaling 62 minutes this season. His veteran’s minimum contract was set to become guaranteed this week.

Trump at CPAC in Orlando: ‘Do you miss me yet?’

Florida Gov. expands executive order that broadens who can give, get COVID-19 vaccine