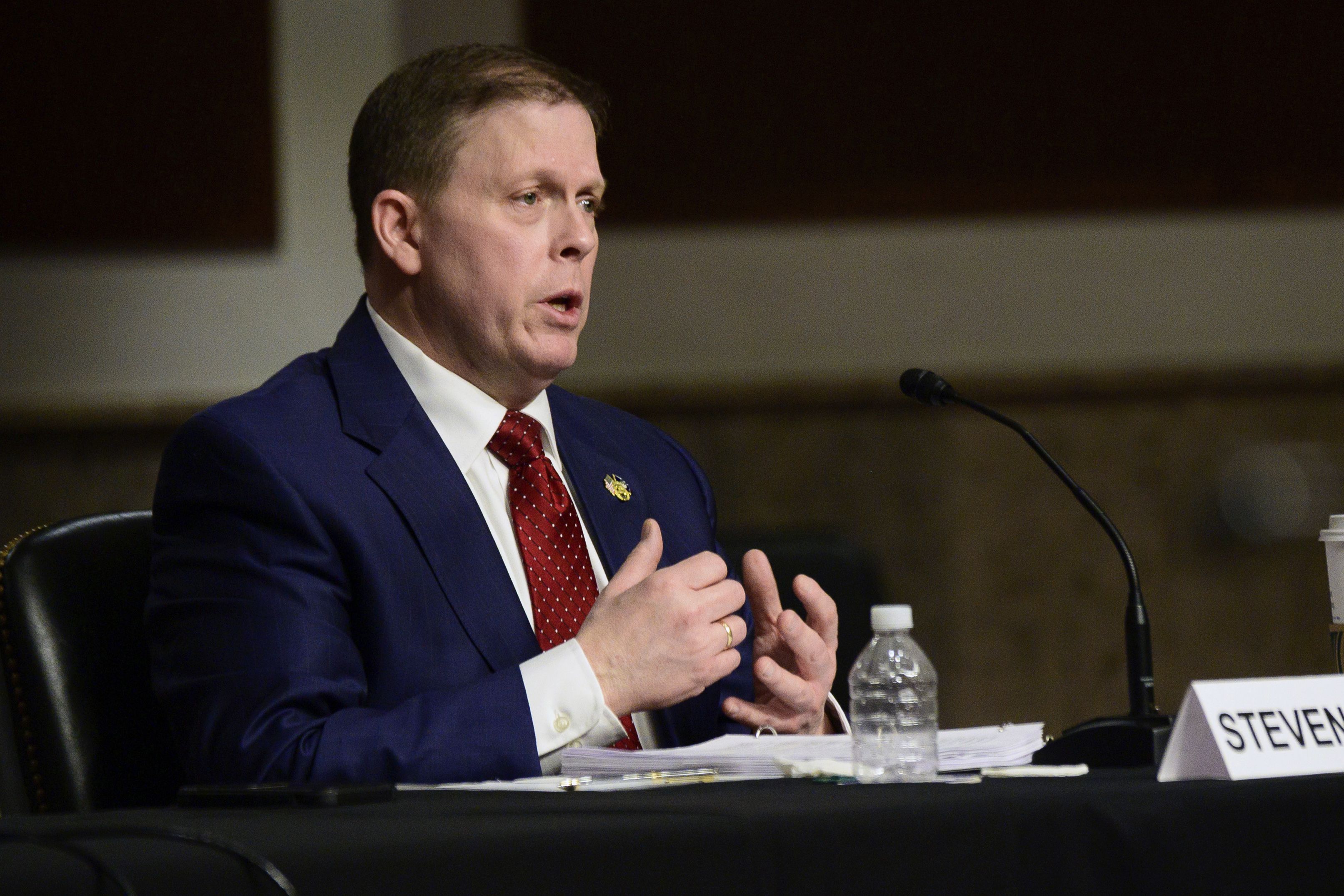 Missed intelligence was to blame for the outmanned Capitol defenders’ failure to anticipate the violent mob that invaded the iconic building and halted certification of the presidential election on Jan. 6, the officials who were in charge of security that day said in their first public testimony on the insurrection.

The officials, including the former chief of the Capitol Police, pointed their fingers at various federal agencies — and each other — for their failure to defend the building as supporters of then-President Donald Trump overwhelmed security barriers, broke windows and doors and sent lawmakers fleeing from the House and Senate chambers. Five people died as a result of the riot, including a Capitol Police officer and a woman who was shot as she tried to enter the House chamber with lawmakers still inside.

Former Capitol Police Chief Steven Sund, who resigned under pressure immediately after the attack, and the other officials said Tuesday they had expected the protests to be similar to two pro-Trump events in late 2020 that were far less violent. Sund said he hadn’t seen an FBI field office report that warned of potential violence citing online posts about a “war.”

Sund described a scene as the mob arrived at the perimeter that was “like nothing” he had seen in his 30 years of policing and argued that the insurrection was not the result of poor planning by Capitol Police but of failures across the board.

“No single civilian law enforcement agency – and certainly not the USCP – is trained and equipped to repel, without significant military or other law enforcement assistance, an insurrection of thousands of armed, violent, and coordinated individuals focused on breaching a building at all costs,” he testified.

The hearing was the first of many examinations of what happened that day, coming almost seven weeks after the attack and over a week after the Senate voted to acquit Trump of inciting the insurrection by telling his supporters to “fight like hell” to overturn his election defeat. Fencing and National Guard troops still surround the Capitol in a wide perimeter, cutting off streets and sidewalks that are normally full of cars, pedestrians and tourists.

The joint hearing, part of an investigation by two Senate committees, was the first time the officials testified publicly about the events of Jan. 6. In addition to Sund, former Senate Sergeant-at-Arms Michael Stenger, former House Sergeant-at-Arms Paul Irving and Robert Contee, the acting chief of police for the Metropolitan Police Department, testified.

Irving and Stenger also resigned under pressure immediately after the deadly attack. They were Sund’s supervisors and in charge of security for the House and Senate.

“We must have the facts, and the answers are in this room,” Senate Rules Committee Chairwoman Amy Klobuchar said at the beginning of the hearing. The Rules panel is conducting the joint probe with the Senate Homeland Security and Governmental Affairs Committee.

Even after the hearing, much still remains unknown about what happened before and during the assault. How …read more

Meri Brown to Haters: I See You, But I’m Ignoring You!