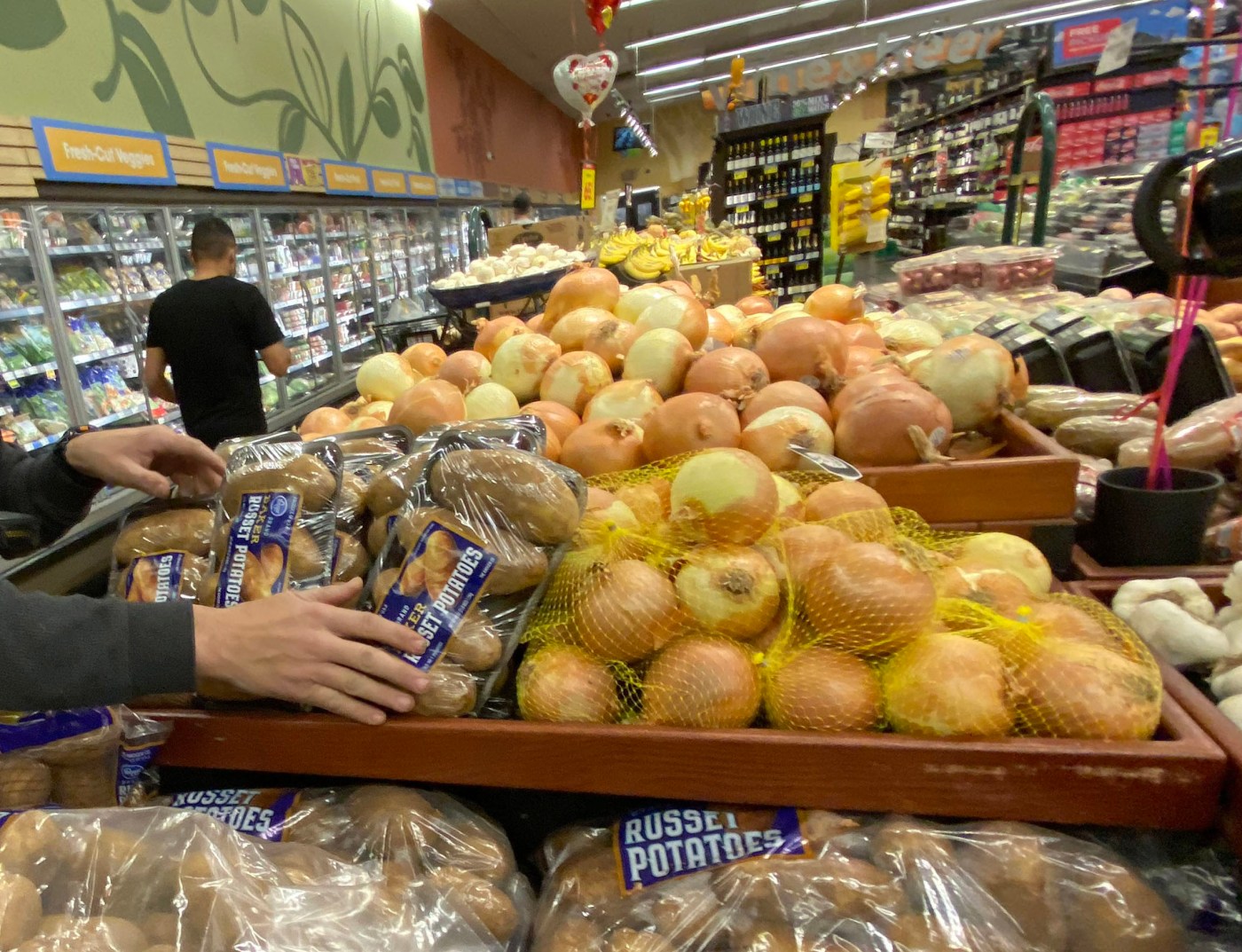 Los Angeles city officials, weighing a potential mandate on grocery stores to provide “hero pay” increases to essential workers, have released a 21-page analysis of the potential economic impacts. The assessment concluded that it could lead to higher pay for workers that could be funneled back into a recovering  economy — but it also warned of potential layoffs or reductions to employee work hours.

Struggling grocers, particularly independent shops, could be under more pressure and could even close if the proposed $5 bump in pay passes, according to the study, released last Friday. Grocery costs could also go up for consumers, the analysis said.

The projections arrive as council members are scheduled on Wednesday, Feb. 24, to consider the temporary mandate. The boost was proposed as a way to offset the disproportionate effect COVID-19 is having on workers at grocery stores, which have remained open — deemed “essential businesses” — throughout the pandemic.

The proposal would only apply to grocers that have 300 employees nationwide, 10 employees at each site, and 85,000 square feet of space in which 10 percent of the “sales floor” is dedicated to grocery and drug retail. The ordinance would sunset after 120 days.

The report noted that independent grocers could have a more difficult time shouldering the cost of hazard pay.

However, smaller chains and individual stores wouldn’t have the same ability to rely on other stores to offset such costs, the report said, while publicly traded grocers could have “more capacity to rely on the profits of stores throughout the nation to subsidize the local labor cost increase.”

LA City Council calls for ban on the use of electric prods, spurs and other instruments in rodeos

And companies may decide to close stores, in order to “contain costs,” according to the report, which pointed to plans by Kroger, the parent of Ralphs and Food 4 Less chains, to close two stores in Long Beach following the enactment of a $4 per hour hazard pay in that city. Both the stores had already been under-performing “for some time before the city of Long Beach hazard pay was enacted,” the city report also noted.

Such closures affect employees, vendors and third-party companies that work with those stores, as well as customers, who could have less access to fresh meat and produce. City officials said they were still researching the number of stores that would be in or around so-called “food deserts” where there is less access to fresh groceries.

Meanwhile, the hazard pay could potentially put a hold on plans by chains to open new stores, renovate or increase wages or promote employees, although the later is more likely at non-union stores, the report said.

The analysis includes a list of stores that could be subject to the mandate. Based on the assumption that each store has 80 employees, the …read more

Billionaires have added $1.3 trillion to their net worths during the pandemic — a 44% increase from March 2020