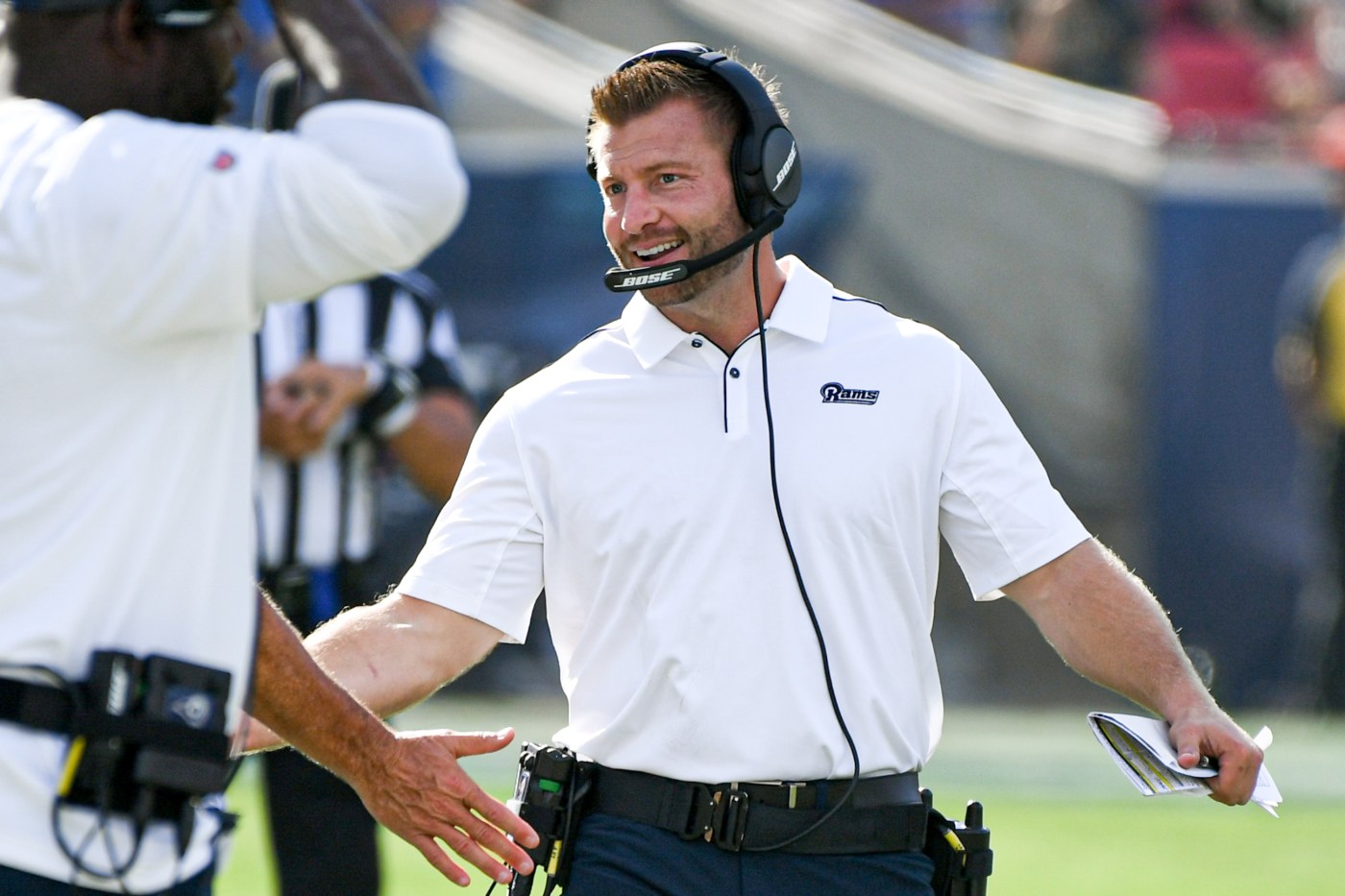 It’s a headache McVay seems to have accepted as a price of success – and a chance to radically reshape his sideline roster.

Among the promotions, running backs coach Thomas Brown got the additional title of assistant head coach, a role held by linebackers coach Joe Barry before he left to become the Packers’ defensive coordinator.

The first Rams staff made up entirely of coaches hired since McVay took over in 2017 reflects a growing diversity of backgrounds.

Dixon, 36, is known as a one-time NFL defensive end but perhaps more for a court case that began when he was in high school near Rome, Ga. He was convicted of misdemeanor statutory rap and aggravated child molestation, the cause célèbre attracting the attention of Oprah Winfrey and civil rights leaders. He was freed from prison after the Georgia Supreme Court overturned the conviction on the latter charge, but he lost a football scholarship to Vanderbilt, and played instead at Hampton.

McVay didn’t speak with reporters in unveiling the new staff but is expected to do so in the coming days.

With the Rams revealing Tuesday that special-teams assistant coach Tory Woodbury is no longer on the staff, eight assistants have left the team since its second-round exit from the playoffs. The most prominent is defensive coordinator Brandon Staley, hired by the Chargers as head coach. The NFL’s top-ranked defense also lost Barry and cornerbacks coach Aubrey Pleasant.

Rams secondary could get tagged, one way or another

Rams’ Raheem Morris has higher goal for No. 1 defense

For Rams’ Aaron Donald, the real Big Game is a year from now

The best books of March 2021, according to Amazon’s editors

MicroStrategy took advantage of the weekend sell-off in bitcoin and bought more, adding to its $4.5 billion stake

The History of Santa Anita Park: Horse Racing and more