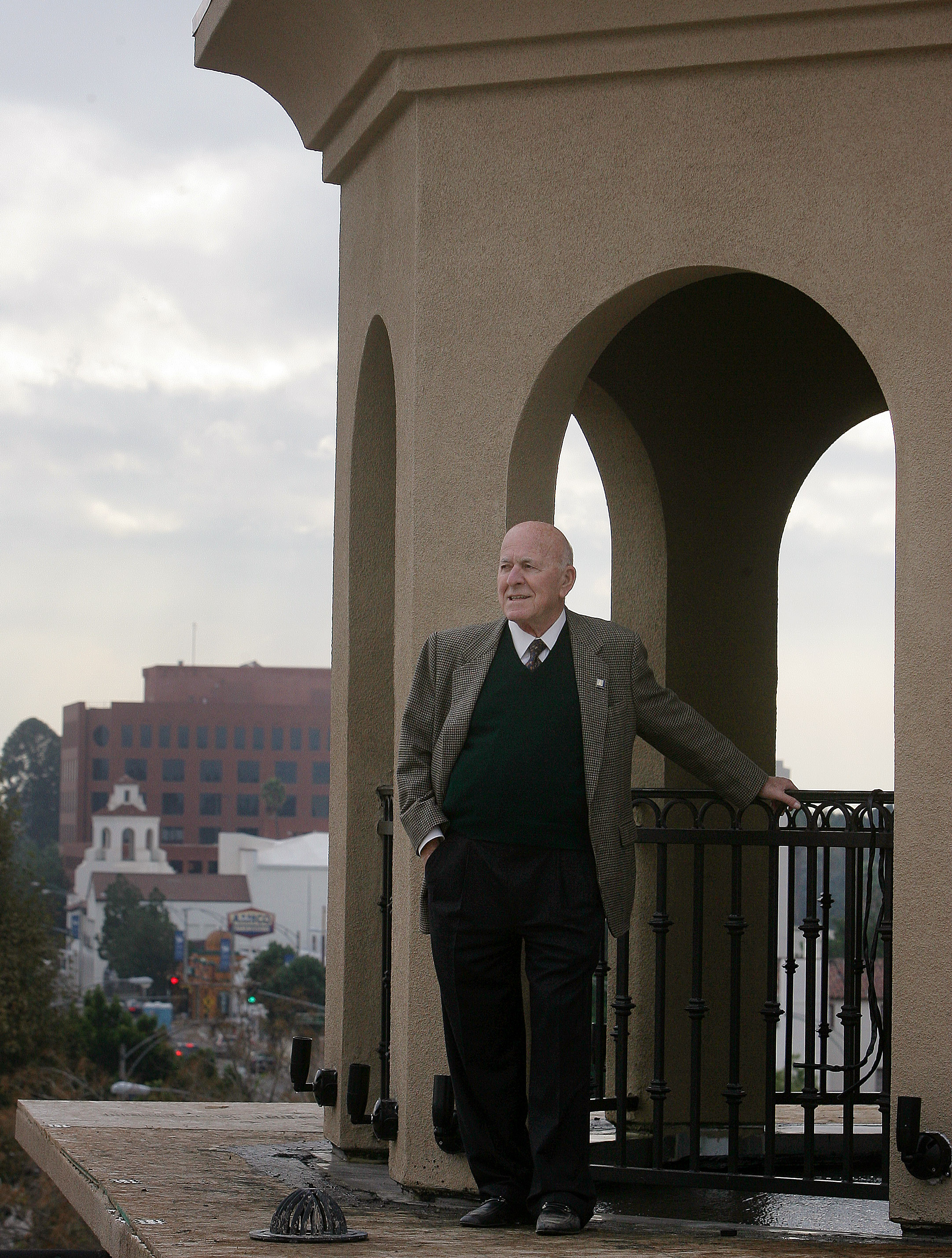 Mark Rubin, Holocaust survivor, builder of Riverside office towers, townhouses and shopping centers in Riverside, and advocate for a UC Riverside medical school, has died. He was 84.

Rubin, a Beverly Hills resident, never lived in Riverside or the surrounding area, but considered it to be a prime location for future Southern California growth, said daughter Michelle Rubin of Los Angeles, who is president of Regional Properties.

“My dad just said, ‘I love building in Riverside. I love the people,’” she said. “It was all about the people.”

Developer Mark Rubin stands on a tower atop the southwest corner of his Raincross Promenade condominium project when it was under construction in downtown Riverside in December 2009. Seen at lower left is the Fox Performing Arts Center. (File photo by David Bauman, The Press-Enterprise/SCNG)

Developer Mark Rubin stands inside a unit of his Raincross Promenade condominium project when it was under construction in downtown Riverside in December 2009. Rubin, who died recently, has been praised for the many projects he built in Riverside. (File photo by David Bauman, The Press-Enterprise/SCNG)

Mark Rubin stands in the courtyard of his 141-unit condominium and townhouse project on Market Street in downtown Riverside in July 2010. (File photo by Frank Bellino, The Press-Enterprise/SCNG)

Mark and Pam Rubin, left, are seen with UC Riverside Chancellor Kim Wilcox and his wife, Diane Del Buono, at the university in 2014. (Photo courtesy of UC Riverside)

Mark Rubin, left, is seen with wife Pam in 2014 at UC Riverside. An advocate for a UC Riverside medical school, has died at 84. (Photo courtesy of UC Riverside)

With a federal wealth tax looking unlikely, states like New York could enact their own

Mark Rubin died of natural causes Saturday, Feb. 13, she said, and a funeral was held last week. Her family plans a memorial service in Riverside when coronavirus health orders allow for people to gather.

One of Mark Rubin’s most prominent developments is the Citrus Tower, a six-story office building at University Avenue and Lime Street in downtown Riverside that is a signature landmark along the 91 Freeway.

His last project, The Mark, a seven-story building that will feature 165 apartments and 20,000 square feet of retail shops on the ground floor, is under construction a few blocks away on Market Street, Michelle Rubin said. It is expected to be completed late this summer, she said.

Michelle Rubin said her dad built many other projects after getting his start decades ago with the purchase of 2,500 acres of open land in the city’s Mission Grove area, which today is a bustling part of the city along Alessandro Boulevard.