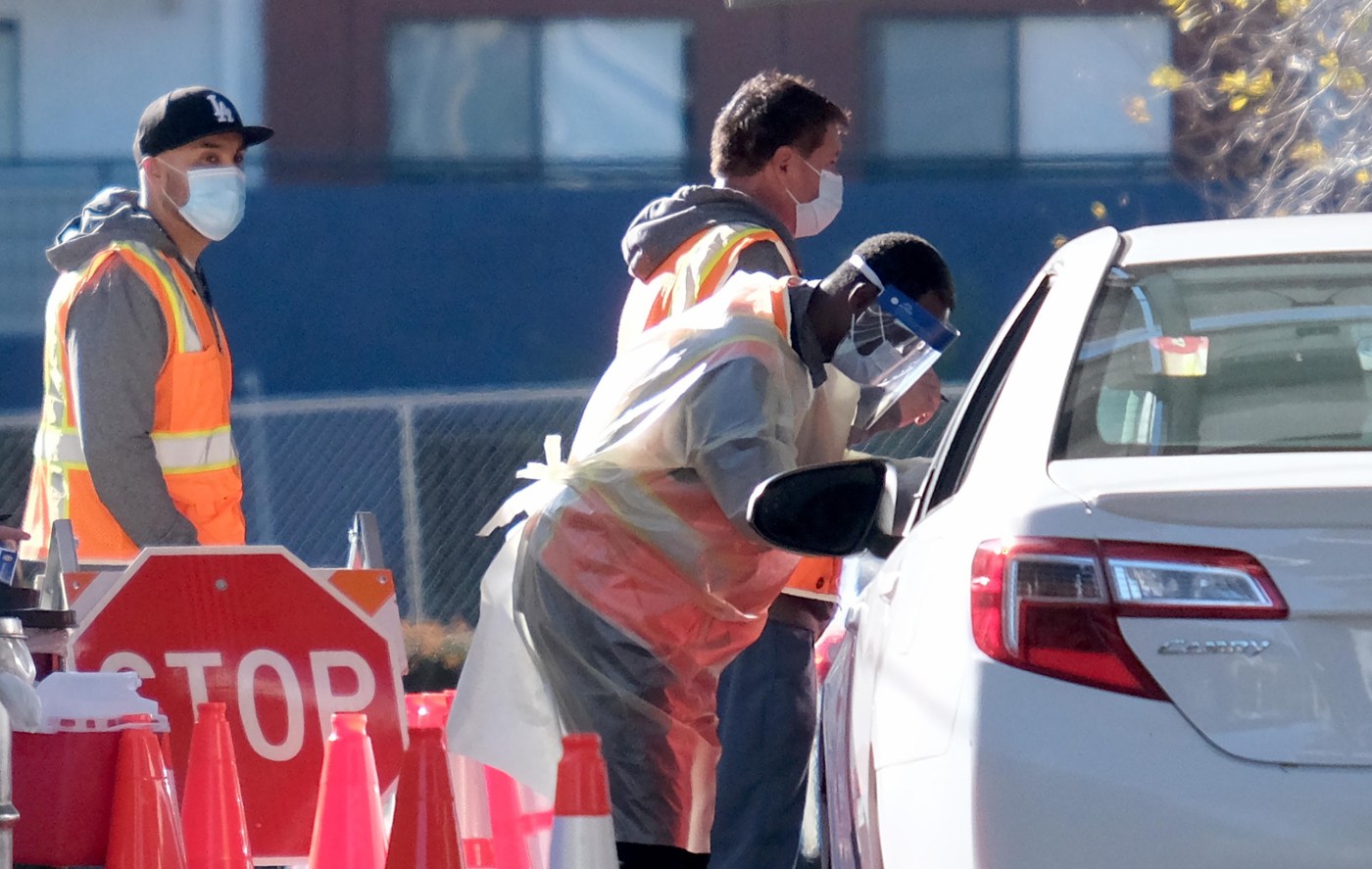 Just one week away from expanding eligibility for the coronavirus vaccine by up to 1.8 million people, Los Angeles County officials are worried the online system required by the state to book appointments will continue to pose challenges in communities hit hardest by the pandemic.

Board of Supervisors Chairwoman Hilda Solis said on Tuesday, Feb. 23, that she was “not surprised,” but nonetheless “disgusted” by certain people using any means necessary to obtain vaccine doses.

“I can tell you I was very alarmed to hear that individuals had gained access from the code given hours before the pod was set up,” Solis said, describing a vaccination site at a public housing facility in Boyle Heights intended only for seniors who live there. “And somehow they were able to get in line ahead of the people this was intended for.”

Among those who came to the public housing facility to receive a vaccine dose was a resident of Beverly Hills, Solis said.

Officials and reporters have noticed for weeks that people receiving doses at certain vaccination sites were coming from areas all around the Southland and not necessarily from local neighborhoods the clinics were intended to serve.

Supervisors Janice Hahn, District 4, and Sheila Kuehl, District 3, said it was not right to vilify those who desperately want a vaccine — while stopping short of defending such actions.

“People are scared,” Hahn said. “We wouldn’t have communities competing against one another if we had more vaccines.”

The ability to create what public health officials call “closed sites” — where they can designate appointments for only certain people, such as residents of a local neighborhood — has stumbled, spurring officials to raise the issue with vaccine-appointment website administrators.

The issue is far from resolved. The best solution offered has been to use access codes. Though, as in the case in Boyle Heights and elsewhere, those codes get leaked and used by others.

“Here we are again in a situation where the lack of access to the internet is leaving people behind,” Solis said. “And there are those who don’t have the ability to sit at home and work on the internet because they have to go out and work to put food on the table. I am reminded that this is a society of inequitably and I hate to say it but discrimination.”

The online appointment system has contributed to the unequal distribution of the coronavirus vaccine, Solis said, which has resulted in lower rates of vaccinations in the densely populated communities of color that are among the hardest hit by the virus.

If not fixed soon, supervisors worried that the problems may snarl efforts in the next push to vaccinate up to 1.8 million more people, including teachers and other essential workers.

Ferrer laid out a plan Tuesday to administer vaccines across a vast network of school districts, public-safety agencies, childcare providers and food/agricultural workers. Much of the plan involves expanding on partnerships with health clinics, hospitals and pharmacies to vaccinate populations of teachers and other essential essential workers, possibly bypassing the state …read more