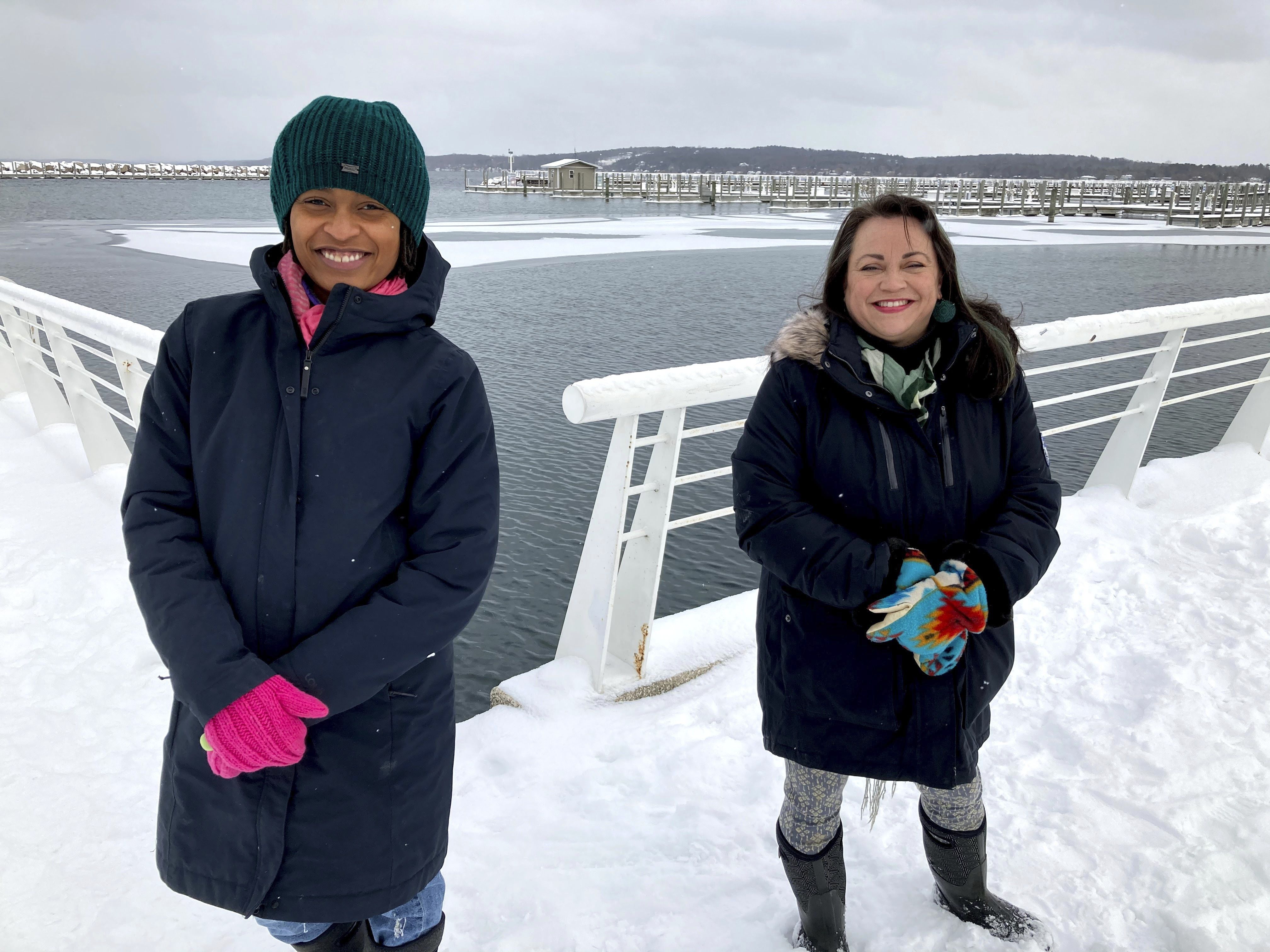 Some 90 minutes into a routine meeting of the Grand Traverse County board, its agenda packed with mundane topics such as roads and libraries, came a surprising seven seconds that drew the kind of national attention no local government wants.

The Jan. 20 proceedings were livestreamed, with members joining from home because of the pandemic. As usual, citizens phoned in to sound off. Among them was Keli MacIntosh, who complained about remarks to the board last spring by members of the Proud Boys on designating the county four hours northwest of Detroit as a “Second Amendment sanctuary.”

As MacIntosh urged the chairman to disavow the far-right group that was a leading agitator during the Jan. 6 riot at the U.S. Capitol, commissioner Ron Clous — seated in a room with deer heads mounted on a wall — briefly disappeared from view and returned holding a rifle. He brandished it for the webcam, then set it aside.

The chairman, Rob Hentschel, laughed onscreen. But many in this Lake Michigan bayside community, which prizes tourism and a friendly image, were not amused. To them, the provocative gesture that made national headlines was another sign of a deeper problem in this woodsy, idyllic region that couldn’t be brushed aside.

Michigan’s northwestern Lower Peninsula is more than a resort community with sandy beaches, cherry orchards and arts festivals where vacationers come to play. Beneath the cheery exterior lurk racial and cultural divides eerily similar to those that have ignited protests and violence elsewhere.

“In this age, no place is an island,” said Warren Call, president of a business organization in Traverse City, the county seat. The incident “goes against everything we stand for.”

This postcard-pretty patchwork of small towns, forests and fields is far removed from the tough streets of urban America and the South’s racial tinderboxes. But as northern Michigan becomes more popular and accessible, long-simmering conflicts boil over.

Income inequality is stark in the area, notorious for skimpy wages. Producers of the fruit for which Traverse City bills itself “cherry capital of the world” are struggling to survive. Meanwhile, pricey condominium developments spring up to accommodate an influx of wealthy retirees and summer residents whose yachts pack lakefront marinas, while 20-somethings who serve their meals in upscale restaurants scramble for affordable housing.

Some elderly newcomers from big cities — and younger ones who can work remotely via wireless internet — bring progressive ideas that clash with Northern Michigan’s entrenched conservatism. The area remains solidly Republican, although Democrats have captured two county commission seats representing Traverse City, which has a gay mayor.

Leelanau County, adjacent to Grand Traverse and dotted with wineries and a national lakeshore, was embarrassed last August when road commissioner Tom Eckerle used the n-word during a meeting while blaming Blacks in Detroit for spreading the coronavirus. The 75-year-old farmer resigned under pressure.

“I got calls about that from the East Coast to the West Coast,” Chet Janik, the county administrator, said in an interview. “We had minority people asking if it was safe for them to come up here.”