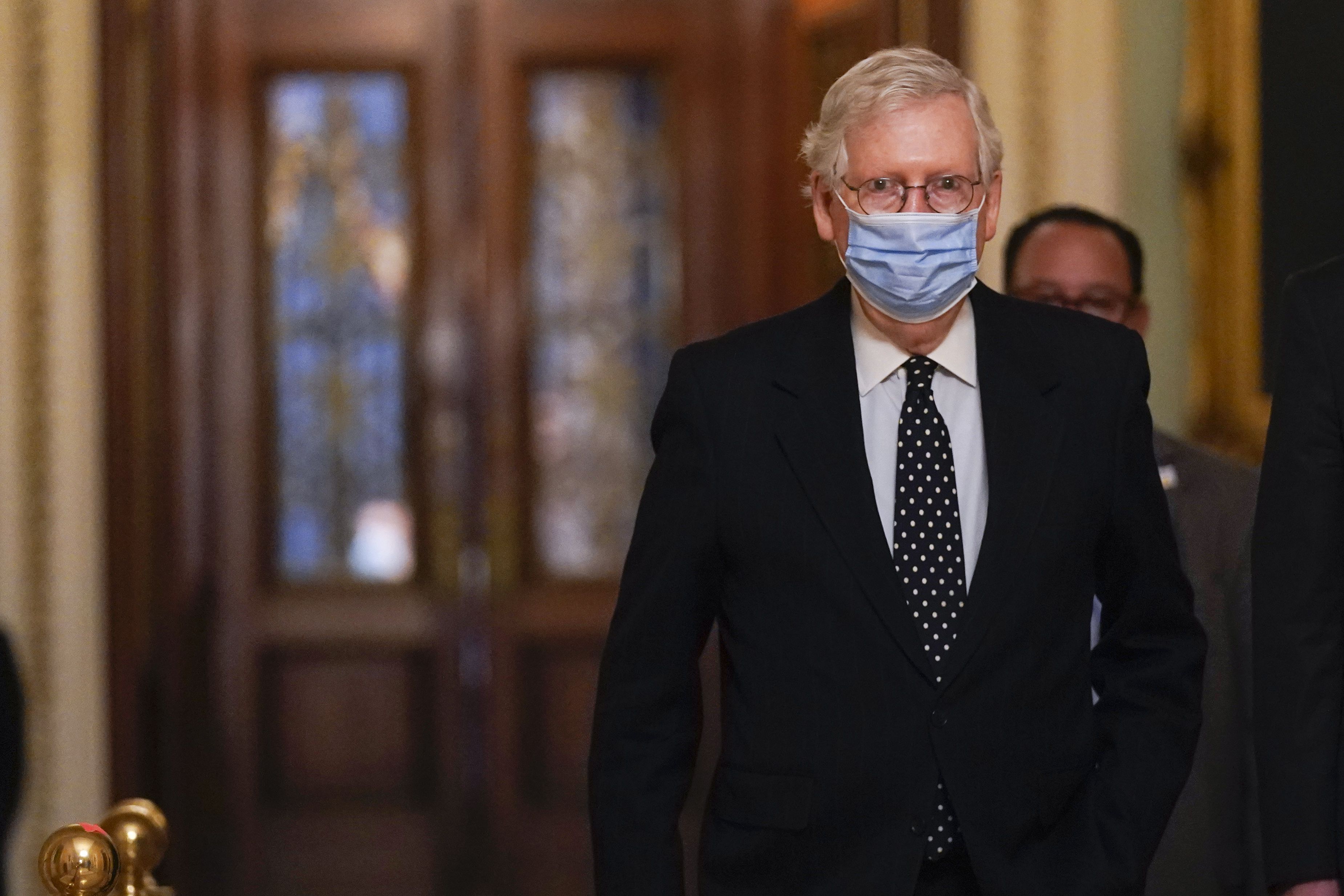 Now that the House has impeached President Donald Trump for the second time, Speaker Nancy Pelosi must figure out the best strategy for arguing the case before the Senate.

Senate rules say the trial must start soon after the chamber receives the article of impeachment, which charges “incitement of insurrection” after an angry mob of Trump’s supporters invaded the Capitol last week. But Pelosi has not said when the House will deliver it.

If the House sends it to the Senate early next week, or before then, a trial could begin at 1 p.m. on Inauguration Day, Jan. 20. President-elect Joe Biden will be sworn in at noon.

What is certain for now is that the impeachment trial will be held after Trump has already left office. Biden has said the Senate should be able to split its time confirming his nominees and passing legislative priorities while also holding hearing the impeachment case.

But it’s still unclear exactly how the trial will proceed and if any Senate Republicans will vote to convict Trump.

A look at next steps:

SENDING TO THE SENATE

Once the House votes to impeach, the speaker of the House can send the article or articles over to the Senate immediately — or she can wait a while. Many Democrats in Pelosi’s caucus have urged her to do so immediately.

The speaker met this week with the nine impeachment managers she appointed to argue the case and is also consulting the Senate, according to Colorado Rep. Diana DeGette, who is one of the managers. She says it “hasn’t been settled yet” when the House will send them over.

Inside the glamorous world of 'Bling Empire' star Jaime Xie, the tech heiress looking to forge her own path as a fashion influencer

Another of Pelosi’s managers, Pennsylvania Rep. Madeleine Dean, said Thursday that “what we did in the House, in bringing forth a single article of impeachment with the urgency that we did, I think should indicate to you that we feel an urgency in our caucus to move forward.”

Once the articles are sent over — that is usually done with an official walk from the House to the Senate — then the majority leader of the Senate must start the process of having a trial.

The Senate is not scheduled to be in session until Jan. 19, which could be Senate Re,publican leader Mitch McConnell’s last day as Senate leader. Once Vice President Kamala Harris is sworn in, making her the president of the Senate, and Georgia’s two Democratic senators are also sworn in, Senate Democratic leader Chuck Schumer will take charge and determine how the trial will proceed.

McConnell said Wednesday he would not bring the Senate back on an emergency basis to start the trial, meaning it won’t conclude until after Trump has left office.

In the past two impeachment trials — that of Bill Clinton in 1999 and Trump last year — the trial started the day after the articles were received. If the Senate follows that precedent and Pelosi sends the articles to the Senate by Jan. 19, then the trial would begin on Jan. 20. …read more