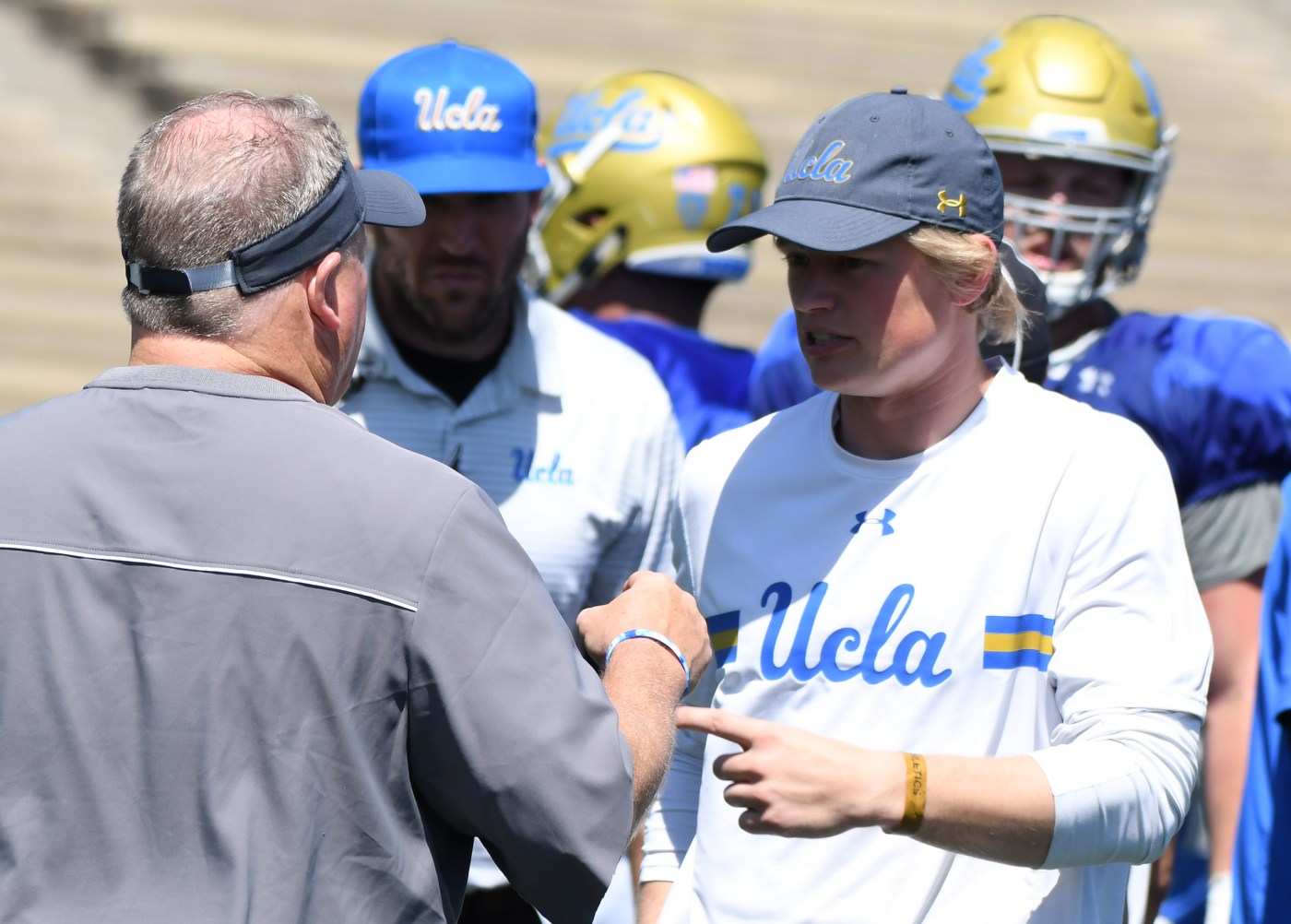 UCLA has promoted Jerry Neuheisel to wide receivers coach after spending seven of the past nine seasons with the program as a back-up quarterback and most recently a graduate assistant coach working with receivers.

Neuheisel, who started his coaching career at Texas A&M as an offensive quality control coach in 2017 before returning to UCLA, will replace former receivers coach Jimmie Dougherty, who was named an assistant at Arizona.

UCLA coach Chip Kelly brought Neuheisel back to UCLA as a graduate assistant in 2018, where he has been the past three seasons. Neuheisel was mostly a back-up quarterback at UCLA from 2012-15 and played professionally in Japan for a year before deciding to return to pursue coaching.

Neuheisel, the son of former UCLA coach Rick Neuheisel and a graduate of Loyola High School in Los Angeles, will have the benefit of having a fourth-year starting quarterback in Dorian Thompson-Robinson, who is returning for his senior year after leading the Pac-12 this past season in touchdown passes (18), total offensive touchdowns (31) and an offense that averaged 455 yards per game, which was second in the Pac-12.