Trinity Rodman will make her name on the soccer field 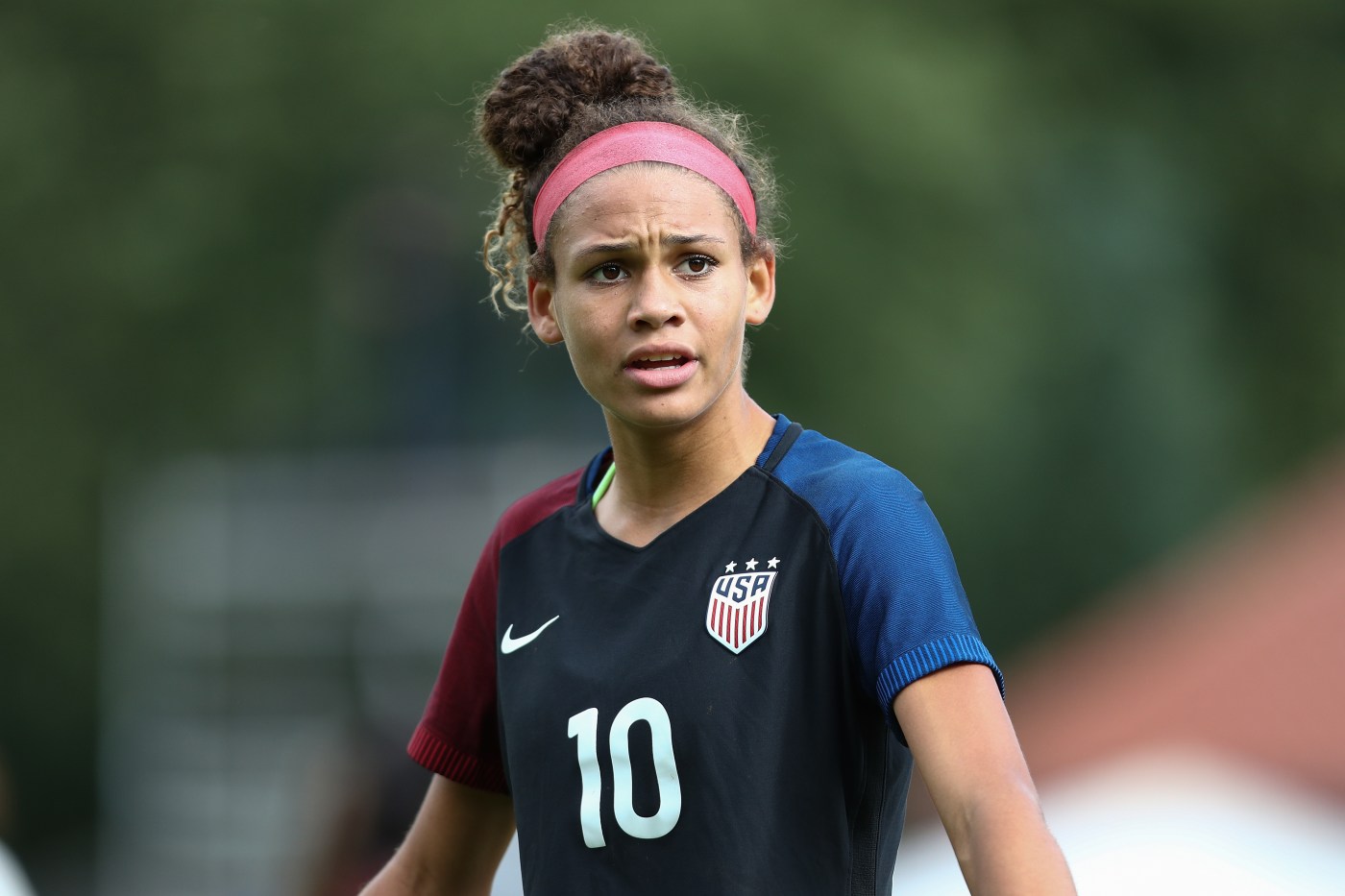 Trinity Rodman has a famous father, but even at 18 years old, she’s ready to forge her own path as a professional soccer player.

The daughter of NBA Hall of Famer Dennis Rodman, who had enrolled at Washington State before deciding to register for the NWSL draft, was the second overall selection by the Washington Spirit on Wednesday.

“With my dad, I’m so thankful, he was an amazing athlete and I got those genes from him,” the Newport Beach native said. “I’m excited to be known as Trinity Rodman and not just Dennis Rodman’s daughter. I’m excited to pave my own path and get better throughout this journey.

“Being a pro has been my dream forever. The one thing I’m most excited for is to learn from this. At the professional level, you’re going to learn more than you’re going to do well and I’m excited to learn.

Even though the 5-foot-10 hasn’t played at the collegiate level yet, Rodman has certainly made an impact at the youth national team level.

At the 2020 CONCACAF U-20 Championships in March, Rodman scored eight goals with six assists.

The Pac-12 was one of the conferences that postponed the women’s soccer season from the fall, which gave Rodman time to think about her future.

“As COVID hit, I was kind of feeling stuck in a way,” she said. “I know professional (soccer) is a higher level and I know I’m at a point right now, where I could be at the level to get even better than I would be in college … so I was like, let’s just go (pro).”

Rodman’s older brother, DJ, is a sophomore basketball player at Washington State who, like his sister, attended JSerra High in San Juan Capistrano.

Trinity Rodman’s soccer dream started when she was 4.

“When you’re young, you try a lot of sports,” she said. “Soccer to me, it felt like home, I felt so comfortable playing and I think I noticed at really young age, like 7 or 8 because I would get so annoyed when we would lose, soccer has always been embedded in my brain and I can’t stop thinking about it. I just kind of fell in love with the game.”

With the eighth pick, USC senior Tara McKeown, from Newbury Park High, was also selected by the Spirit. The Spirit traded up to the 8th pick to select McKeown, who has scored 25 goals with 20 assists in 62 games with USC.

UCLA’s Viviana Villacorta, out of Mira Costa High, was the ninth pick in the first round to the Orland Pride. Villacorta said her plans are to play the spring season with UCLA and then head to Orlando.

Villacorta has international experience playing with the U-18 and U-19 levels, as well as a member of the U.S. U-20 World Cup team.

“I’m so excited, I’m so honored to be a part of this awesome team with amazing players,” Villacorta said “I know I’m going to learn so much and I’m just going to keep growing as a player and as a person …read more

The best space heaters in 2021