Rams QB Jared Goff will start vs. Packers; John Wolford is out 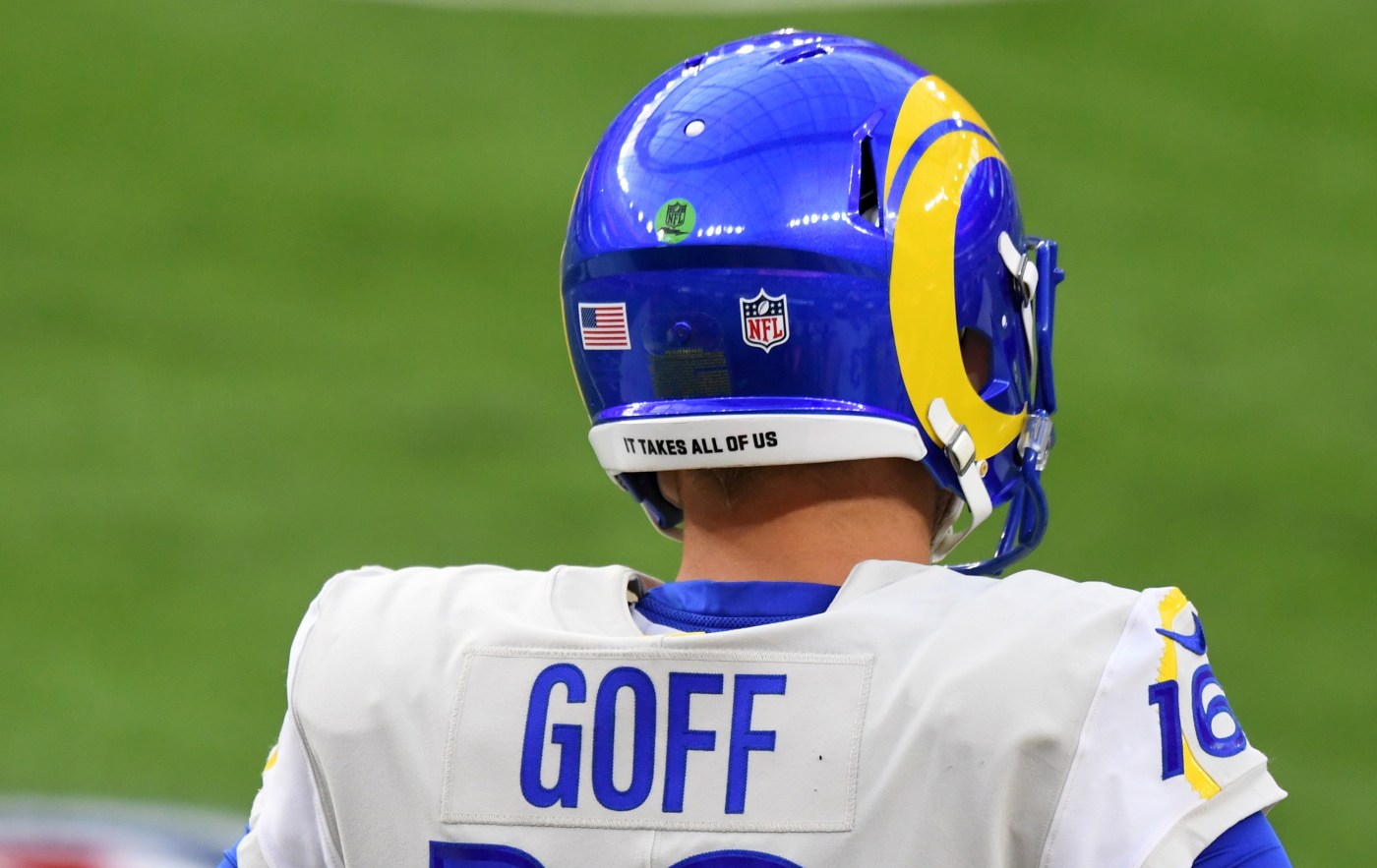 THOUSAND OAKS — Jared Goff will start at quarterback for the Rams in their playoff game against the Green Bay Packers on Saturday after John Wolford was declared out Thursday with a neck injury.

It will be Goff’s first start since surgery Dec. 28 to stabilize his fractured and dislocated throwing thumb.

After watching Wolford lead the Rams in their regular-season-ending victory over the Arizona Cardinals, Goff came off the sideline when Wolford was injured early in the first-round playoff game against the Seattle Seahawks on Saturday, guiding the Rams to a 30-20 win.

Wolford hasn’t practiced this week, and Rams coach Sean McVay declared him out of the Packers game before practice Thursday.

McVay said Blake Bortles will back up Goff in the NFC Divisional game at Lambeau Field, and practice-squad quarterback Bryce Perkins might be activated for the first time.

Goff’s thumb is “more normal” 18 days after he hurt it in a regular-season loss at Seattle.

“He’s good. He’s doing a nice job throughout the course of the week,” McVay said. “I know he’s been pain-free, but I think the more functionality you’ll get from that thumb surgery and feeling like yourself as far as (how) he can grip,   throwing the ball and different things that position entails from a ball-handling perspective.”

Rams’ Aaron Donald wants to put the hurt on Packers

Whicker: Darious Williams, the Rams’ ‘other’ cornerback, has been a revelation

Why the Chargers could hire Rams DC Brandon Staley

6 reasons the Rams have beaten expectations this season