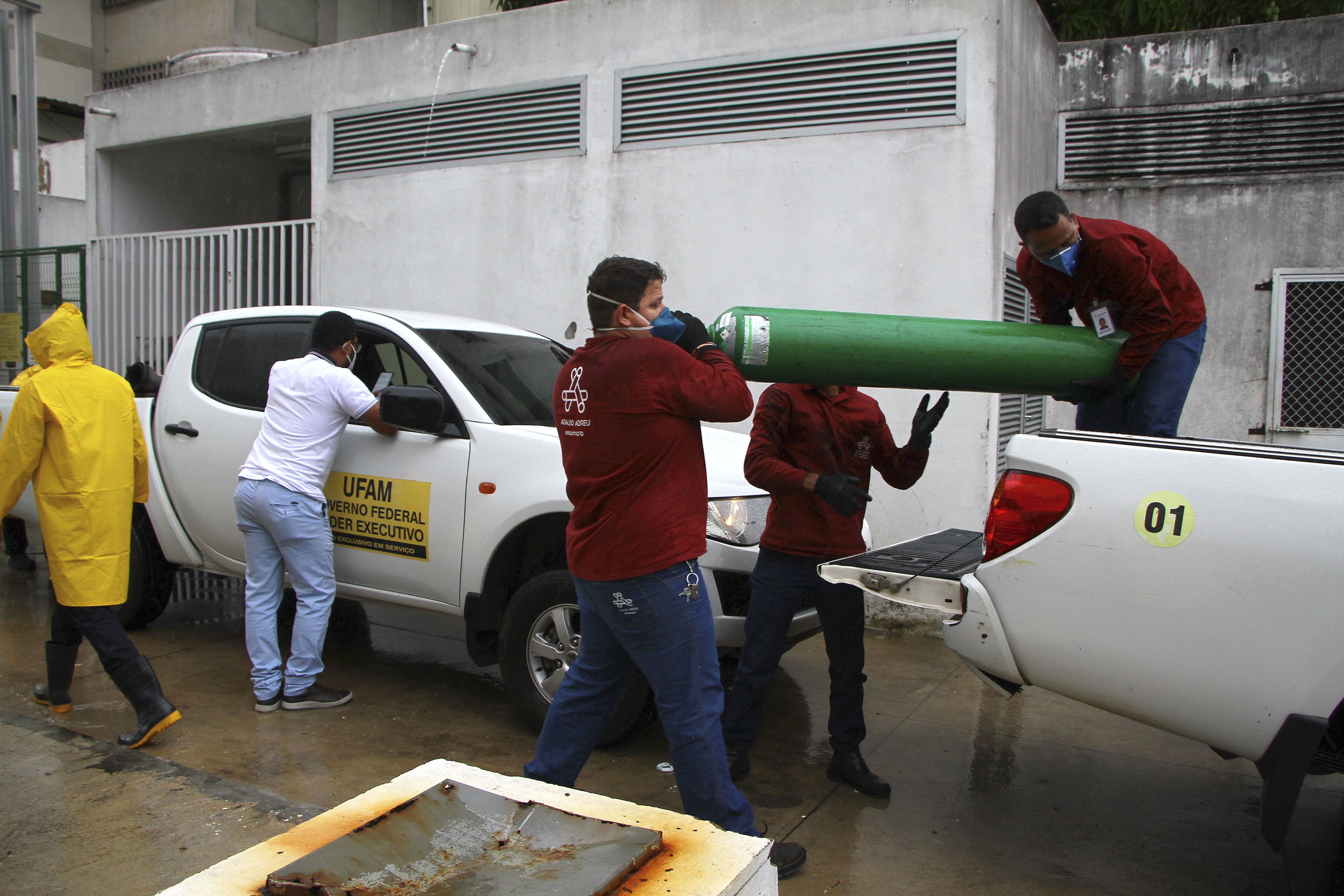 Dozens of COVID-19 patients in the Amazon rainforest’s biggest city will be flown out of state as the local health system collapses, authorities announced Thursday as dwindling stocks of oxygen tanks meant some people were starting to die breathless at home.

Doctors in Manaus, a city of 2 million people, were choosing which patients to treat, and at least one of the city’s cemeteries asked mourners to line up to enter and bury their dead. Patients in overloaded hospitals waited in despair throughout the day as oxygen cylinders arrived to save some, but came too late for others.

The strains prompted Amazonas state’s government to say it would transport 235 patients who depend on oxygen but aren’t in intensive-care units to five other states and the federal capital, Brasilia.

“I want to thank those governors who are giving us their hand in a human gesture,” Amazonas Gov. Wilson Lima said at a news conference on Thursday.

“All of the world looks at us when there is a problem as the Earth’s lungs,” he said, alluding to a common description of the Amazon. “Now we are asking for help. Our people need this oxygen.”

Many other governors and mayors elsewhere in the country offered help later amid a flood of social media videos in which distraught relatives of COVID-19 patients in Manaus asked followers to buy oxygen for them.

Brazilian Vice President Hamilton Mourão said on Twitter that the country’s air force had taken more than eight tons of hospital items including oxygen cylinders, beds and tents to Manaus.

Federal prosecutors in the city, however, asked a local judge to put pressure on President Jair Bolsonaro’s administration to step up its support. The prosecutors said later in the day that the main air force plane in the region for oxygen supply transportation “needs repair, which brought a halt to the emergency influx.”

Neither air force nor the federal health ministry answered a request for comment from The Associated Press.

The U.S Embassy in Brasilia confirmed it had received a request from local authorities to give support to the initiative, without providing details.

Manaus authorities recently called on the federal government to reinforce their dwindling stock of oxygen needed to keep COVID-19 patients breathing. The city’s 14-day death toll is approaching the peak of last year’s first wave of the coronavirus pandemic, according to official data.

In that first peak, Manaus consumed a maximum 30,000 cubic meters (about 1 million cubic feet) of oxygen per day, and now the need has more than doubled to nearly 70,000 cubic meters, according to White Martins, the multinational company that provides oxygen to Manaus’ public hospitals. At his news conference, the governor blamed White Martins for the shortfall in supply.

“Due to the strong impact of the COVID-19 pandemic, the consumption of oxygen in the city increased exponentially over the last few days in comparison with a volume that was already extremely high,” White Martins said in an emailed statement to AP. “Demand is much higher than anything predictable and … …read more