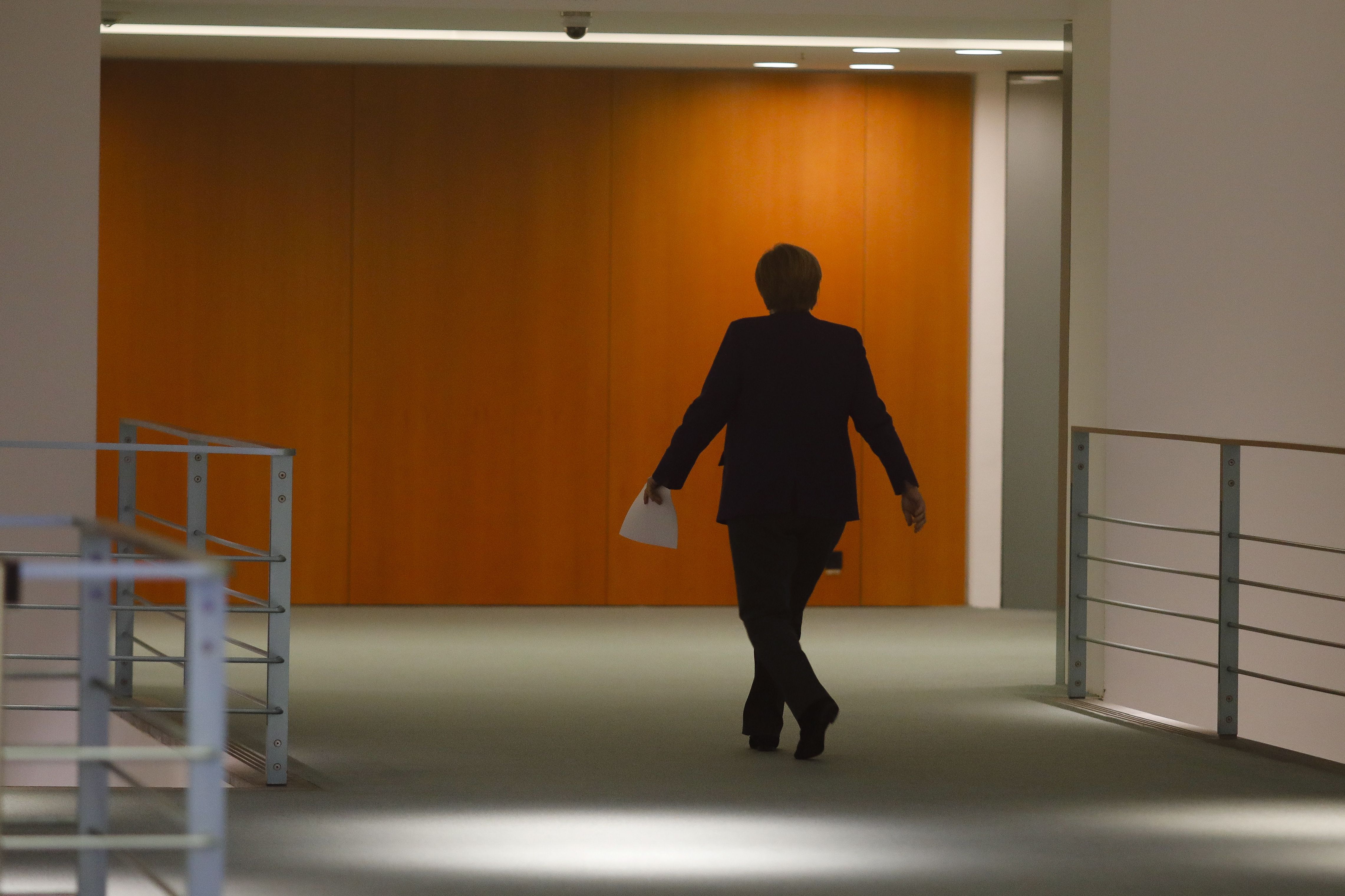 Chancellor Angela Merkel’s center-right party is choosing a new leader this weekend, a decision that will help shape German voters’ choice of a successor to Merkel at the helm of the European Union’s biggest economy after her 16-year reign.

Merkel, now 66, has steered Germany, and Europe, through a series of crises since she took office in 2005. But she said over two years ago that she won’t seek a fifth term as chancellor.

Now her Christian Democratic Union party is seeking its second new leader since she quit that role in 2018. That person will either run for chancellor in Germany’s Sept. 26 election or have a big say in who does run.

Current leader Annegret Kramp-Karrenbauer announced her resignation last February after failing to impose her authority on the party. A decision on her successor was delayed repeatedly by the coronavirus pandemic. Eventually, the CDU decided to hold an online convention this weekend.

Delegates from Germany’s strongest party can choose Saturday between three main candidates who differ markedly, at least in style. There’s no clear favorite.

Friedrich Merz, 65, would mark a break from the Merkel era. The party has dominated the center ground, ending military conscription, enabling if not embracing same-sex marriage, and allowing in large numbers of migrants, among other things.

He has a more traditionally conservative and pro-business image, and recently wrote in Der Spiegel magazine that “the CDU must, whether it wants to or not, step out from the shadow of Angela Merkel.”

Merz has said he wants to give a “political home” to disillusioned conservatives, but won’t move “one millimeter” toward the far-right Alternative for Germany party.

This is Merz’s second bid for the party leadership after he lost narrowly last time to Kramp-Karrenbauer, considered Merkel’s preferred candidate. He led the center-right group in parliament from 2000 to 2002, when Merkel pushed him out of that job, and left parliament in 2009 — later practicing as a lawyer and heading the supervisory board of investment manager BlackRock’s German branch.

Merz has sought to portray his decade out of politics as a strength but lacks government experience. Armin Laschet, the governor of Germany’s most populous state, North Rhine-Westphalia, offers that.

Laschet, 59, is a more liberal figure, elected as governor in 2017 in a traditionally center-left stronghold, and viewed as likely to continue Merkel’s centrist approach. In a debate among the candidates last week, he said: “What I bring is government experience, the leadership of a big state, balancing different interests and — this perhaps doesn’t hurt for a CDU leader — having won an election.”

The third contender, Norbert Roettgen, lost the 2012 state election in North Rhine-Westphalia. Merkel subsequently fired him as Germany’s environment minister. Roettgen, 55, says he has learned from that experience. He has proclaims himself a candidate for the “modern center” who emphasizes issues such as fighting climate change.

Roettgen, now chairman of parliament’s foreign affairs committee, was long considered the outsider but surveys have showed him gaining ground among CDU supporters. He suggested last week he would …read more