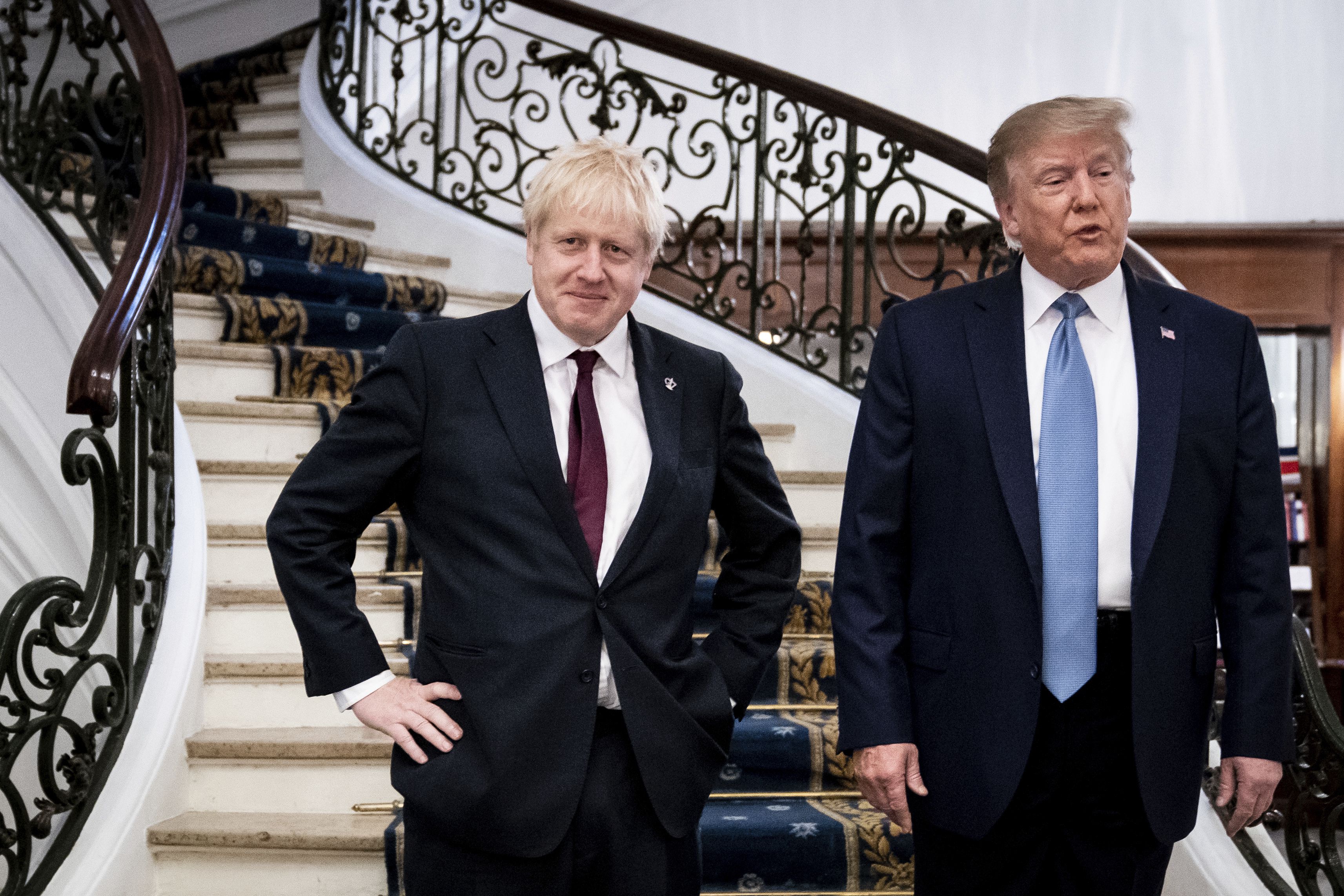 British Prime Minister Boris Johnson has said a lot of nice things about Donald Trump over the years, from expressing admiration for the U.S. president to suggesting he might be worthy of the Nobel Peace Prize.

But after a mob of Trump supporters invaded the U.S. Capitol on Jan. 6, Johnson has changed his tune.

Trump, he said, had encouraged the violent insurrection, had disputed the result of a “free and fair election,” and was “completely wrong.”

It was a dramatic pivot for someone who has often been compared to Trump and refrained for years from openly criticizing him. Other world leaders also have faced dilemmas in dealing with the volatile and unpredictable president who trashed international agreements and institutions with abandon. But Johnson’s critics say his years of flattering — and, some say, imitating — Trump have harmed Britain’s international authority and poisoned its political culture.

Leslie Vinjamuri, director of the U.S. and the Americas program at the Chatham House think tank, said the issue of how to deal with Trump has been “the biggest question in in Western diplomacy for the past four years.”

“And I would say that the U.K. was on the wrong side of it,” she said.

Johnson is not the only Western leader who sought to befriend, persuade or placate Trump. French President Emmanuel Macron had an early bromance with the U.S. president, inviting Trump to Paris in 2017 for a Bastille Day military parade and dinner at the Eiffel Tower. Johnson’s predecessor, Theresa May, visited the White House just days after Trump’s inauguration and was photographed holding the president’s hand.

Both relationships soon turned sour, but Johnson was more successful in keeping on the good side of a president who praised him, ungrammatically, as “Britain Trump.”

Johnson supporters argue that he had no choice but to woo the leader of the U.K.’s most important ally — especially as Britain left the European Union and sought a key trade deal with Washington.

Johnson did try to change Trump’s course, attempting unsuccessfully to coax him back into the Iran nuclear deal. He also initially resisted U.S. pressure to ban the Chinese technology company Huawei from Britain’s 5G telecommunications network —- although he eventually caved in. Meanwhile, the coveted U.K.-U.S. trade deal has yet to emerge.

Critics say Johnson took his courting of Trump too far, and got little in return.

Emily Thornberry, a senior lawmaker for the opposition Labour Party, said the Conservative government’s indulgent attitude to Trump had been “humiliating and unnecessary.”

“We did everything that we could in order to charm him,” she told The Associated Press. “There was no charming this man. … He was a bully and the way to deal with bullies is to stand up to them.

“It was wrong in principle. It didn’t …read more