Lakers thump Thunder to stay unbeaten on the road 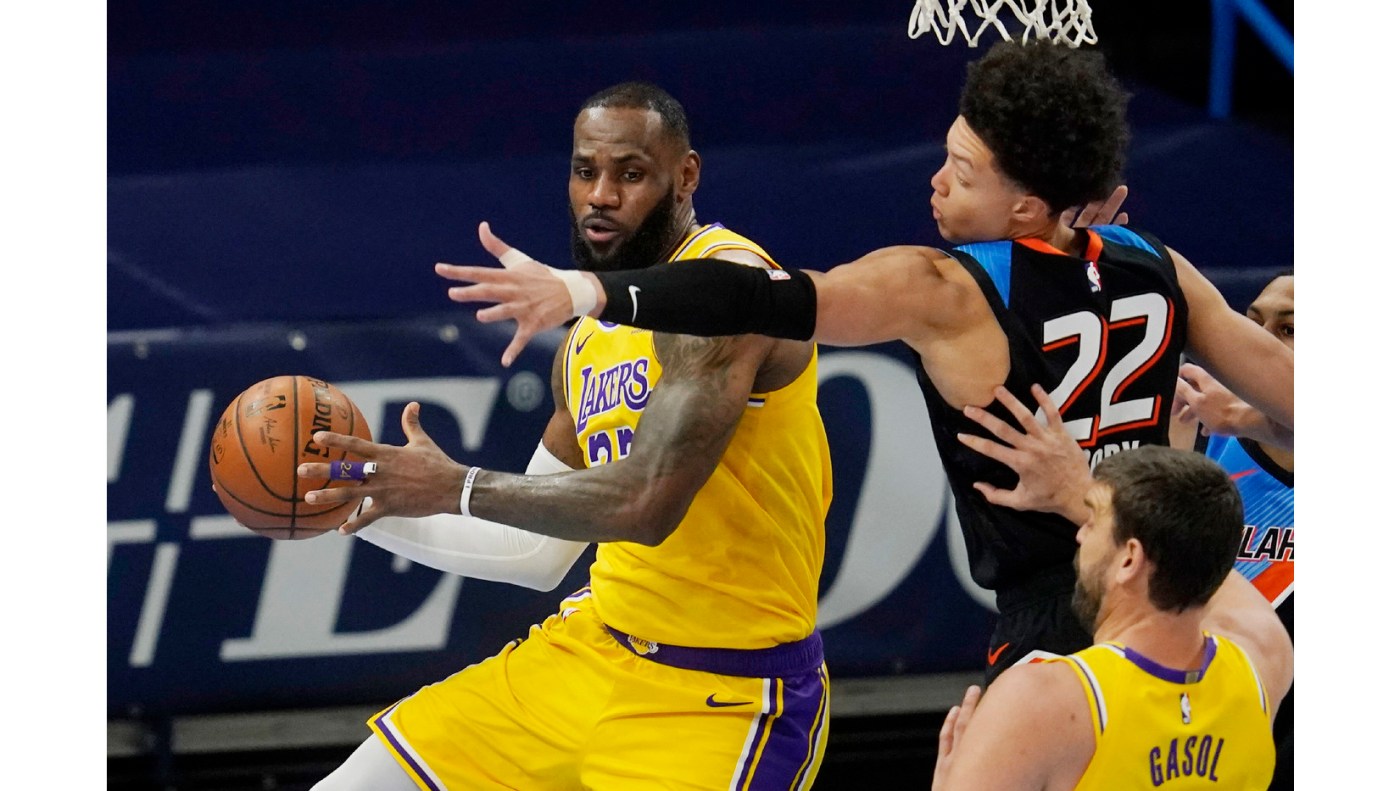 It’s a season in which home-court advantage means as little as ever, but it still has to mean something: The Lakers have not yet lost on the road.

Momentum continued to pick up for the league leaders, as the Lakers (10-3) swept aside the rebuilding Oklahoma City Thunder, 128-99, on Wednesday night to improve to 7-0 away from Staples Center – the best road start in franchise history. The visitors never trailed.

Dennis Schröder had an inefficient shooting night in his return to the team where he spent the last two seasons, needing 12 shots to score 14 points. But the 27-year-old point guard was plenty happy to play distributor on his new stacked squad, adding five assists.

The bench got plenty of playing time with a lead that reached double figures early in a game that saw the Lakers take command with a 16-0 second-quarter run. Montrezl Harrell had 21 points to lead a reserve unit that outscored its Oklahoma counterparts, 57-49.

The Thunder fell to 0-5 at Chesapeake Energy Arena, a venue where they’ve traditionally been a stronghold behind the might of an arena packed with energetic fans. But these are different days for the franchise since trading Chris Paul: Former Clipper Shai Gilgeous-Alexander paced Oklahoma City with 17 points.

All 12 Lakers who played scored in the team’s second-highest scoring effort of the year.

Here's how PJ Solomon's new COO is thinking about the future of dealmaking: 'We don't need to be in the middle of Manhattan'

Does the James Harden trade help the Nets catch the Lakers?

Concern grows as NBA cancels more games due to COVID-19