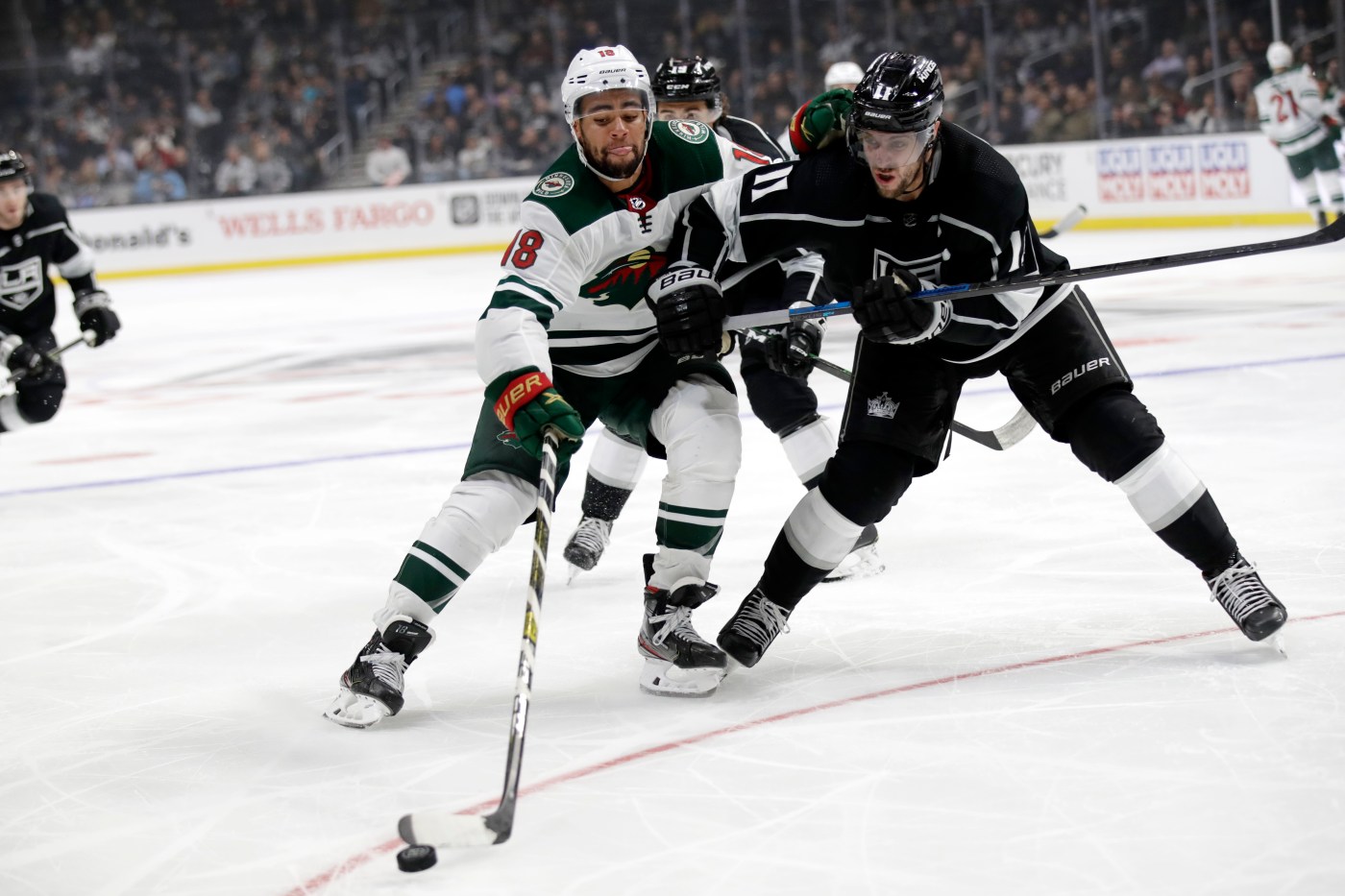 While the fans may not yet be back to Staples Center, the ice is down and the Kings are set to open their season Thursday night against the Minnesota Wild.

The Kings released their opening night roster Wednesday, and it included some surprises. Most notable were the absences of goalie Cal Petersen and defensemen Kurtis MacDermid and Sean Walker. They were subject to isolation and monitoring due to potential coronavirus contact.

General Manager Rob Blake said that their lack of availability had a ripple effect greater than it normally would since it affected the construction of not only the Kings’ lineup and main roster, but also their taxi squad. This season there will be four to six players – the Kings are carrying four presently – available to teams in the event of situations like this.

“A lot of it was juggling the COVID-protocol-related absence group. If you had asked me five days ago, the taxi squad probably would have looked different,” Blake said.

All three players could be available to the Kings as soon as Friday, assuming their tests continue to come back negative.

Top prospects Quinton Byfield and Arthur Kaliyev were sent to the minors and may ultimately return to their junior clubs, while prospect center Alex Turcotte was “week to week” after sustaining a lower-body injury at the World Junior Championships.

Kings forward and Thousand Oaks native Trevor Moore said this training camp had been different from camps he had gone through with the Toronto Maple Leafs before being traded to his hometown club last season.

“Camp has been a little bit higher pace, with high intensity and more teaching,” Moore said.

Blake said those differences were, in part, because there was a smaller and more experienced group of players at camp due to fewer junior players participating.

He also said it helped that Todd McLellan and his system were entering their second season in L.A. after the Kings finished their truncated 2019-2020 season in March with seven consecutive victories.

“That level of play was good right off the hop. Last year we started from scratch and everything was new to everybody,” Blake said.

Moore and Blake said the club’s goal right from camp was to qualify for the playoffs.

That push will begin against the Wild, who will face the Kings on Thursday and again Saturday, possibly with more of the black-and-silver’s regulars in tow.

The Wild are in a similar transition to the Kings, having gone from six consecutive postseason berths to missing the playoffs in 2019 and losing in the qualifying round in 2020. They’ve changed GMs (twice), coaches and goalies during those non-playoff seasons, and also gotten a bit younger in terms of personnel.

One player they hope can redirect their fortunes is Kirill “The Thrill” Kaprizov, who has gone from unheralded fifth-round pick to a fashionable pick for this year’s Calder Trophy for the NHL’s rookie of the year.