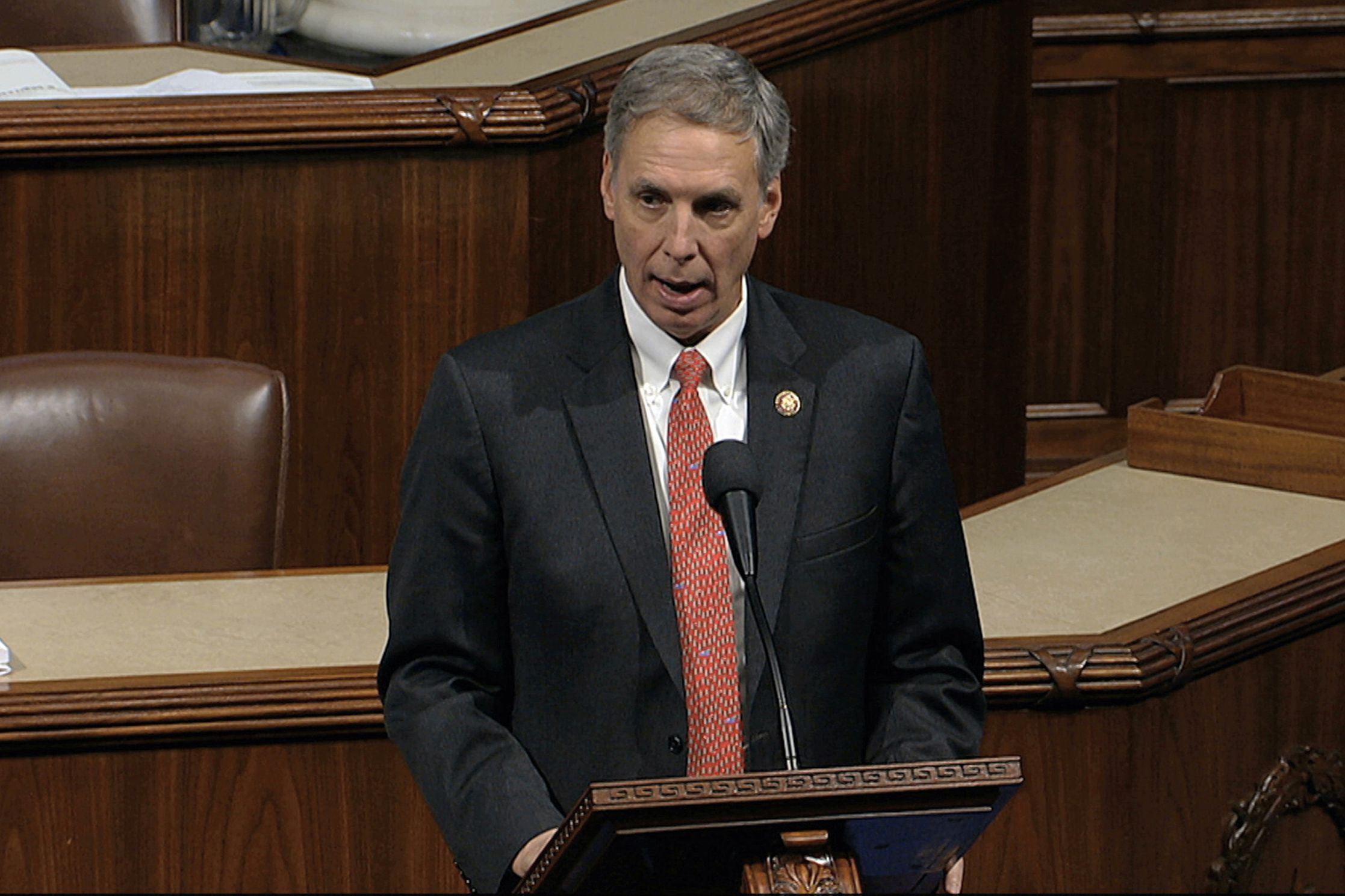 U.S. Rep. Tom Rice, who hid in an office as rioters overran the U.S. Capitol last week, acknowledged Thursday that his vote to impeach President Donald Trump could cost him reelection as a conservative Republican but said Trump’s failure to calm the mob left him no other choice.

Rice represents a South Carolina district fiercely loyal to Trump, yet on Wednesday night, the congressman became one of just 10 Republicans to join Democrats in voting to impeach the president, in a stunning reversal from his position days earlier.

The rare Republican votes to make Trump only the first president ever impeached twice drew angry outbursts and calls to state Republicans that made clear that splitting from Trump could come at a heavy political price.

Interviewed by The Associated Press, Rice said he ultimately came to the conclusion that what he characterized as Trump’s inaction during last week’s riot at the U.S. Capitol gave him only one clear path forward: impeachment.

Huddling in another congressman’s office as the Trump loyalists stormed the Capitol, Rice said he watched television coverage and, surmising the president was seeing the same violent images, wondered why Trump hadn’t addressed the nation to urge calm and plead with his supporters to stop.

“For him to sit there and watch TV, and watch these policemen being beaten up, and the Capitol being stormed, and not to be very aggressive about … getting out there and trying to speak to these people himself, is just beyond my imagination.”

Just hours earlier that day, Trump had called, at a rally in Washington, for the same supporters to “flight like hell” against certification of Democrat Joe Biden’s presidential victory.

On Wednesday, Rice joined with Democrats to support impeachment, which passed the U.S. House.

Some initially thought the vote by the once-steadfast Trump supporter may have been a mistake, a misfire to be corrected while voting remained open.

But, Rice said, his vote to impeach was very intentional.

Among the lesser-known members of South Carolina’s delegation, Rice had long been a reliable backer of the president, campaigning with him and, according to FiveThirtyEight, voting 94% of the time in favor of Trump-backed legislation — the highest percentage among South Carolina’s current delegation.

In his only primary since first being elected in 2012, Rice won with 84% of the vote. He’s been reelected each time with at least 56% of votes cast.

Some say Rice’s decision Wednesday may come back to haunt him against a field of primary challengers in 2022, when he plans to seek a sixth term. Rice represents South Carolina’s 7th District, an area including Myrtle Beach that has voted heavily for …read more