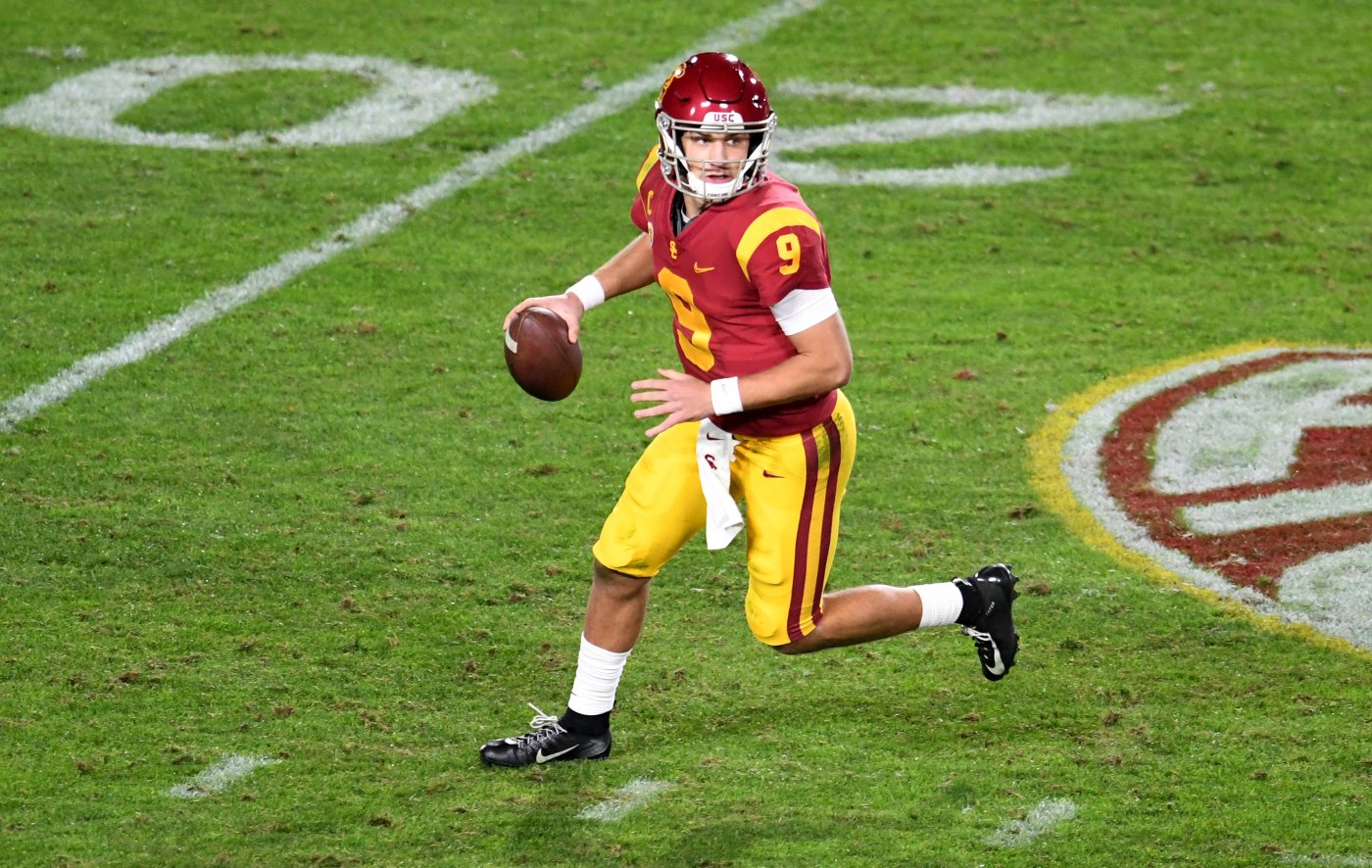 The top tier of candidates is stocked with quarterbacks from the Pac-12 footprint but playing for powerhouse programs elsewhere:

Oklahoma’s Spencer Rattler, who’s from Phoenix, is the favorite, followed by Alabama’s Bryce Young, Clemson’s DJ Uiagalelei and Georgia’s JT Daniels, who are from Southern California.

Granted, it’s early, ridiculously early. Odds will change; frontrunners will fade; contenders will emerge; and 11 months from now, the votes will be cast.

One of the most famous individual awards in sports isn’t won on the field, at least not entirely.

The preseason hype, media ecosystem and makeup of the Heisman electorate are crucial to the process.

All three components are stacked against the Pac-12.

In the half century since Stanford quarterback Jim Plunkett won the award — he beat out Notre Dame’s Joe Theismann and Mississippi’s Archie Manning — the conference has produced six winners.

Five played for USC, whose national brand lends immunity to the forces working against other candidates from the west coast.

The sixth winner was Oregon quarterback Marcus Mariota, whose 2014 success carries lessons for past, present and future Pac-12 contenders.

Mariota began his winning campaign as one of the frontrunners:

The Crash Bandicoot creator who now runs Facebook's gaming operation reflects on a tough 2020: 'It's hard to say there have been many upsides.'

That preseason position gave Mariota vital name recognition with voters across the country.

And the Heisman voters — a combination of 850 (approximately) media members, plus former winners — are almost entirely across the country.

The electorate is split equally into six regions, but five of the six are in the Eastern and Central time zones.

It doesn’t make much sense geographically. The Dakotas are in the Far West region, while Nebraska and Colorado are in the Southwest.

In other words — and like the distribution of major college teams — the Heisman electorate tilts away from the west coast.

USC candidates have a natural propulsion system, thanks to the program’s seven national championships, seven former winners, 80 All-Americans and 800-something wins.

Slovis need not worry about his current position: If he plays well, the uniform will take care of the rest.

But history suggests the path to Heisman glory is unattainable for Pac-12 players attempting to come from off the pace.

USC men’s basketball is searching for its 3-point touch

Mick Cronin says UCLA’s shooters have yet to get hot