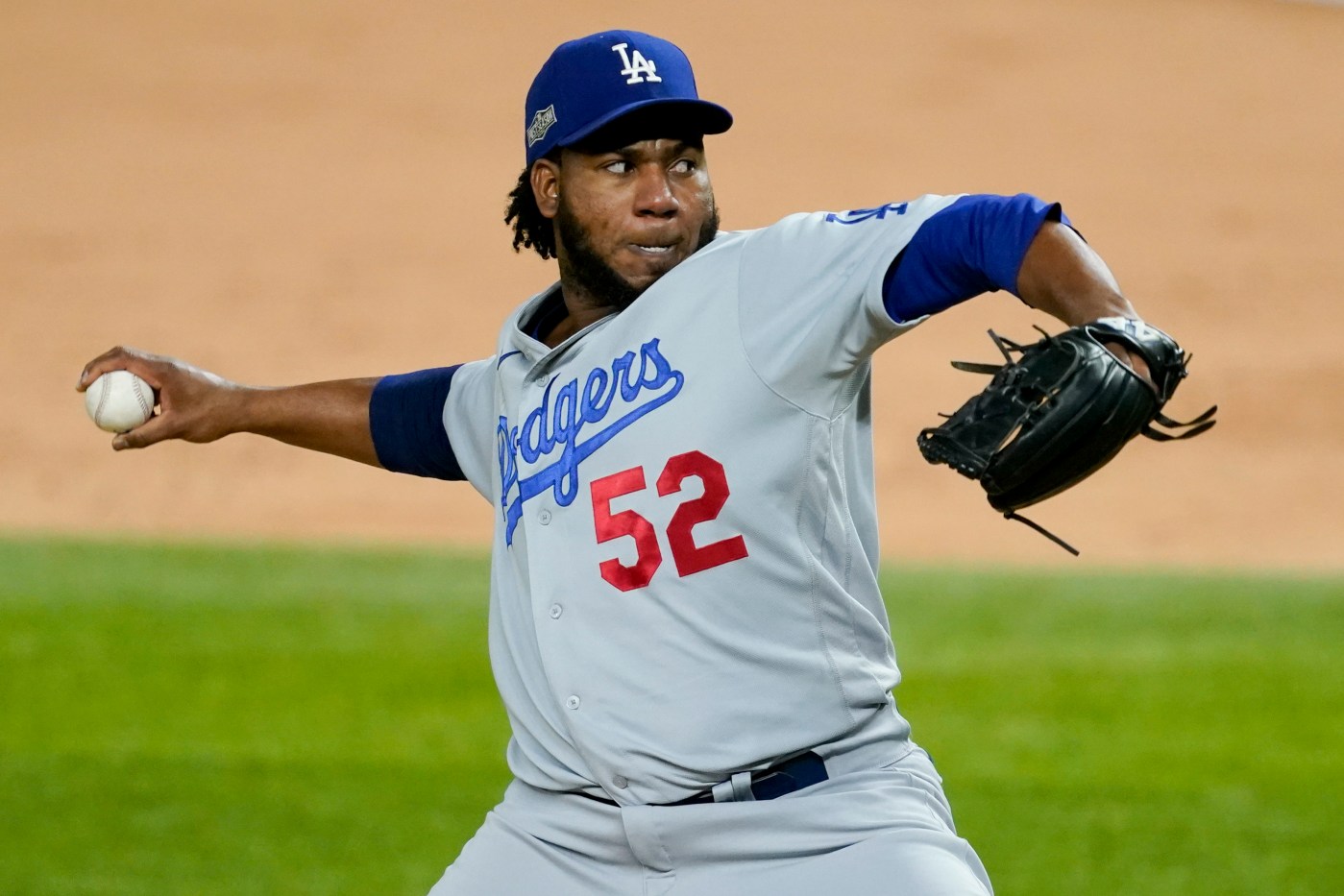 So far, the Dodgers have spent the offseason reinforcing their bullpen with a series of acquisitions. One stalwart member of that bullpen, however, won’t be back.

Free agent right-hander Pedro Baez has agreed to a two-year contract with the Houston Astros. Financial details were unavailable and the deal is pending a physical. Baez made a $4 million salary in 2020 (prorated for the shortened season) after winning his arbitration case against the Dodgers.

Originally a third baseman who converted to pitching after six seasons in the minors, Baez made his big-league debut with the Dodgers in 2014. Since then, only Kenley Jansen made more appearances out of the Dodgers’ bullpen or pitched more innings in relief for them than Baez. In franchise history, only Jansen and Clayton Kershaw have made more postseason appearances for the Dodgers than Baez (31).

Though he was often the object of fan discontent for failures in high-leverage situations, Baez finishes his Dodgers career with a 3.03 ERA, 1.10 WHIP and 369 strikeouts in 356 innings.

Treinen and Nelson are part of the Dodgers’ efforts to stock the 2021 bullpen. They have also acquired Corey Knebel in a trade with the Milwaukee Brewers and signed Tommy Kahnle and James Pazos.