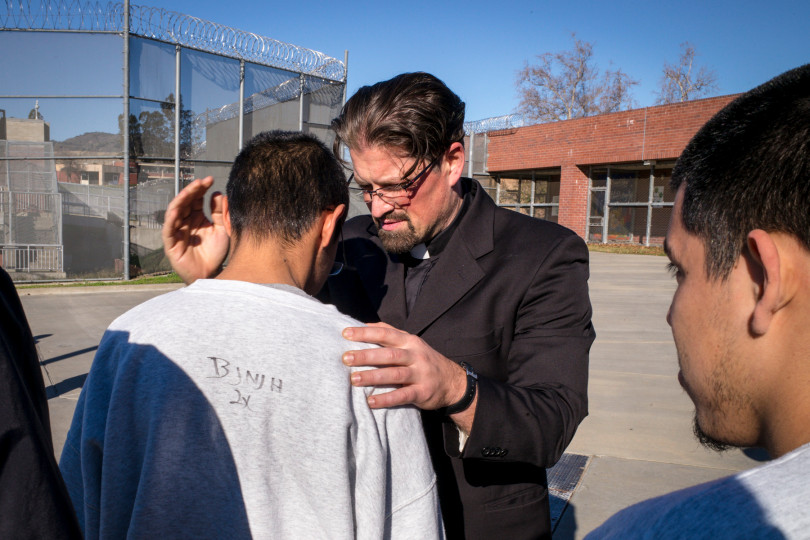 On Wednesday, Jan. 13, state prosecutors and the L.A. County Board of Supervisors together announced they were settling the abuse claims after the results of the Attorney General’s Office investigation were released. The settlement means the county is required to make changes to improve safety at two juvenile halls in Sylmar and downtown L.A., and six youth camps around the county over four years. The county will appoint an independent monitor to track whether those changes are being implemented.

According to a complaint filed Wednesday in Los Angeles Superior Court, the investigators found L.A. County staff at juvenile halls “endangered youth safety and provided insufficient protection from harm” for the hundreds of juveniles they oversee.

“One witness familiar with conditions in the Juvenile Halls stated that some supervisors were telling unit staff to ‘spray first and ask questions later,’” the investigators wrote in the complaint.

The reports of abusive behavior are not new. Neither are the stories of a system plagued by violence and chaos.

In March 2017, three probation staff members and a supervisor were charged with assault for the 2016 beating of a child who was left with bruises, black eyes, scratches and a sprained ankle.

In April 2019, another six probation staff at the now closed Los Padrinos Juvenile Hall in Downey were were charged over allegations of unreasonable uses of pepper spray during a two-month period in 2017.

The A.G.’s office based some of its report off an L.A. County Office of Inspector General report released in 2019 that showed how much pepper spray, or OC spray, was increasing in juvenile halls.

The county report said one youth was sprayed five times in one day. The same youth had asthma, and was denied an inhaler even after he was sprayed.

Staff also used pepper spray on youth who were experiencing mental health issues, or who had developmental disabilities or were on medication that altered their mental state, the county Inspector General found.

L.A. County Supervisor Hilda Solis and other supervisors created the Inspector General’s office to investigate such claims of abuse with the juvenile hall system. In a call with reporters Wednesday, she praised the settlement and vowed to follow through on the mandated reforms.

Solis said some of the changes the board has already made include replacing the county’s probation chief. They also voted to phase out pepper spray inside juvenile halls entirely.

The Positives and Negatives of COVID-19’s Impact on Healthcare