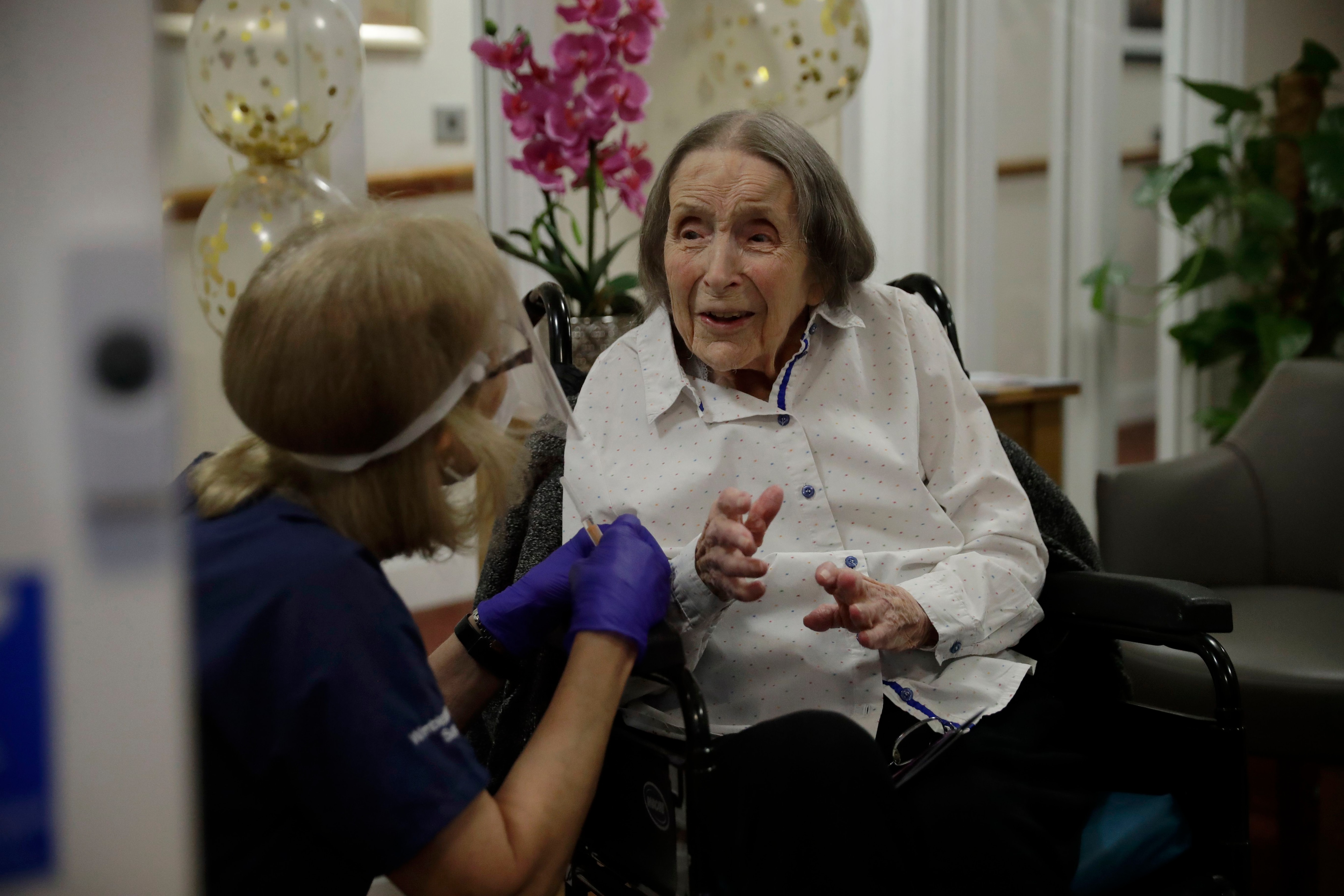 In 1948, John Peake won a silver medal at the Olympic Games in London. In 2021, also in London, he struck what many would consider gold, receiving his first dose of a coronavirus vaccine.

Amid growing concerns over rising COVID outbreaks at nursing homes in Britain, the 96-year-old was one of the 45 residents at Wimbledon Beaumont Care Community in southwest London to receive the vaccine Wednesday developed by the University of Oxford and British pharmaceutical company AstraZeneca.

“I’m glad to have it and I appreciate the fact that it has come to this place early,” he told The Associated Press after receiving his jab.

Peake was the youngest member of the 1948 British field hockey team that lost 4-0 to India in the final at Wembley Stadium in the first Olympics after World War II.

“I think I’m lucky to have lasted as long as I have,” he said.

Yet Peake, who is one of the oldest surviving Olympians, was not even the oldest to get the shot at the nursing home. That honor went to 102-year-old Joan Potts, who though in a wheelchair and clearly fragile, still had eyes that expressed wonder in the world.

Britain in many ways is leading the vaccination drive around the world. It was the first country to approve and use the vaccine designed by U.S. pharmaceutical company Pfizer and Germany’s BioNTech. It was the first to approve the Oxford-AstraZeneca vaccine. It has also approved a third, by Moderna, but that is not expected to arrive until the spring.

Already, around 2.5 million people in Britain have received their first jabs. To get vaccine shots to as many people as quickly as possible, Britain is taking a different path than other nations. Instead of giving people their second vaccine shot within three or four weeks, they will get it within 12 weeks.

Dr. Jane Allen, who has looked after Wimbledon residents for around four decades, was on hand to deliver the jabs.

“I’m certainly glad it’s arrived at last, because perhaps it gives the residents a bit more freedom, they’ve had a very difficult year,” said Allen, who along with her partners were in a rush to vaccinate the nearly 200 nursing home residents over a single day.

Two paramedics arrived with a shiny red bag containing the treasured vaccine doses. Allen visored up and, assisted by nurse Fernando Castillo, ran through the necessary questions: Are you feeling well? What about any allergies? Do you want to take this vaccine against the coronavirus?

As they waited to get their shots, the residents offered glimpses into their personalities and pasts, displaying empathy, humor and resilience.

For some it was a big relief, including gregarious 86-year-old Gwen …read more