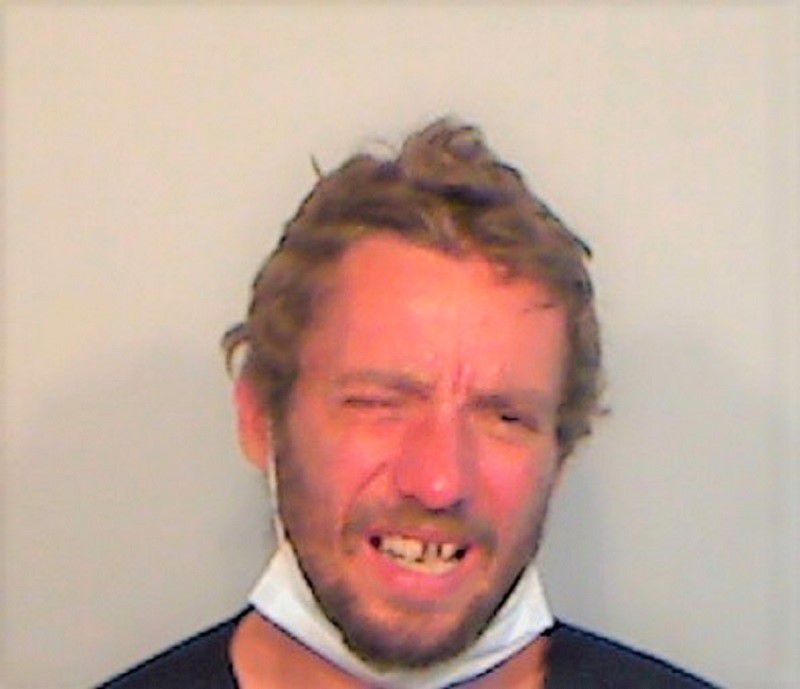 A man from Milwaukee, who told Monroe County Sheriff’s Office that his name was Jesus Christ, is behind bars after deputies said that he tried to break a glass door of a gas station with a brick, causing $1,000 worth of damage.

A sheriff’s deputy responded to a Chevron gas station at approximately 4:15 a.m. after a 911 caller said that he heard loud banging coming from the gas station.

The witness said he was at the gate of the Sunshine Key RV Resort & Marina when he heard the sound and when he went to look, he saw the suspect striking the glass front door with a brick. The man told deputies that the suspect left when he realized someone was watching him.

About an hour later, investigators saw a man matching the description, which the witness provided to deputies, walking on U.S. 1 near the entrance to Bahia Honda State Park at approximately 5:20 a.m.

When he was stopped, Waychoft told the detective his name was David, then said it was David Christ, then Jesus Christ.

When deputies went to the gas station, they said they found the door heavily damaged, but still intact. The gas station manager, assessed that the door would cost about $1,000 to repair, and provided security footage. Deputies said the footage corroborated the witnesses’ version of events as well as his description of the suspect.

Waychoft was taken to jail, where his real identity was discovered.