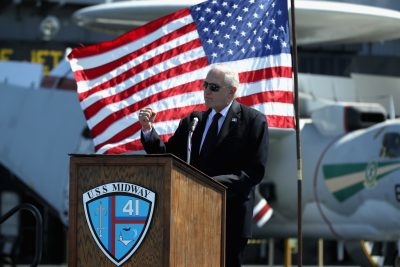 The U.S. Olympic and Paralympic ethics chief will hold discussions this week with leaders of a group of former Olympians and USA Water Polo board members demanding the removal of Chris Ramsey, USA Water Polo’s longtime CEO, and Michael Graff, the organization’s board chairman.

The talks between Holly Shick, the USOPC chief of ethics and compliance, and the former Olympians and board members come as the calls for Ramsey, Graff and other board members ousters gain momentum.

Officials for the USA Water Polo’s Midwest and Coast California zones have also requested meetings with leaders behind an online petition titled “USA Water Polo Leadership Accountability; Call for CEO and Board President to Resign.”

The petition, outlining what its authors described as as “the alarming history” and “pattern of behavior by the leadership of USAWP,” has attracted more than 800 signatures including at least 12 former Olympians as well several ex-USA Water Polo board members and Olympic and national team coaches since it was posted last week.

“As members of USAWP, we have no confidence in the judgment and leadership of Mike Graff and Chris Ramsey, and we ask the Board to immediately and permanently remove both from any and all positions or roles within USAWP,” the group said in the petition. “This has been a long time coming. We keep hearing from people ‘thank you, thank you, thank you for stepping up.’”

Ramsey has been CEO of the Irvine-based national governing body since 2006. He received $478,251 in compensation in 2019, the most recent year where financial records are available.

While the petition is focused on Ramsey and Graff, the reaction to it has also exposed unhappiness with the board as a whole, former Olympians and USA Water Polo officials said.

“There’s been a complete disconnect between Ramsey and the board, and the members,” Kachmarik said. “(USA Water Polo members) don’t just want Ramsey, Graff (and USA Water Polo board member) Bill Smith gone, they want everyone gone. Everyone is saying ‘the whole board has to go, you have to clean house.’

A Chicago-area female referee alleged to USA Water Polo officials that she had been repeatedly sexually harassed by Perry Korbakis, the chairman of referees for USA Water Polo’s Midwest’s region.

Korbakis resigned his position under pressure from USA Water Polo officials, but was allowed to continue to be involved in the organization. The female referee disputed assertions by USA Water Polo that officials for the organization detailed to her the process that could have resulted in Korbakis’ suspension or permanent banishment from the sport.

A second female referee also alleged to USA Water Polo in 2009 that Korbakis had sexually harassed her as well.

Korbakis did not respond to multiple requests for comment.

While there has been growing dissatisfaction and frustration with Ramsey and Graff within the sport in recent years, a push for …read more