Trump on verge of 2nd impeachment after Capitol siege 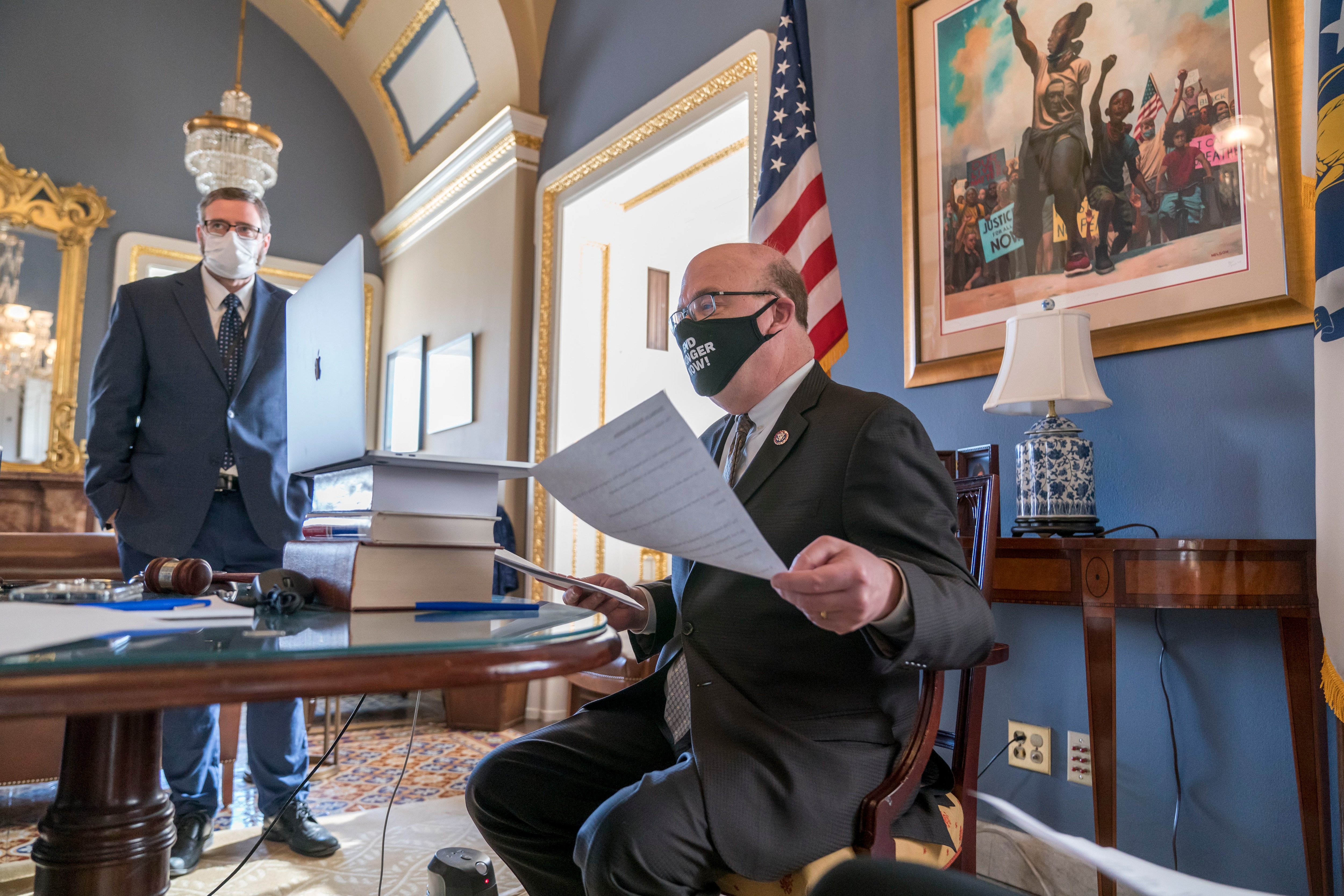 President Donald Trump is on the verge of being impeached for a second time, the House planning the unprecedented vote one week after he encouraged a mob of loyalists to “fight like hell” against election results and the U.S. Capitol became the target of a deadly siege.

While the first impeachment of Trump last year brought no Republican votes in the House, a small but significant number of leaders and other lawmakers are breaking with the party to join Democrats on Wednesday, unwilling to put American decency and democracy at further risk, even with days remaining in the president’s term.

The stunning collapse of Trump’s final days in office, against alarming warnings of more violence ahead by his followers, leaves the nation at an uneasy and unfamiliar juncture before Democrat Joe Biden is inaugurated Jan. 20.

“If inviting a mob to insurrection against your own government is not an impeachable event, then what is?” said Rep. Jamie Raskin, D-Md., a drafter of the articles of impeachment.

Trump, who would become the only U.S. president twice impeached, faces a single charge of “incitement of insurrection.”

The four-page impeachment resolution relies on Trump’s own incendiary rhetoric and the falsehoods he spread about Biden’s election victory, including at a White House rally on the day of the Jan. 6 attack on the Capitol, in building its case for high crimes and misdemeanors as demanded in the Constitution.

Confronting his potential place in history, Trump warned lawmakers off it, suggesting it was the drive to oust him rather than his actions around the bloody riot that was dividing the country.

A Capitol police officer died from injuries suffered in the riot, and police shot and killed a woman during the siege. Three other people died in what authorities said were medical emergencies. Lawmakers had to scramble for safety and hide as rioters took control of the Capitol and delayed by hours the last step in finalizing Biden’s victory.

The outgoing president offered no condolences for those dead or injured, only saying, “I want no violence.”

At least five Republican lawmakers, including third-ranking House GOP leader Liz Cheney of Wyoming, were unswayed by the president’s logic. The Republicans announced they would vote to impeach Trump, cleaving the Republican leadership, and the party itself.

Unlike a year ago, Trump faces impeachment as a weakened leader, having lost his own reelection as well as the Senate Republican majority.

Senate Republican leader Mitch McConnell of Kentucky is said to be angry at Trump, and it’s unclear how an impeachment trial would play out. In …read more