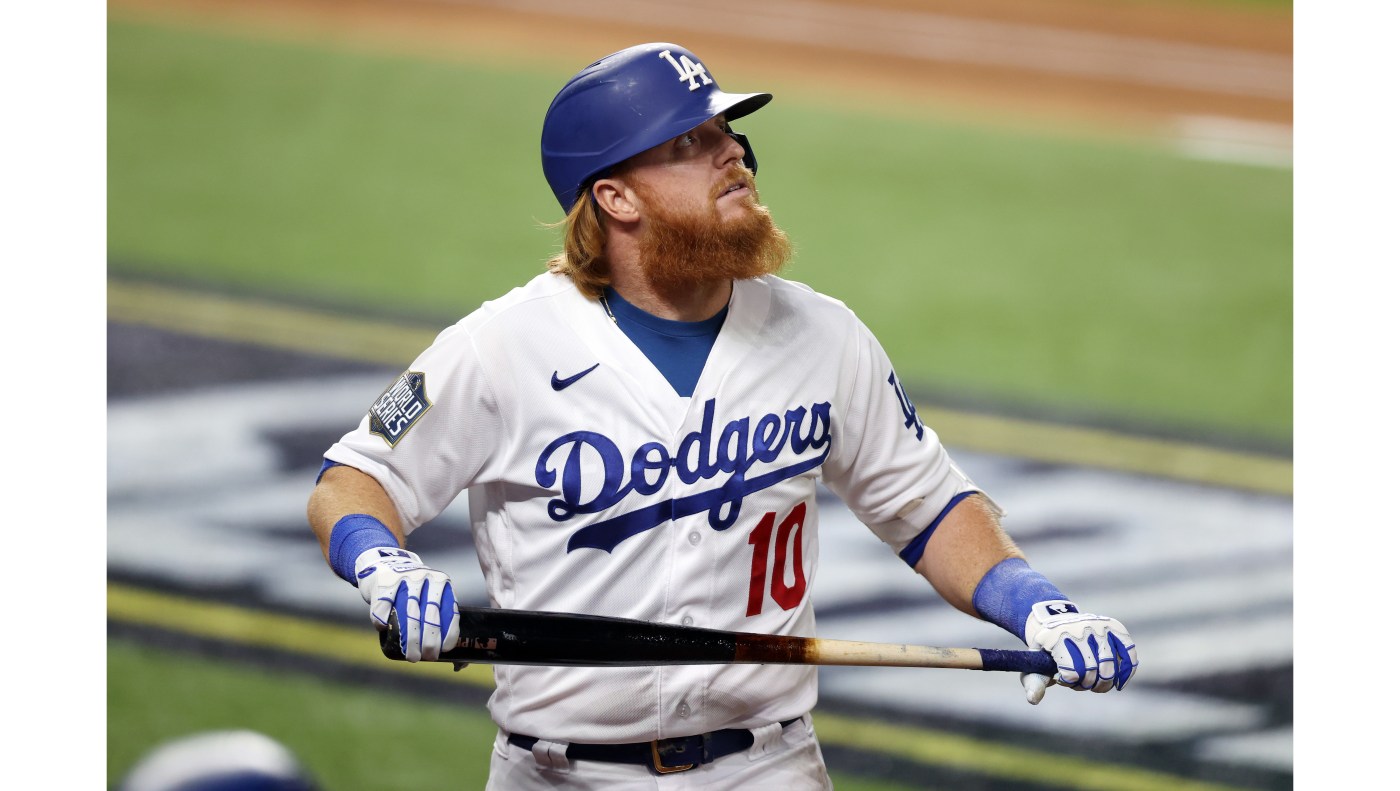 Editor’s note: This is the Wednesday, Jan. 13 edition of the Inside the Dodgers newsletter from reporter J.P. Hoornstra. To receive the newsletter in your inbox, sign up here.

Free agent third baseman Justin Turner is reported to be seeking a four-year contract. He’ll play the next four seasons at 36, 37, 38 and 39 years old. That’s a story because, well, care to guess how many 39-year-olds took even one at-bat in a Major League Baseball game in 2020? (Hint: take the under. Click here for the answer.)

Therein lies the hesitation on the part of every major league executive talking to Turner’s agent. Hesitation seems to be the default reaction to every free agent this winter – no matter the player or the asking price, there is hesitation. The few general managers aggressively adding to their player payroll are primarily doing so via trades. The biggest acquisitions this winter have seen the Padres absorb the existing contracts of starting pitchers Yu Darvish and Blake Snell and the Mets swing a trade for shortstop Francisco Lindor and starting pitcher Carlos Carrasco. The largest contract given to a free agent is the $54 million the White Sox gave to closer Liam Hendriks.

Justin Turner wants more than that. He should get more than that. Hendriks has only been an elite relief pitcher the last two seasons; Turner has basically been the same hitter since he became a Dodger in 2013. Of course, past performance is not indicative of future success, so the more relevant question is not who Turner has been, but who he will be over the next four years.

Here’s something I once wrote in this space regarding Turner: “Turner didn’t merely shoot above replacement level at age 29; he became Chipper Jones with less power and a better glove.” That was last August. It’s just as true now, following another solid regular season and superlative October. If you’re the Dodgers (scouts, analysts, front-office folks), you must determine whether Turner’s age 36-39 seasons can be as fruitful as Jones’ age 36-39 seasons. Has he shown any of the regression you would expect from a 35-year-old?

For the purpose of this newsletter, I’m going to set aside the discussion around Turner’s defensive ability. That’s not a minor concern in a National League without a designated hitter, but it isn’t the primary concern either. Turner will be paid because he can hit. I want to know if Turner can continue to defy the typical aging curve for a batter.

To get started, we need a baseline idea of the modern hitter’s aging curve. What’s the peak age for hitting a …read more