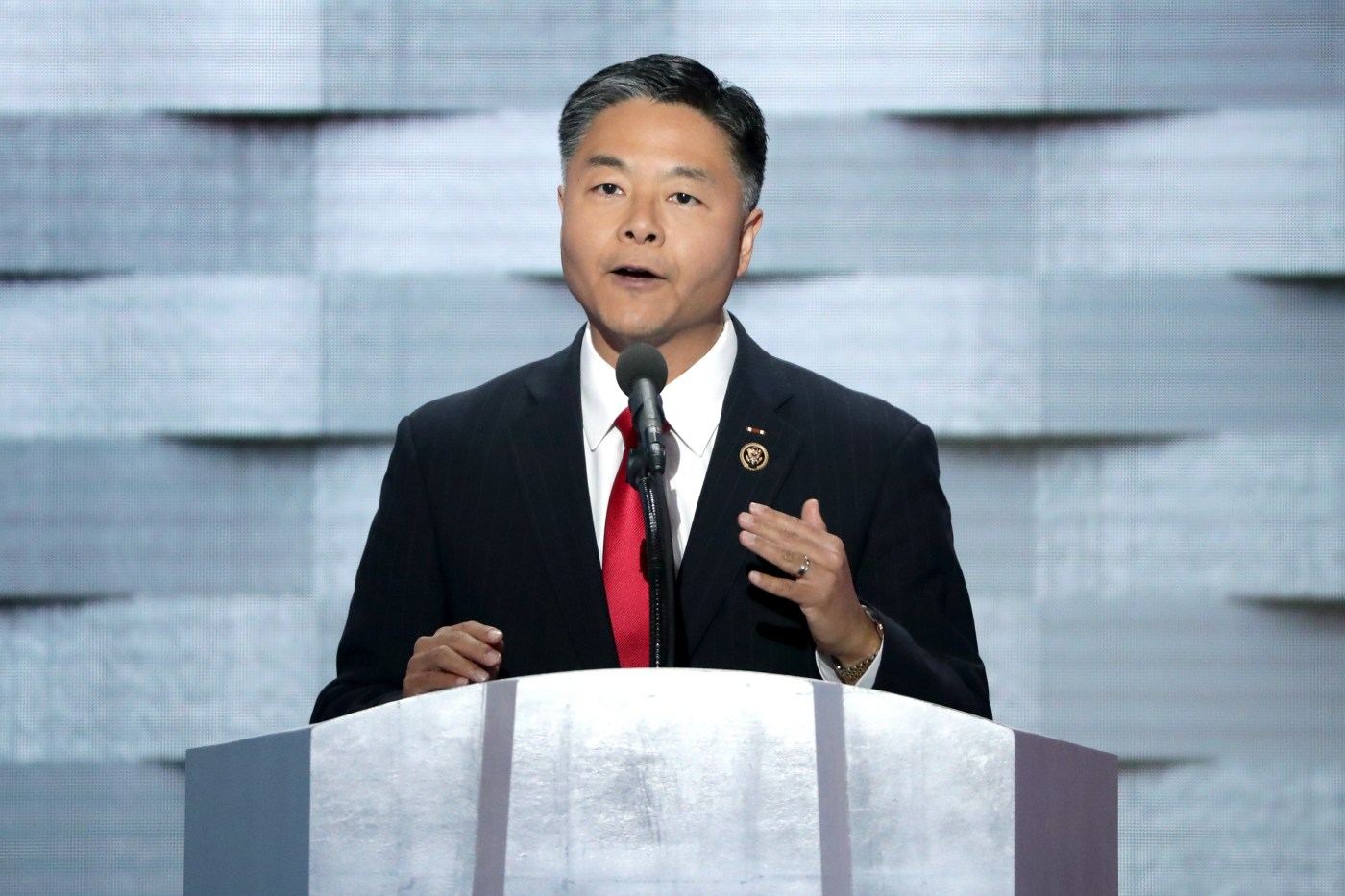 The effort, which began in the House of Representatives Wednesday morning, launched hours of debate, with each party’s representatives alternating with impassioned arguments for and against. If successful, the effort would make Trump the first U.S. president to be impeached twice.

Lieu was among three representatives —  joined by David N. Cicilline, D-Rhode Island, and Jamie Raskin, D-Maryland — who introduced the article of impeachment on Monday. Lieu’s role was announced by Pelosi late Tuesday.

The impeachment article itself is straightforward. It alleges that Trump violated the Constitution by breaching its Article II, which requires the president of the United States to “take care that the laws be faithfully executed.” By inciting rebellion, denying and inhibiting a lawful election and its congressional certification, representatives say Trump committed high crimes and misdemeanors.

“I am honored that Speaker Pelosi selected me to be an Impeachment Manager, a role where I will help argue the House’s case to convict President Trump before the U.S. Senate,” Lieu said in a statement. “Impeachment is Congress’s most solemn responsibility, and this is a position I do not take lightly. I served on Active Duty in the U.S. Military to defend the Constitution, and I intend on doing the same before the Senate.”

Democracy vs. unity? Local House members differ on why they support, or oppose, impeaching Trump
As dust settles on chaos in D.C., accounting begins in Southern California
Trump’s Republican wall eroding ahead of impeachment vote
President Trump on verge of second impeachment after Capitol siege

Rep. Marjorie Taylor Greene was suspended by Twitter for 12 hours not long after she told Trump supporters to 'mobilize' in a deleted tweet

Lieu’s post comes about a year after another local congressman, Rep. Adam Schiff, D-Burbank, was among managers leading the first effort to impeach Trump in December, 2019 and acted as lead manager during the president’s Senate trial in January, 2020.

The House adopted articles of impeachment against the president, for alleging abuse of power and obstruction of Congress. The Senate acquitted Trump on Feb. 5, 2020.

Donald Trump can help prevent further violence by saying one thing: the election was not stolen.

If @POTUS simply told the truth that Biden legitimately won the election, he can calm down the violent part of his base. Trump refuses to do so. He remains a clear & present danger. https://t.co/LOaKqujyC1

While Schiff is not a manager in the second effort, he was among local representatives who spoke in an epic debate that began  Wednesday morning — a day after Vice President Mike Pence declined to initiate an effort to remove Trump through the 25th Amendment.

“America has been through a civil war, world wars, a great depression, pandemics, McCarthyism, and now a Trumpist and white nationalist insurrection,” Schiff said. “And yet our democracy endures. It endures, because at every key juncture, every pivotal moment, when evil threatened to overtake good, patriotic Americans stepped forward to say ‘enough.’ This is one …read more

Studies look at causes of high blood pressure while sleeping

The world is ‘on the brink of a catastrophic moral failure’ by failing to get vaccines to poorer countries, the WHO warns

Thomas Markle is making a ‘documentary’ about ‘what happened to’ Meghan