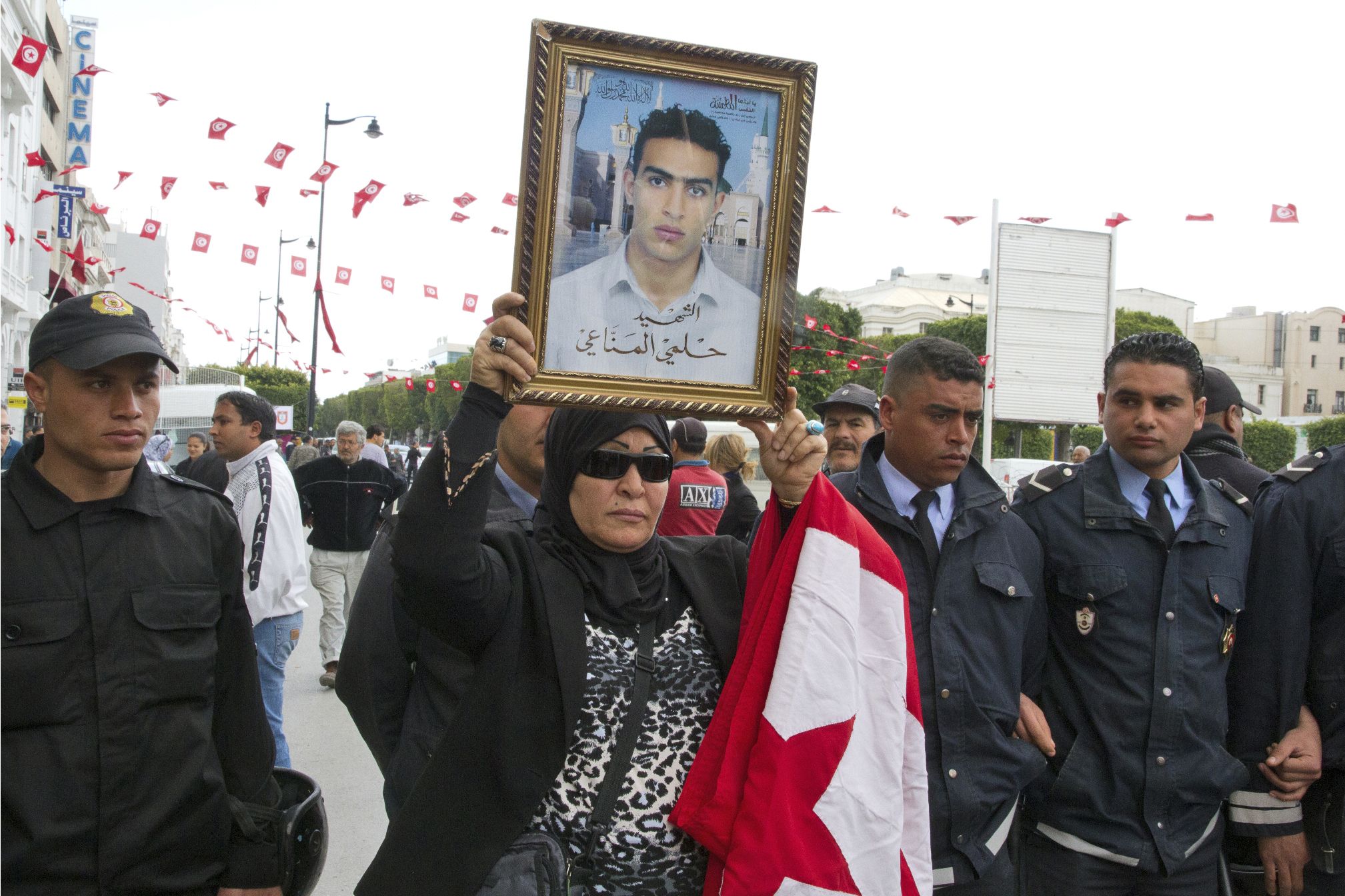 Flanked by columns of private security, Tunisian lawmaker Abir Moussi recently swept onto a stage to address an adoring crowd at a rally filled with symbols evoking the North African country’s past.

Since winning a parliamentary seat in 2019, Moussi has become one of the country’s most popular — and most controversial — politicians, riding a wave of nostalgia for a more stable and prosperous time, just as Tunisia marks 10 years since protesters overthrew autocratic former President Zine El Abidine Ben Ali.

Moussi, a lawyer and former official in Ben Ali’s ruling party, freely stokes that yearning and purports to offer a way back, telling the crowd in the coastal town of Monastir on a recent afternoon that “Tunisia is bleeding, that Tunisia is sick and wounded. Tunisia wants us to save her from this situation.”

Tunisian President Kais Saied, overwhelmingly elected in 2019, holds a strong anti-dictatorship stance. But some see Moussi and the backward-looking movement she espouses as a threat to Tunisia’s young democracy, and criticize her refusal to even acknowledge the flagrant repression under Ben Ali, who was toppled on Jan. 14, 2011, in a revolution that unleashed uprisings across the region known as the Arab Spring.

Ben Ali fled in disgrace to Saudi Arabia and died in 2019. A truth commission found tens of thousands of victims of torture, execution or corruption under him and his predecessor.

While countries in democratic transition often experience such nostalgia, Moussi has tapped into widespread frustration with the failure of Tunisia’s post-revolution democratically elected governments to tackle searing poverty.

Since 2011, Tunisia has been plagued by sinking wages, growing joblessness and worsening public services. Unemployment has risen amid the coronavirus pandemic from 15% to 18%. Attempts to migrate to Europe by sea have soared.

“It’s not nostalgia for a dictator — Tunisians still hate this fallen regime — it’s the nostalgia for the certainty that has been lost,” says Michaël Bechir Ayari, a senior analyst of Tunisia at the International Crisis Group.

“People want public services,” he said. “They feel that under Ben Ali it was easier because the paternalistic system was much more reliable than now.”

Moussi often denies the legitimacy of the Tunisian revolution, and says that Islamist movement Ennahda, the largest party in parliament, is a terrorist group that should be banned. She advocates returning to a strong presidency and security apparatus but is careful not to overly praise Ben Ali.

She finds a welcome ear in many quarters: Her Facebook lives of sit-ins that frequently disrupt parliament are watched and shared by thousands. Her Free Destourian Party, known by its French acronym PDL, took 17 seats in 2019, but two recent surveys suggest it could win the most votes if parliamentary elections were held today.

“Abir speaks the truth. She’s a lion. She’s the one that’s going to save Tunisia,” said Morad Jaaidi, a retired bank manager, who attended the Monastir rally.

“What happened is not a revolution, what happened was a coup d’état,” says Abir Jlassi, 27, who is studying …read more

Secret power broker Dee Poku-Spalding has a massive waiting list for her new company for women. It’s a network of angel investors and deal makers.