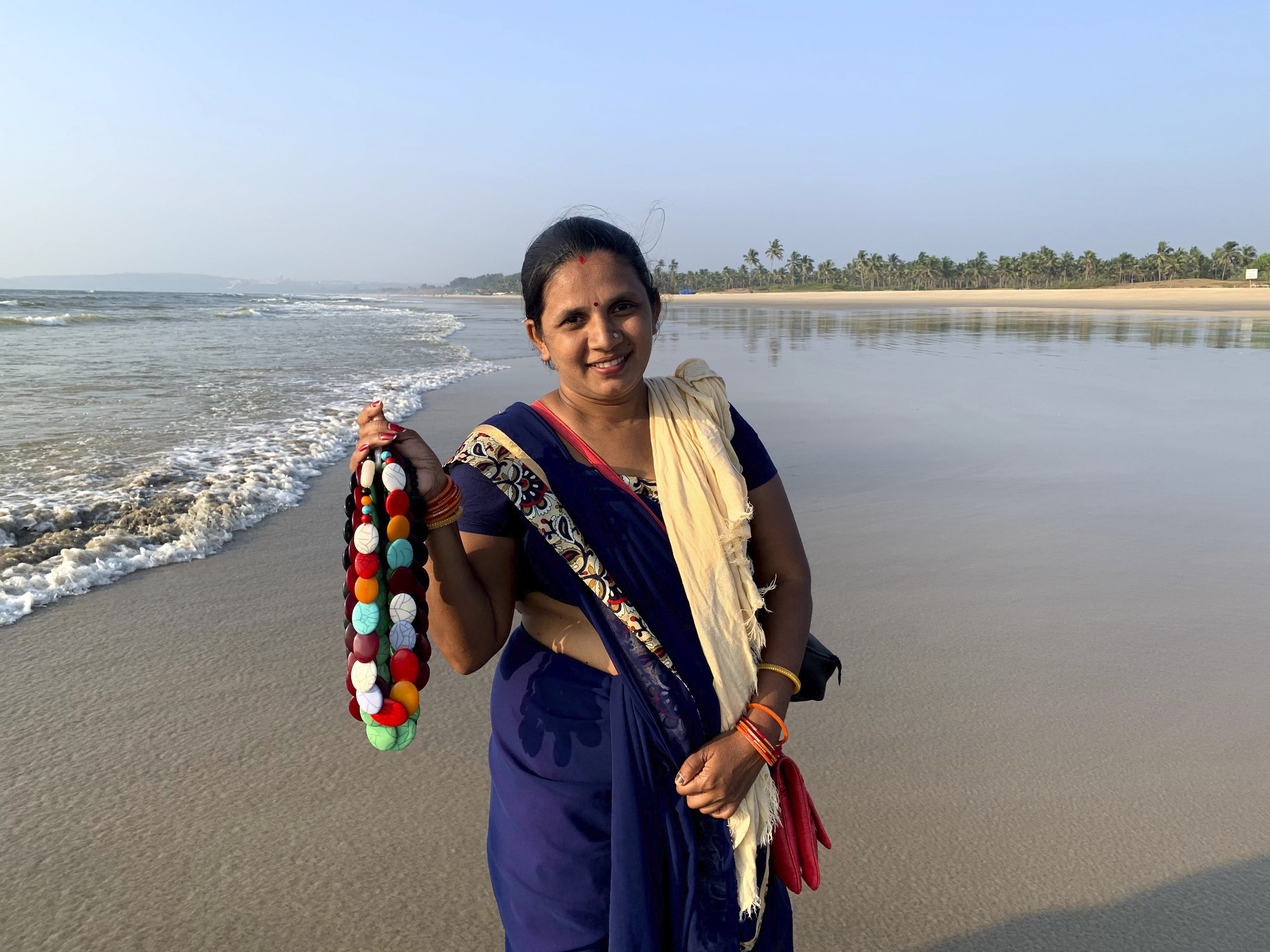 The sun’s golden rays fall on Goa’s smooth, sandy beaches every evening, magical as ever but strangely quiet and lonely. This holiday season, few visitors are enjoying the celebrated sunsets in the Indian party hotspot.

The unspoken fear of the coronavirus is sapping Goa’s vibrant beach shacks and noisy bars of their lifeblood.

A Portuguese colony until 1961, this western Indian state usually comes alive in December and January, its tourism-led economy booming with foreign travelers and chartered flights bringing in hordes of vacationers.

Over the past decade, Goa had been transforming from a seasonal mecca for both hippy backpackers and rich vacationers to a second home destination for India’s middle class. Construction was booming, raising worries over the impact on fragile environments. Apartments overlooking the sea, on river fronts or surrounded by forests have been in great demand.

The pandemic and the ensuing travel restrictions have changed everything, possibly forever.

Along the popular beaches in North Goa from Candolim to Calangute to Morjim, many landmark coffee shops, tattoo parlors and shack bars with sunbeds have shut permanently. Nightlife in popular party hubs has died.

Seema Rajgarh, 37, is a lonely figure on nearly deserted Utorda beach in South Goa, her blue sari set against the expanse of the Arabian sea as she hawks jewelry made of beads and stones. None of the handful of domestic tourists is interested in buying them.

On good days during the holiday season, the mother of three girls, the youngest not yet two years old, said she used to make 2,000 rupees ( $27).

Rajgahr’s husband, a cook, lost his job during the nation-wide lockdown imposed in March to contain the spread of the coronavirus infections. He remains unemployed.

School fees for the children are long overdue. Rent is three months behind.

“This virus has devastated our lives,” Rajgarh said.

In 2019, more than 8 million tourists visited Goa, including more than 930,000 foreign tourists. Some 800 chartered flights arrived from Russia, Ukraine, the UK and Japan among other countries, according to the state tourism department.

As of August, only 1.1 million had visited, including just over 280,000 foreign tourists.

An official report on the impact of COVID-19 on Goa released in December estimated a loss of nearly $1 billion for the tourism industry due to the lockdown in April-May. Potential job losses are expected to be the range of 35% to 58%. More than onein-three of Goa’s 1.6 million people work in tourism.

Goa has accounted for over 51,000 of India’s more than 10 million reported coronavirus cases, with 749 deaths. The lingering aftermath of the abrupt disruption in economic activity has tempted many business owners to call it quits.

Sitting at home last summer during the lockdown, designer Suman Bhat, whose luxury label “Lola by SumanB” with its flowing draped silhouettes is popular among Bollywood celebrities, struggled over whether to shut …read more