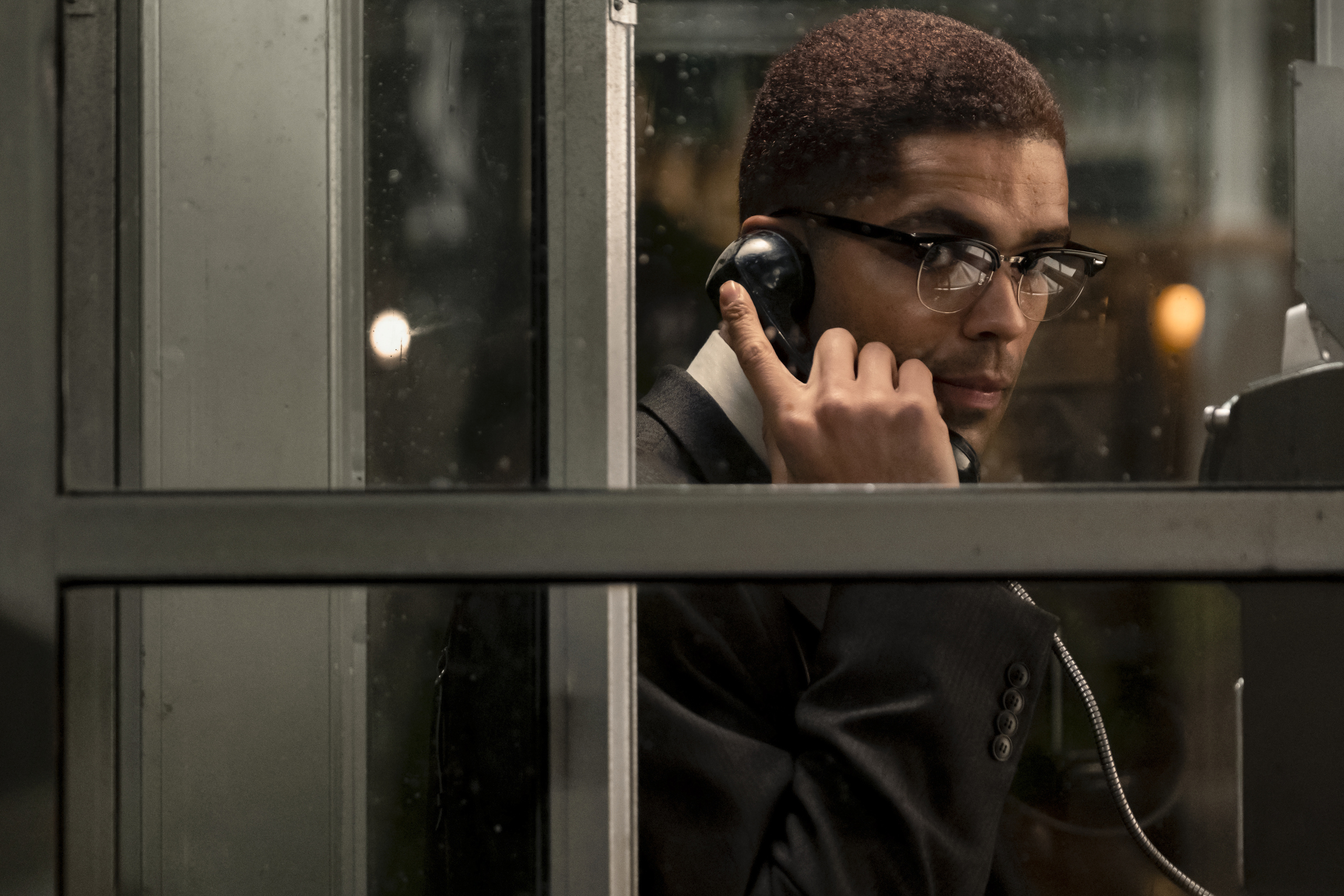 On February 25th, 1964, Cassius Clay beat Sonny Liston to become the heavyweight champion of the world. He spent the rest of the night with friends Malcolm X, NFL legend Jim Brown and soul singer Sam Cooke. Within weeks, Clay would become Muhammad Ali; he would also soon split with Malcolm X, who like Cooke would be dead within a year.

All that is pretty fertile ground for a story, and Kemp Powers (co-writer and co-director of Pixar’s “Soul”) imagined that fateful day first as a play and then as a screenplay. Coming to Amazon Prime on January 15, “One Night In Miami” marks Oscar-winning actor Regina King’s feature film directing debut (she has directed for television) and stars Eli Goree as Clay, Leslie Odom as Cooke (who spoke to us about the role in December), Aldis Hodge as Brown and Kingsley Ben-Adir as Malcolm X.

The foursome hadn’t previously known each other, and Ben-Adir was cast just two weeks before filming started so the camaraderie on the screen was developed on the fly.

“We didn’t have time to really get down as a group, we just had to find it on set in the process,” Hodge says. “We were figuring it out as we were going along.”

Hodge and Kingsley-Adir recently spoke, separately, by Zoom about their experiences on the movie. The conversations have been edited for length and clarity.

Q. What drew you to the movie?

Hodge: It was the entire script that sucked me in, the flow of the entire conversation. Every character had something poignant to say, and in their arguments and debates, everyone says something that is really relevant to what has been going on. I knew what it meant to me and what it could mean to everyone watching it.

Ben-Adir: It was the chance to work with Regina King and to play one of the most deeply rich and complicated men in recent history. Regina told me a lot of people didn’t want to audition, because of Denzel Washington and Spike Lee’s movie. But this opportunity to come at Malcolm in a whole different way is really exciting to me.

Q. What were Regina King’s strengths as a first-time film director?

Hodge: She has directed TV, and the nature of directing is constant: How do you communicate with your actors, manage your team, make everybody feel important and communicate your vision so everybody’s on the same page? She did all that flawlessly.

Ben-Adir: She created an atmosphere where we could really play and discover. There are emotionally charged moments …read more