EXPLAINER: Who’s been charged in the deadly Capitol siege? 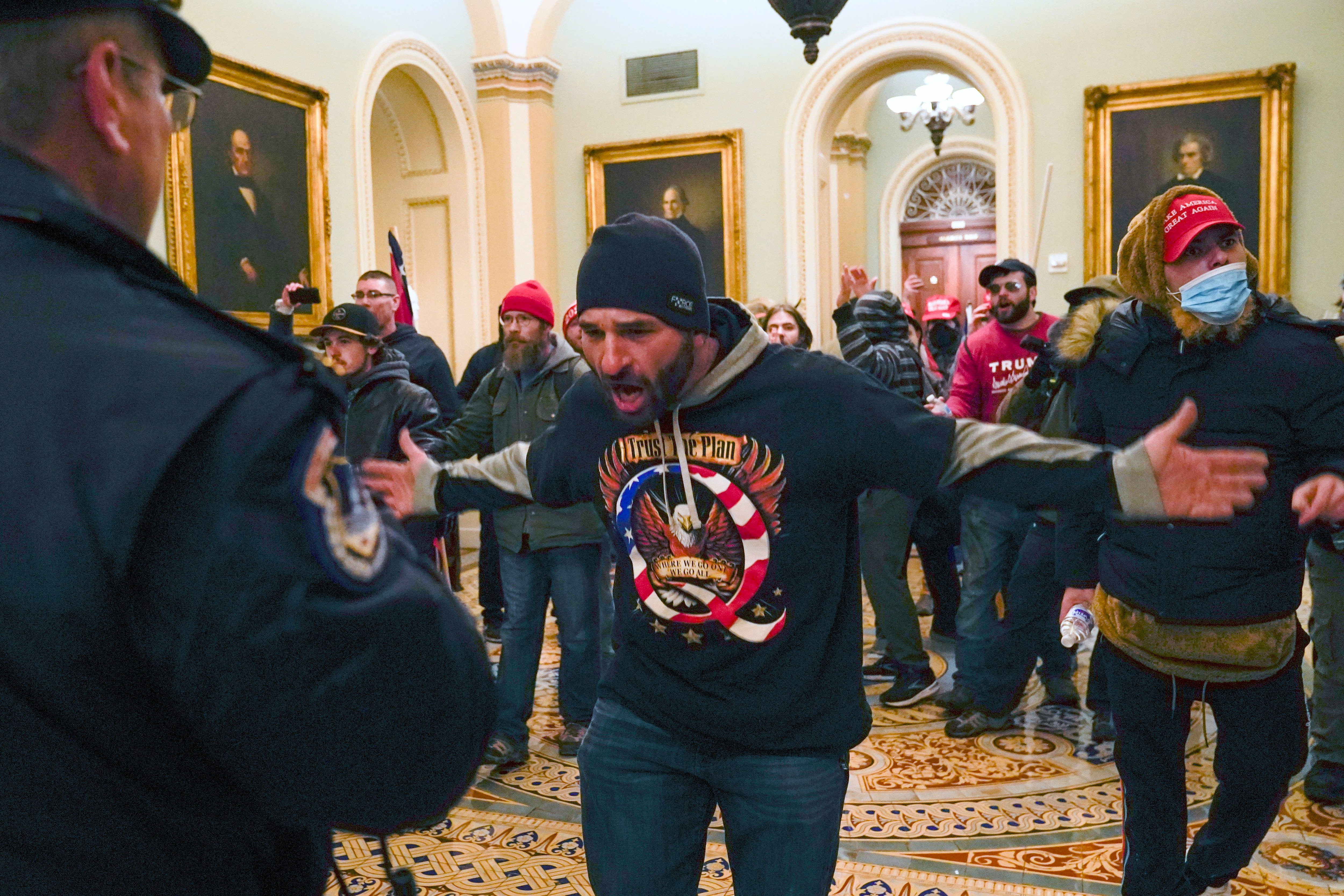 Prosecutors have brought dozens of cases after the deadly attack at the U.S. Capitol, and they promise more charges are to come as investigators work to identify members of the pro-Trump mob.

Investigators are combing through thousands of tips, photos, videos and social media accounts to collect evidence against the attackers who overran the Capitol to stop the certification of Democrat Joe Biden as the next president.

Officials predict hundreds of criminal cases will ultimately be filed and said they are considering sedition charges against some of the rioters.

Some questions and answers about the investigation into the Capitol breach:

HOW MANY PEOPLE HAVE BEEN CHARGED?

The top federal prosecutor for the District of Columbia said Tuesday that 70 people have been charged so far. About 20 federal cases have been made public, and 40 others have been filed in D.C. Superior Court.

The people charged in Superior Court are mainly accused of things like curfew violations and gun crimes. Those being tried in federal court, where prosecutors can generally secure longer sentences, are charged with offenses such as violent entry and disorderly conduct on Capitol grounds, assaulting a federal law enforcement officer and threatening House Speaker Nancy Pelosi.

On Tuesday, federal agents arrested the son of a New York City judge, who was seen inside the Capitol wearing a fur costume and a police vest authorities say he stole during the mayhem. Aaron Mostofsky faces charges including theft of government property.

Federal authorities on Sunday arrested two men who were photographed with plastic restraints inside the Capitol. Investigators said they used social media and livestream videos to identify Eric Munchel of Tennessee as the masked person seen in photos carrying plastic hand restraints in the Senate chamber.

Retired Air Force Lt. Col. Larry Rendall Brock Jr. of Texas was photographed on the Senate floor carrying zip-tie handcuffs and wearing a military-style helmet and vest, authorities said. He confirmed to The New Yorker that he was the man in the photographs and claimed he found the handcuffs on the floor. “I wish I had not picked those up,” he said.

WHY HAVEN’T MORE PEOPLE BEEN CHARGED?

The recent arrests are “just the tip of the iceberg,” said Steven D’Antuono, assistant director of the FBI’s Washington field office.

Authorities have opened about 170 investigations into people who potentially committed a crime, said Michael Sherwin, acting U.S. attorney for the District of Columbia. The number of charges will likely grow to into the hundreds, he said.

The vast amount of evidence and the number of people involved mean it will take months for investigators to sort through everything, Sherwin said. Federal agents are scouring more than 100,000 pieces of digital media they have received from the public, D’Antuono said.

Sherwin vowed that authorities are in it for the “long haul.”

“Even if you’ve left D.C., agents from our local field offices will be knocking on your door if we find out you were part of the criminal activity at the Capitol,” D’Antuono said.

U.S. attorneys across the country have also said people could face charges in …read more