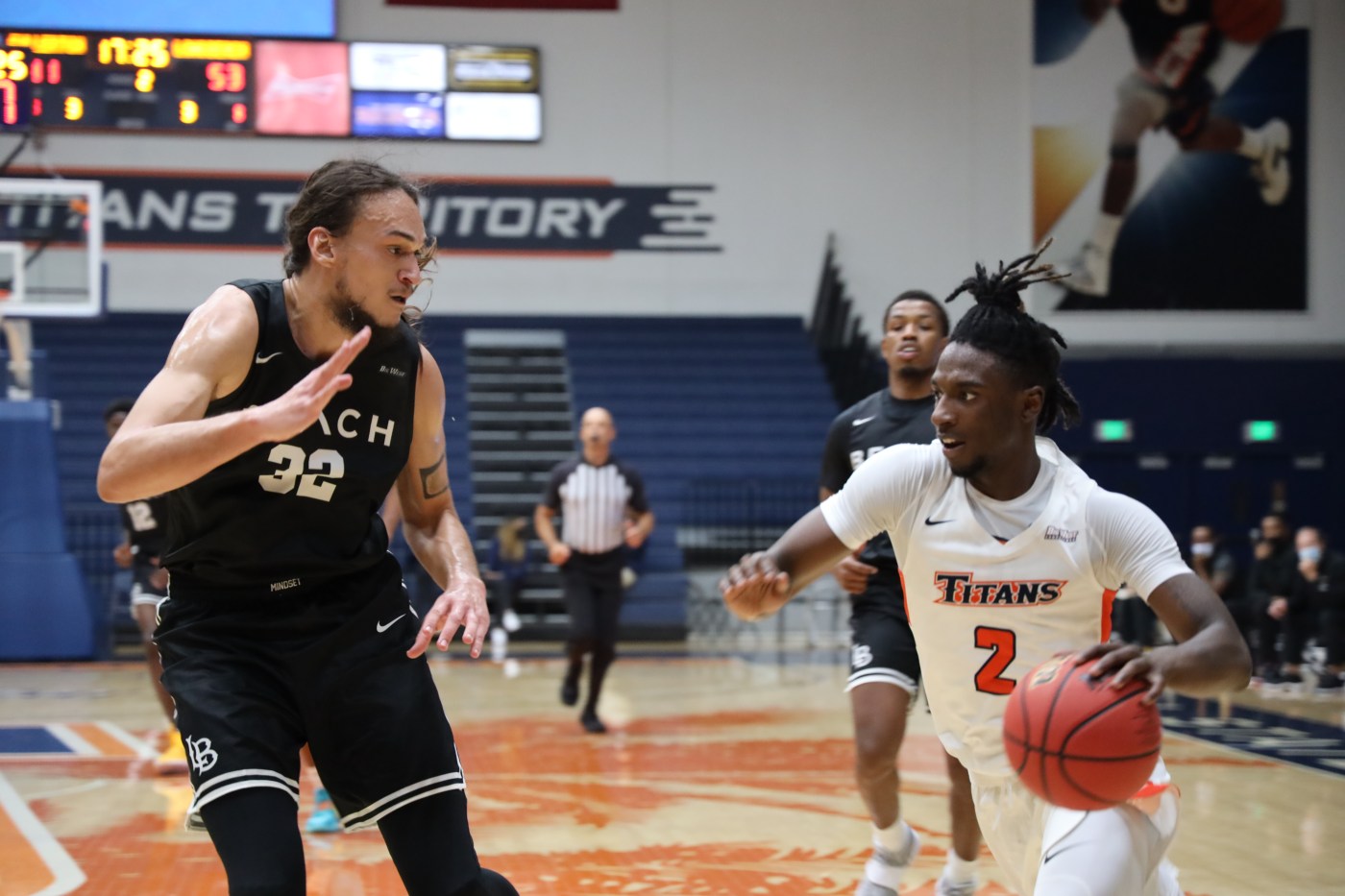 Sometimes all it takes is one noteworthy win to turn around a season. The Cal State Fullerton men’s basketball team might have secured one with its overtime victory over visiting Long Beach State on Saturday night.

The Titans had come up short in an 82-80 loss to LBSU on Friday and found themselves trailing their rivals by 12 at halftime the following night before something clicked. They started the second half on a 19-0 run before prevailing in the extra period, 75-72.

Fullerton is now 1-3 in Big West Conference play, instead of 0-4. Moreover, the win showed the character of a team that entered this season having lost several front-line players to graduation.

“It says a lot,” Titans coach Dedrique Taylor said. “It says a great deal in terms of they have no quit in them. That’s something that they started back in June and July, to not quit on each other.”

It was more than that, though.

“I think, more importantly, they started to realize that it wasn’t necessarily the opponent that was causing them to do what they were doing, it was themselves,” Taylor said.

Taylor said his players’ performance in the second half on Saturday had everything to do with focused, deliberate play, something the team can build on moving forward.

Accenture salary data reveals how much it pays for jobs in consulting, data science, engineering, and computer programming

“When you win, I think you want to win more,” he said. “You have a certain level of confidence and it gave us that. It gave us confidence in what we’re doing and what we’re trying to do.”

Fullerton (2-3 overall) has played just five games so far, because of coronavirus issues that have led to several canceled games and twice having to pause the program for quarantine purposes. The Titans’ games scheduled for Friday and Saturday at UC Davis have been canceled.

But Taylor has been able to get a good look at junior transfer Tray Maddox Jr., a 6-foot-6 guard who previously played at Oakland University in Michigan. He leads the Titans in scoring (16.6 ppg) while shooting 50.8% from the field, including a 41.4% mark from 3-point range.

“I think Tray’s given what he’s capable of in terms of his maturity and his experience at the University of Oakland,” Taylor said.

Maddox averaged 9.1 points and 2.2 assists as a sophomore at Oakland.

Freshman Jadon Jones – a 6-5 guard – played a total of 11 minutes his first two games for Long Beach State (3-4 overall, 2-2 Big West). But, due to injuries to others, he’s averaged 26.2 minutes over the past five games, and the added minutes have paid dividends.