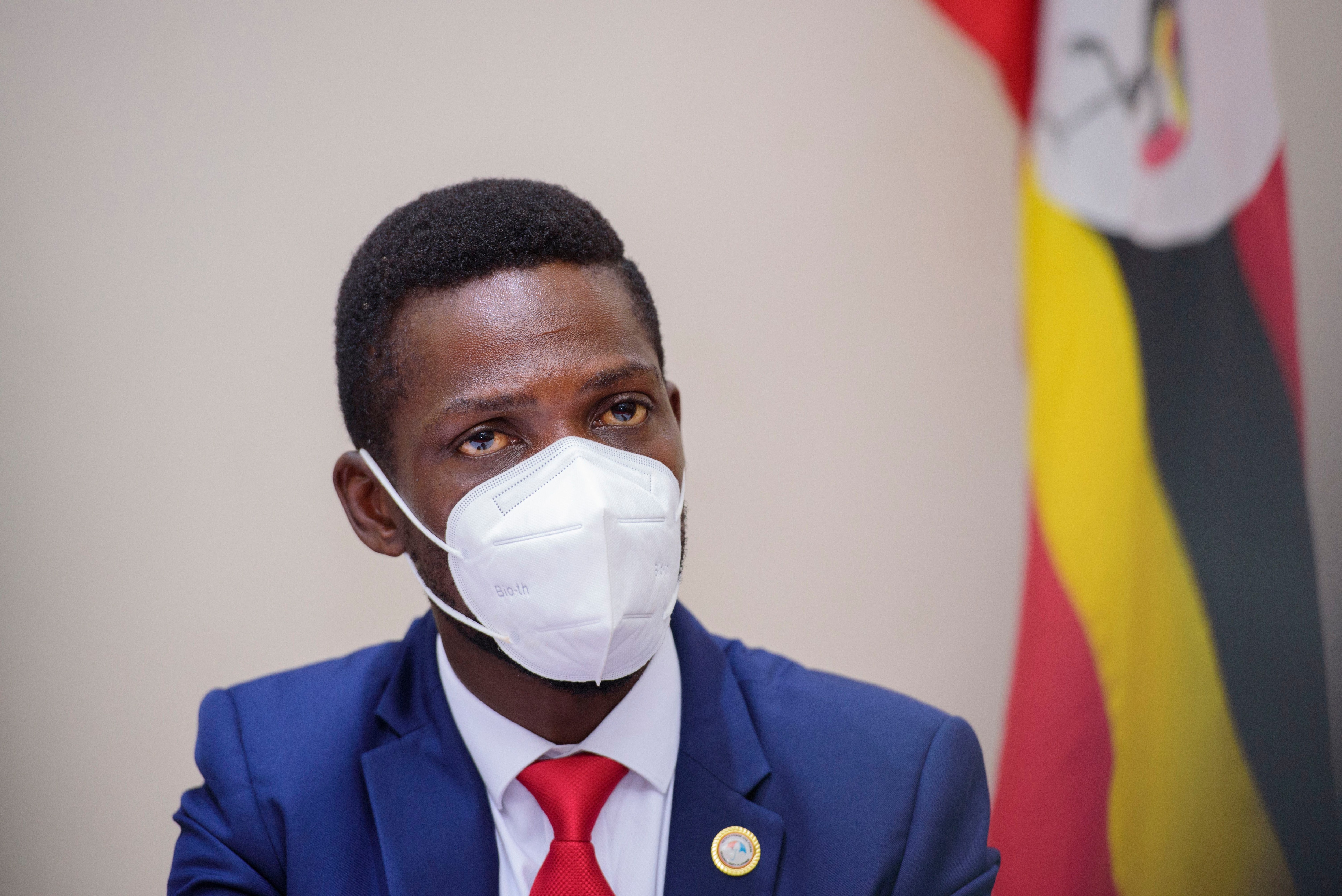 “The terror, frankly, is unprecedented,” said Kizza Besigye, a veteran opposition leader who challenged longtime President Yoweri Museveni in four elections. “Violence, terror seem to be scaled up with every coming election. This election has witnessed untold violence. It gets worse and worse by the day.”

The army spokeswoman did not respond to a request for comment. The police spokesman was unavailable.

Wine, a popular singer and lawmaker whose real name is Kyagulanyi Ssentamu, spoke alongside other opposition figures in the capital, Kampala, on the last day of campaigning as they seek to deny Museveni another term.

The atmosphere is increasingly charged. The military is in charge of all security operations in the Kampala metropolitan area. Wine, who insisted his campaign is nonviolent, urged his supporters not to be intimidated by the security forces.

At least 54 people were killed in Kampala and other parts of the country in November as security forces put down riots provoked by the arrest of Wine for allegedly violating campaign regulations aimed at preventing the spread of the coronavirus.

Those deaths form a critical part of Wine’s petition to the International Criminal Court to investigate alleged acts of torture, mutilation and murder of civilian protesters by security forces.

Wine and other leading opposition candidates on Tuesday said they had launched a concerted effort to protect against vote-rigging at polling stations. They are urging their supporters to stay within 100 meters of polling stations rather than return home as the electoral commission is demanding. That means potential confrontations with security forces.

Police and military personnel now patrol the streets in parts of Kampala.

Ugandan authorities also appeared to shut down Facebook on Tuesday in retaliation over its decision to censor many Ugandan accounts linked to Museveni that were allegedly engaged in inauthentic behavior.

Many Ugandans said WhatsApp also was not working.

A presidential spokesman on Monday accused Facebook of meddling in the East African country’s election.

A spokesman for the Uganda Communications Commission, the regulator, did not respond to requests for comment.

Ugandan authorities have asserted an urgent need to prevent the spread of the coronavirus in imposing restrictions on presidential candidates, including a ban on campaigns in Kampala and other urban areas.

Many among Wine’s campaign team are now in detention. Wine has been arrested many times and sometimes beaten in the past year for alleged offenses such as disobeying lawful orders. He has not been convicted of any charges.

Museveni, who has ruled Uganda since 1986, has accused Wine of being “an agent of foreign interests.” The 76-year-old leader has defied calls for his retirement, saying he has been elected many times by Ugandans who love him.

Ugandan polls are often marred by allegations of rigging. The country has never seen a peaceful transfer of power since independence from …read more