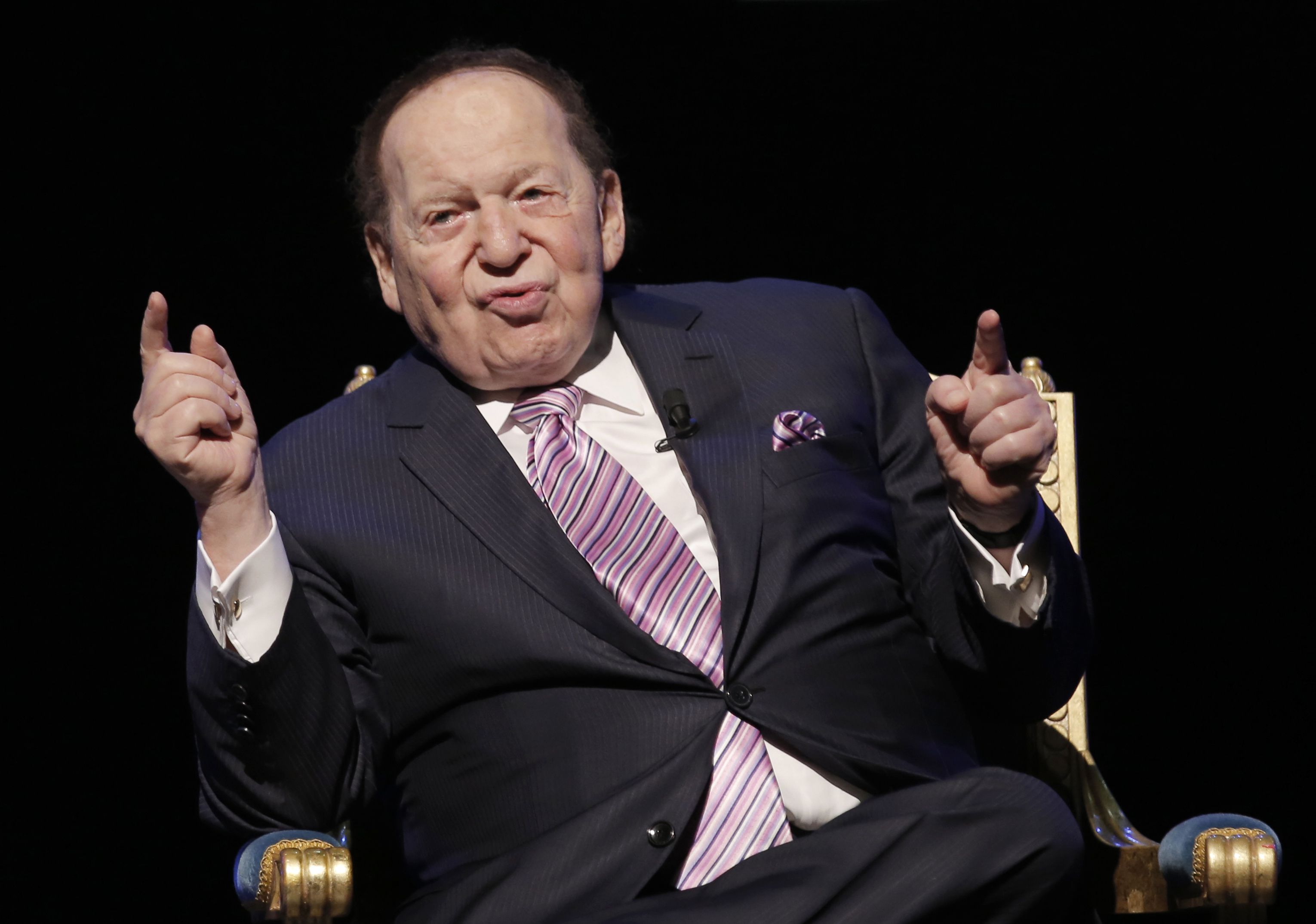 Sheldon Adelson, the billionaire mogul and power broker who built a casino empire spanning from Las Vegas to China and became a singular force in domestic and international politics has died after a long illness, his wife said Tuesday.

At one point the third richest man in the world, Adelson brought singing gondoliers to the Las Vegas Strip and went all-in betting Asia would be a bigger jackpot than Sin City.

He was the son of Jewish immigrants, raised with two siblings in a Boston tenement, who over the second half of his life became one of the world’s richest men. The chairman and CEO of the Las Vegas Sands Corporation brought singing gondoliers to the Las Vegas Strip and foresaw correctly that Asia would be an even bigger market. In 2018, Forbes ranked him No. 15 in the U.S., worth an estimated $35.5 billion.

“If you do things differently, success will follow you like a shadow,” he said during a 2014 talk to the gambling industry in Las Vegas.

Blunt yet secretive, the squatly-built Adelson resembled an old-fashioned political boss and stood apart from most American Jews, who for decades have supported Democrats by wide margins. Adelson was considered the nation’s most influential GOP donor over the final years of his life, at times setting records for individual contributions during a given election cycle.

In 2012, Politico called him “the dominant pioneer of the super PAC era.”

Adelson regularly hosted the party’s top strategists and most ambitious candidates at his modest office, wedged among the casinos on the Strip. Throughout, he helped ensure that uncritical support of Israel became a pillar of the GOP platform, never more visibly demonstrated than when the Trump administration relocated the U.S. embassy from Tel Aviv to Jerusalem in 2018.

The inflammatory move had been adamantly opposed by Palestinians and was long a priority for Adelson, who had even offered to help pay for it, and for the Republican Jewish Coalition, of which he was the primary benefactor. Adelson and his wife, Miriam, were front and center at the ceremony in Jerusalem.

When asked at a gambling conference what he hoped his legacy would be, Adelson said it wasn’t his glitzy casinos or hotels, it was his impact in Israel. He donated $25 million, a record sum for a private citizen, to Israel’s Yad Vashem Holocaust Memorial. He established a think tank in Jerusalem. He was closely aligned with the conservative Likud party and funded a widely-read free daily newspaper called “Israel Hayom,” or “Israel Today,” so supportive of Prime Minister Benjamin Netanyahu that some Israelis nicknamed it “Bibi-ton.”