Sen. Mitch McConnell said to be pleased about Trump impeachment 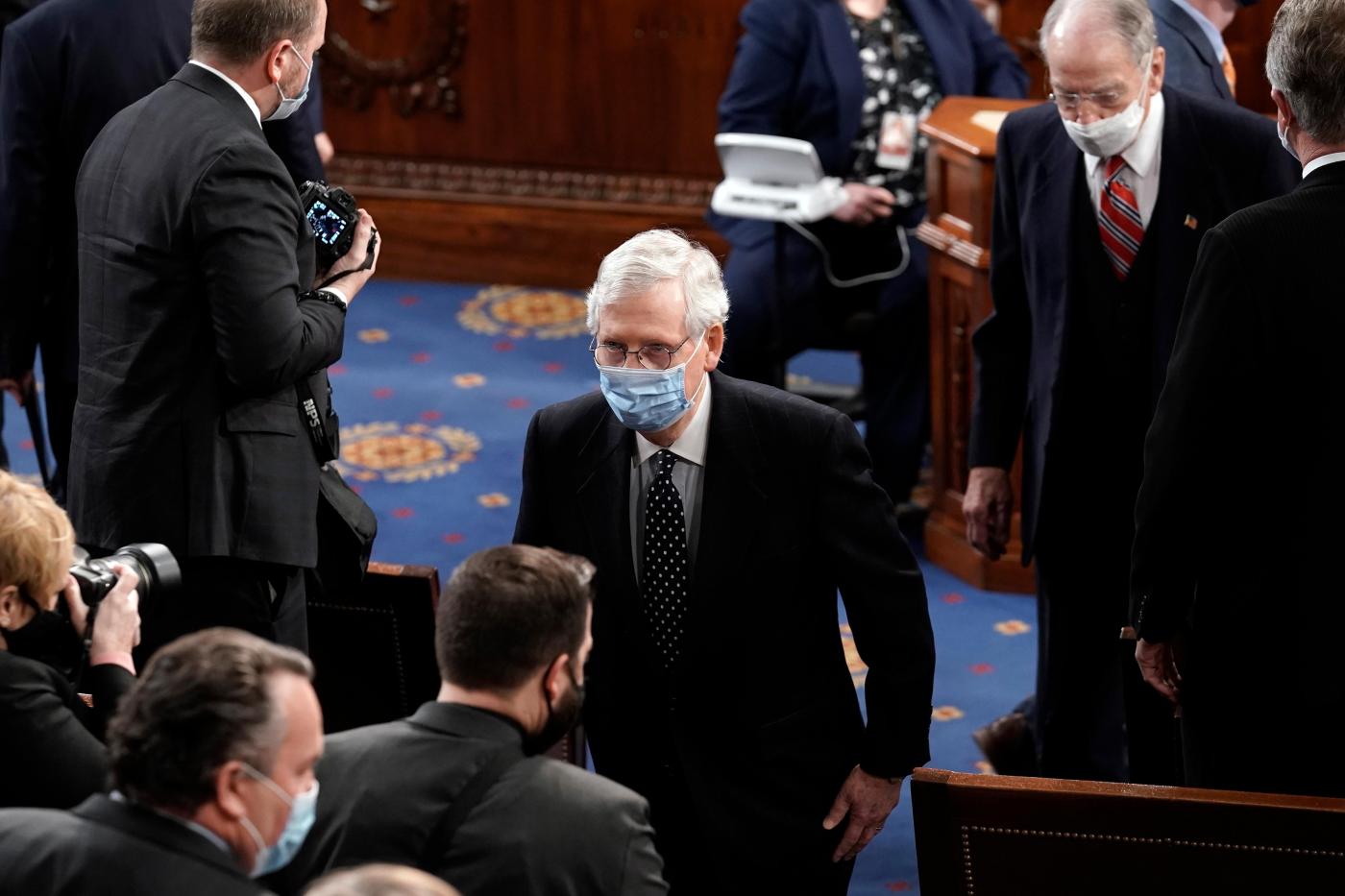 Sen. Mitch McConnell, the Republican leader, has told associates that he believes President Donald Trump committed impeachable offenses and that he is pleased that Democrats are moving to impeach him, believing that it will make it easier to purge him from the party, according to people familiar with his thinking.

The House is voting Wednesday to formally charge Trump with inciting violence against the country.

At the same time, Rep. Kevin McCarthy, R-Calif., the minority leader and one of Trump’s most steadfast allies in Congress, has asked other Republicans whether he ought to call on Trump to resign in the aftermath of last week’s riot at the Capitol, according to three Republican officials briefed on the conversations.

McCarthy and other party leaders have decided not to formally lobby Republicans to vote “no,” and an aide to McCarthy said he was open to a measure censuring Trump. In private, McCarthy reached out to a leading House Democrat to see if the chamber would be willing to pursue a censure vote, although Speaker Nancy Pelosi has ruled it out.

The stances of Congress’ two top Republicans reflected the nature of the crisis that the party faces after last week’s assault by a pro-Trump mob during a session to formalize President-elect Joe Biden’s electoral victory.

As more violent images emerged Tuesday from the mayhem wrought by the rioters, and as lawmakers were briefed about threats of more attacks on the Capitol, rank-and-file Republican lawmakers grew angrier about the president’s role in the violence.

Trump has shown no trace of contrition, telling reporters Tuesday that his remarks to supporters had been “totally appropriate,” and that it was the specter of his impeachment that was “causing tremendous anger.”

This 23-year-old CEO founded two businesses at university. These are her 6 tips to maximize productivity

McConnell, R-Ky., has made clear in private discussions that he believes now is the moment to move on the weakened lame duck.

On Monday, Biden telephoned McConnell to ask whether it was possible to set up a dual track that would allow the Senate to confirm Biden’s Cabinet nominees and hold a Senate trial at the same time, according to officials briefed on the conversation who disclosed it on condition of anonymity.

McConnell said it was a question for the Senate parliamentarian, and promised Biden a quick answer.

Analysis: For Trump and the nation, a final test of accountability

Why Biden’s immigration plan may be risky for Democrats

The Crash Bandicoot creator who now runs Facebook’s gaming operation reflects on a tough 2020: ‘It’s hard to say there have been many upsides.’