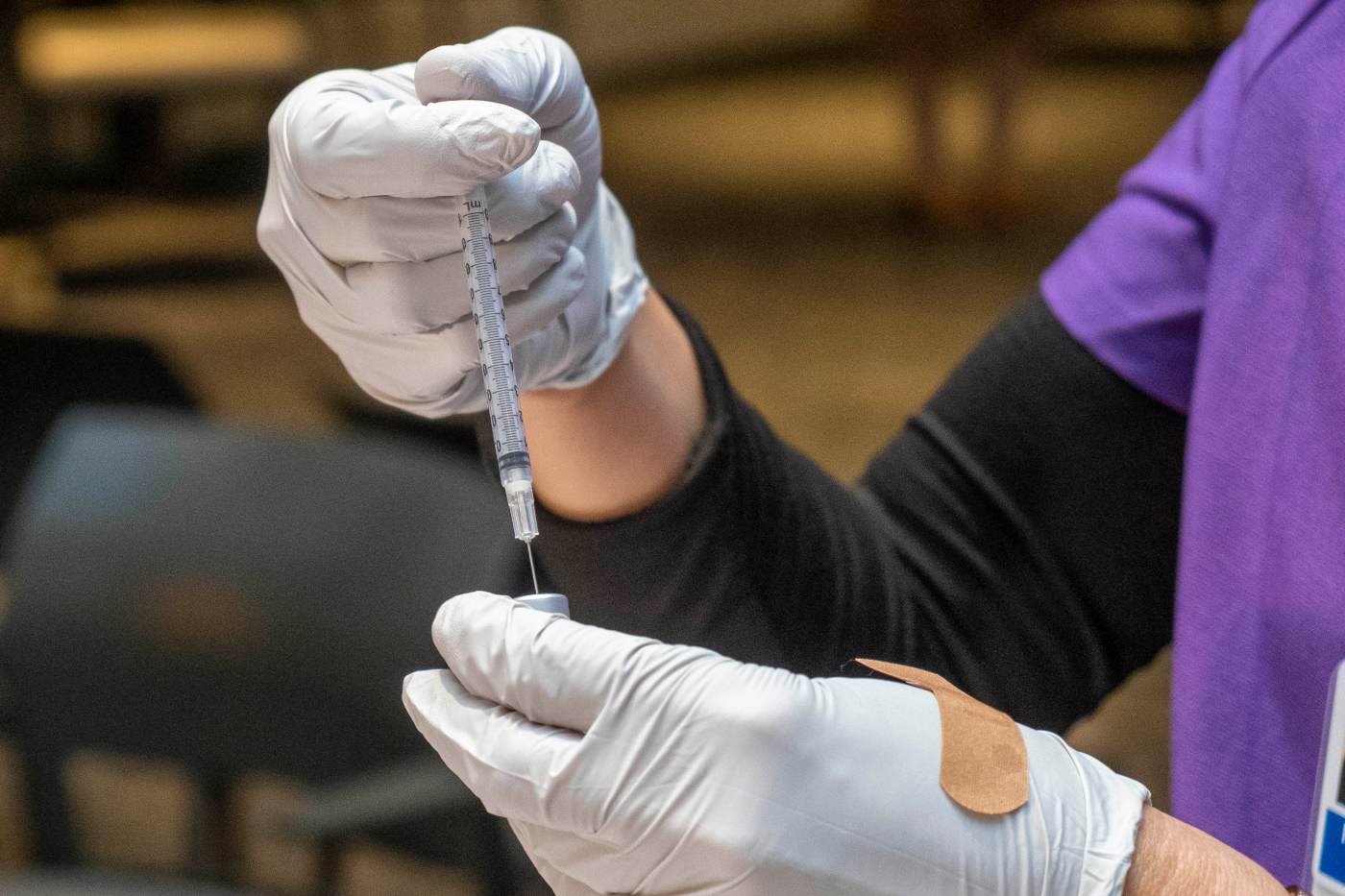 “It’s a sprint, not a marathon,” he would say in urging Californians to wear masks, avoid large gatherings and otherwise slow infection rates while the state implemented an ambitious vaccination program.

Weeks later, the disease is still raging uncontrollably, especially in Southern California. As of Sunday, according to a CalMatters tracker, the state had 2,670,962 confirmed cases and 29,701 deaths.

Meanwhile, the vaccination program that Newsom promised is seemingly bogged down. Newsom said Monday that 783,436 doses of vaccine had been administered, 31.6% of the 2.5 million it had received from suppliers. However, that’s below the national rate of 36% and, according to a Bloomberg survey published on Monday, one of the lowest rates of any state.

Although California had spent months planning the vaccination rollout and had adopted a seemingly bulletproof priority list, with health care workers at the top, in practice it has lagged behind expectations.

One factor, apparently, is a software program that isn’t working as expected.

“California’s COVID-19 vaccine rollout is being at least partially slowed by technical problems with a software program used by the state to coordinate vaccine distribution,” the Los Angeles Times reported last week.

“The online software system, PrepMod, is a vaccine management tool used to coordinate waitlists and inventory as well as send email proof of vaccinations to patients. It is unclear how widespread the problem is, but some providers, ranging from public clinics to nursing home operators, say the system is at times limiting access to the much-needed vaccines. The software is hosted on the state’s CalVax website.”

That a state technology glitch is impeding the vaccination program should not surprise anyone because California is notorious for high-tech systems that promise better and faster services, but fail to deliver — such as those in the Department of Motor Vehicles and the Employment Development Department. In fact, snafus in the state’s infectious disease reporting system led to underreported COVID-19 tests last year.

The stumbling vaccination program is — as it should be — highly embarrassing for Newsom.

“I don’t think Californians can understand why we have hundreds of thousands of doses sitting there, and they’re not being administered,’’ Garry South, a Democratic strategist who advised Newsom’s 2010 gubernatorial campaign, told Politico. “California’s been through nearly 10 months of hell, and now there’s potentially a light at the end of tunnel with these vaccines — but it doesn’t do anybody any good if they’re not administered.”

As he unveiled his 2021-22 budget last Friday, Newsom was peppered with questions from reporters about the lagging vaccination rollout.

He included $372 million for vaccination distribution in the budget, acknowledged the program “is not good enough” and promised that the state would inoculate an additional one million Californians over the next nine days.

A man in Colorado bought into an unprofitable auto repair shop at age 19. Here’s how he turned it into the highest-earning store in the franchise for nearly 20 years.

Raymond James’ investment chief breaks down his prediction for the market’s trajectory in 2021, including the 5 sectors he’s most bullish on — and shares why he thinks tech stocks are just getting started

Will Duchess Kate get an honor from the Queen for Kate’s wedding anniversary?