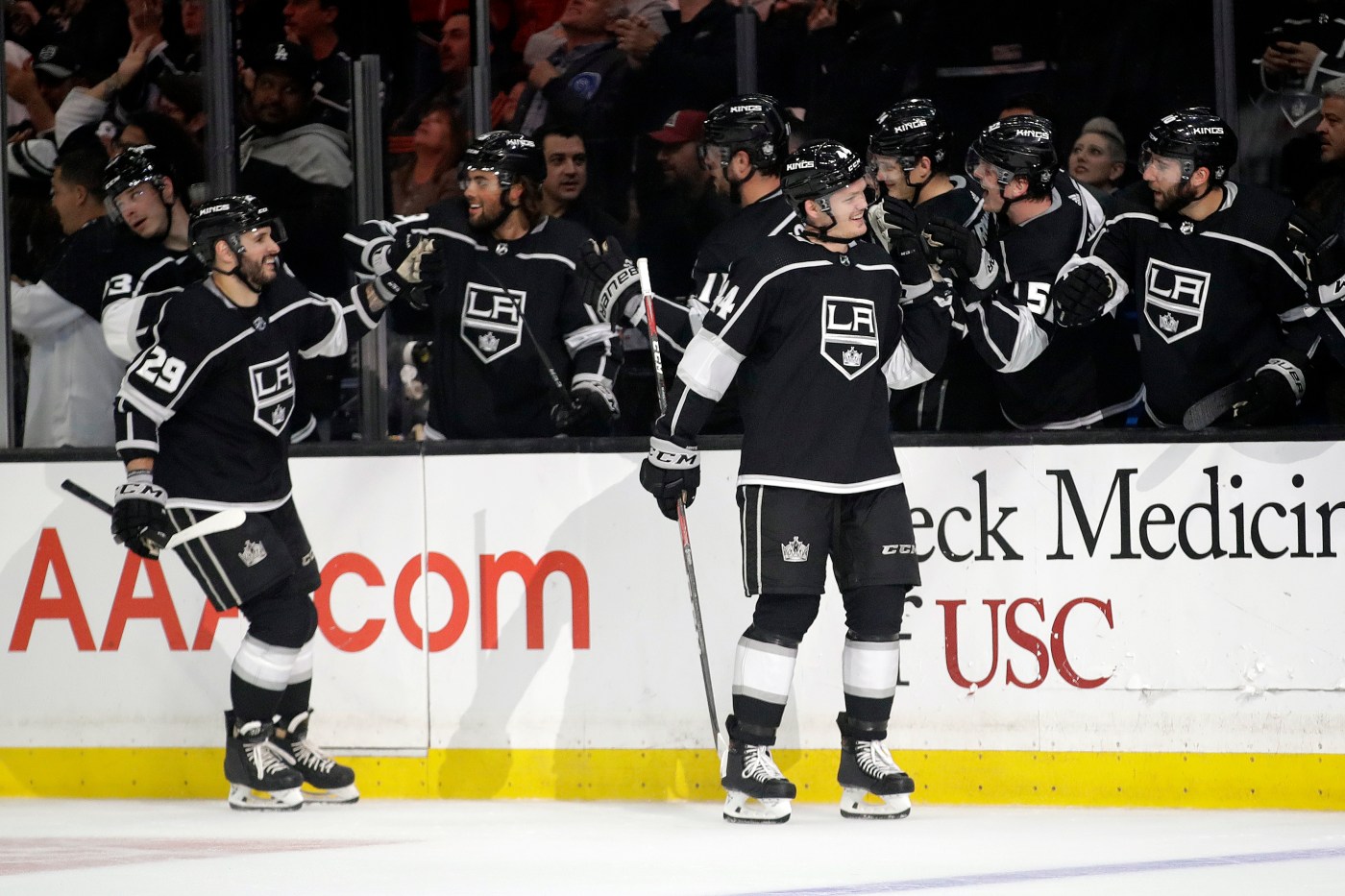 While the Kings have been quietly discussing their chances to return to the playoffs during their training camp, virtually every prognostication, simulation, betting odds and other projection has them missing the postseason for a third consecutive year.

What will it take to reconcile internal and external expectations and defy the experts?

Becoming a more efficient team within Todd McLellan’s speedy system will be a key, as last season the Kings frequently outshot opponents but much less frequently outscored them. They accumulated the third-most shots on goal in the NHL, but finished 30th in goals scored

Defensively, they made considerable strides, according to McLellan as well the team’s veterans. Individual players who were thrust into duty early in the season appeared much more comfortable toward the end of the campaign, which factored into a seven-game win streak to close last year’s truncated season.

Now, they face the challenge of having an even younger roster than the past two seasons and seeing two of the top four Stanley Cup contenders – the Colorado Avalanche and Vegas Golden Knights – for 16 of their 56 games, as well as the 2019 champion St Louis Blues.

Here are four key factors to the Kings continuing to move the needle in 2021.

Hockey is no stranger to stoppages, having been through lengthy labor disputes in 1994-95 and 2012-13, and having lost a full season in 2004-05. In those cases, the extra rest helped resuscitate and extend the careers of some veteran players.

While 24 of the 31 NHL franchises returned to play during the summer, the Kings were one of seven teams that had been off since March. With center Anze Kopitar, goalie Jonathan Quick, defenseman Drew Doughty, winger Dustin Brown and forward Jeff Carter all having logged considerable mileage, the down time was welcome.

Carter underwent core muscle surgery in June. He’s one of several veterans on the seven non-playoff teams, such as former King Wayne Simmonds, who was optimistic about how improved health could help turn around his play in a league that gets younger every year.

Kopitar was the Kings’ only 20-goal scorer last season, and limited offense created a narrow margin for error. A boost to the core of the Kings’ roster could give them a bit more breathing room.

Still elite or falling off?

Among those veterans is Doughty, one of the most accomplished defensemen in hockey history who is under contract for seven more seasons at a cap hit of $11 million per season.

While Doughty still has the mobility and vision that separated him even from some other elite defensemen, losing at this level has taken a toll on him. He has been a player who thrived with high stakes, but the Kings have had little of significance to play for over the past two seasons. During those campaigns, his possession numbers have been career worsts, and he skated to a combined negative-50 rating after posting a plus-93 in his career through 2018. His power-play production also dipped from 24 points in 2018-19 to 14 last season..

Yet the Kings …read more